Nokia X7 aka Nokia 7.1 Plus passes Geekbench with Snapdragon 710 SoC 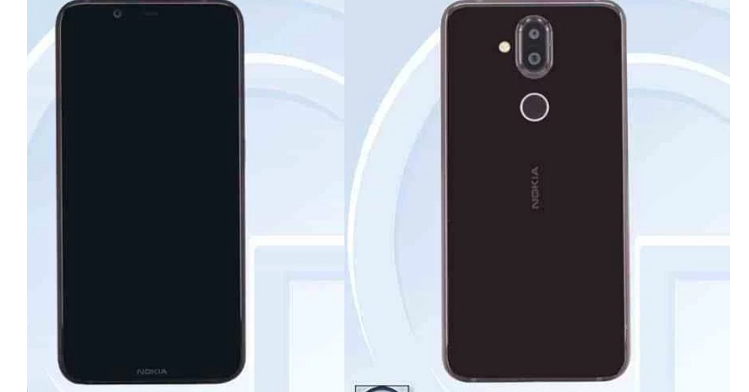 The Nokia 7.1 Plus still continues its journey in the realm of leaks as the Nokia unanticipatedly took the wraps off the Nokia 3.1 Plus at yesterday’s launch event. The Nokia 7.1 Plus is expected to replace the Nokia 7 Plus but oddly enough was not announced with the Nokia 7.1 that became official some days back. From the looks of it, HMD Global could very well debut the Nokia X7 first which is the Chinese equivalent of the Nokia 7.1 Plus. However, the handset (Nokia X7) has appeared on Geekbench today. 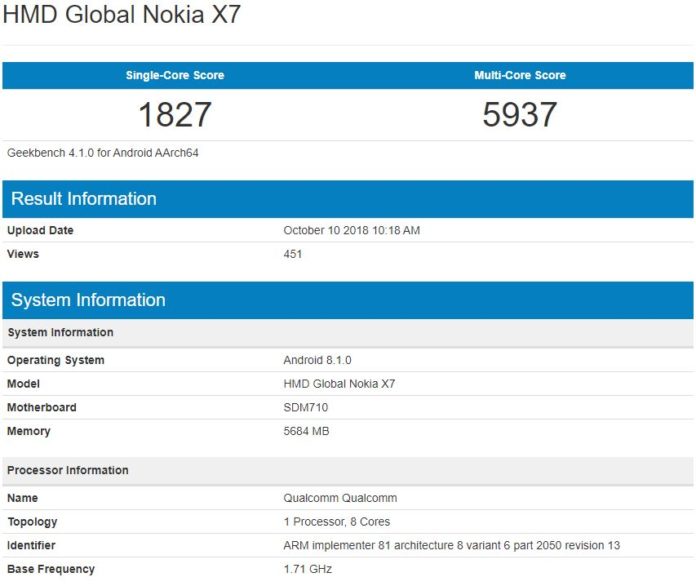 As per the listing, the Nokia X7 would feature the new Snapdragon 710 SoC, a predictable upgrade over the Snapdragon 660 of its predecessor. The processor would be helped by 6GB of RAM and we don’t know yet if there are other variants.  It runs Android Oreo which is a bit of a surprise considering Nokia phones now have undiluted stock Android. The listing was first spotted by Dutch site Telefoon Abonnement.

The Nokia X7 has passed TENAA certification and we have the full blueprint of the handset that will be launching shortly in China. It has a 6.18-inch display that produces Full HD+ resolution of 2246 x 1080p and this hints at a notch design. Furthermore, the handset designated with model number TA-1131 has a dual 12MP + 13MP rear camera setup and a single 20MP shooter sits at the front of the phone. It has a 3,400mAh battery and is poised to launch on October 16th in the country as HMD Global teased it on Weibo.