It’s not just Xiaomi that has been thinking about a gaming smartphone in China. In fact, in an identical fashion to Xiaomi, Nubia has given birth to a brand called ‘Red Magic’. The chief purpose of its inception is to create gaming hardware and accessories. But Red Magic has already been working on a gaming device called “Red Devil”. The company posted on Weibo that the handset will be released on April 19.

Now Nubia did show off some concept gaming phone prototypes at MWC 2018. It is quite likely that one of these prototypes will be Red Devil. Apart from this clue, we don’t have any leaked images of the device. The new sub-brand’s invite can be seen above with dates mentioned at the bottom. While the words in Chinese roughly translate to “first e-sports game mobile phone”. 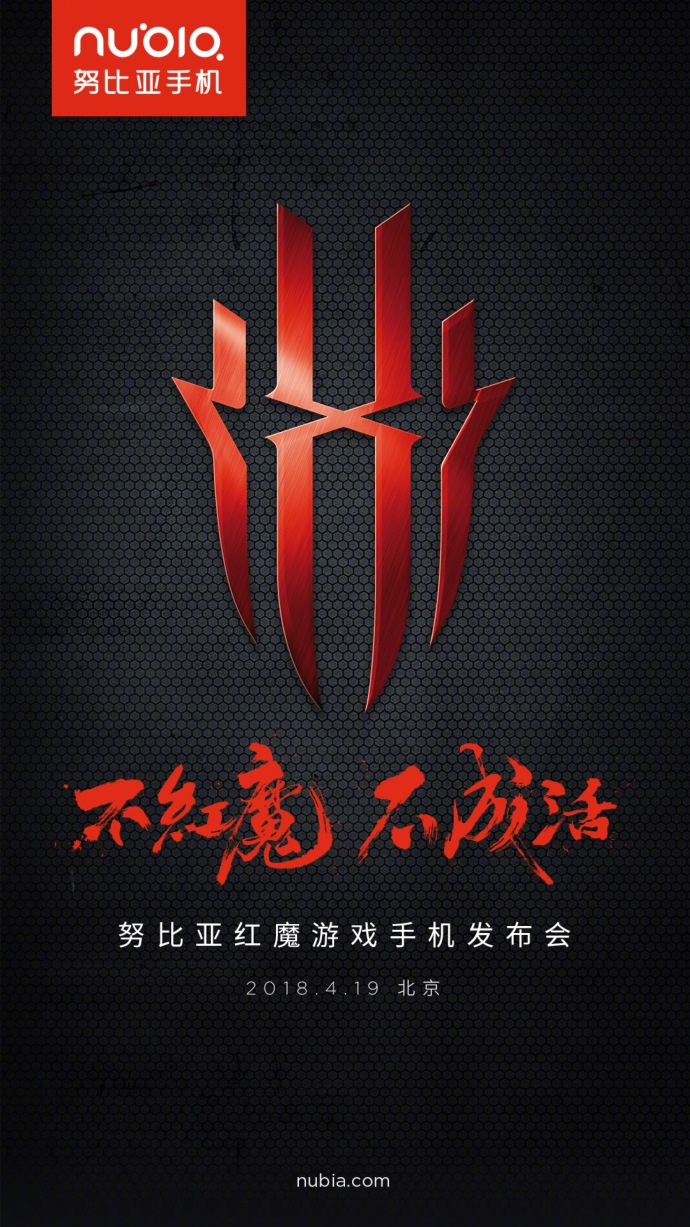 Whatever the design, we can expect top draw specs on the handset. Hence, a Snapdragon 845, at least 6GB of RAM and a Full-HD screen are a given. Nubia’s Red Devil handset will probably go head-t-head with Xiaomi’s Black Shark launching on April 13. Nubia recently launched the Z18 Mini in Chinese markets as well as the Nubia N3 catering to different mid-range sections of the market.