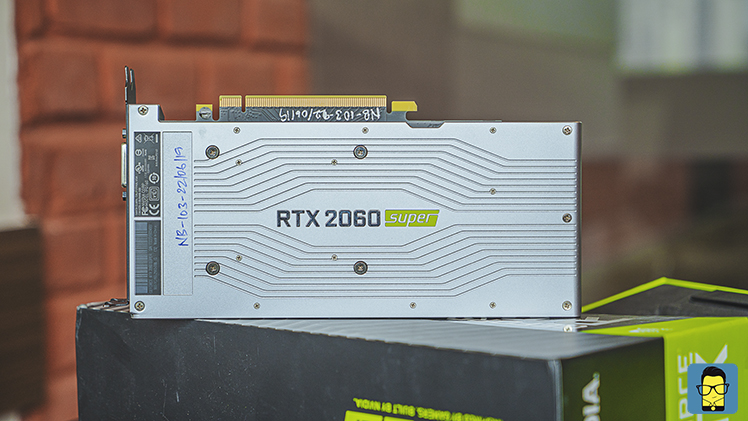 Last year at Gamescom 2018, Nvidia shocked the world when it launched its new RTX series GPUs. Now, while it did take some time for its competition to catch up, AMD recently launched the RX 5700 and the RX 5700T GPUs. This basically pushed the Green team to offer some better value for money, and they launched the new Super Series, for the RTX 2060, 2070, and 2080. That said, the most intriguing option has to be the first one. You see, the RTX 2060 sits right in the middle of GTX 16-series and the RTX-20 series. If you want to buy a GPU for 1080p gaming, the RTX 2060 is the card to go for. So, what has changed with the RTX 2060 Super, and is it still the go-to recommendation? Let’s find out.

For the purpose of this review, Nvidia was gracious enough to send over their Founders Edition unit of the RTX 2060 Super. In terms of design, nothing has changed from the previous generation. However, that isn’t a bad thing by any means. Crafted with premium materials and components, the RTX 2060 Super is a work of art. In fact, the symmetry of the dual-fan setup is amazing, and the RTX Super branding is subtle, yet powerful. The new dual-fan setup brought around in this generation impacts the performance too. I’ll get to that later on in this review though, so keep reading. 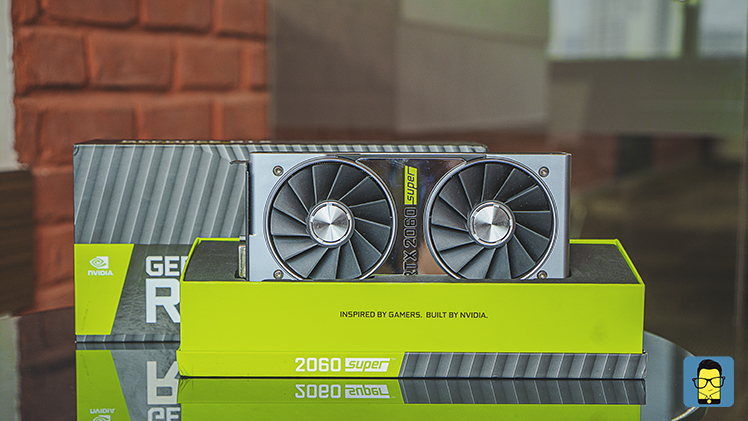 The bottom portion of the GPU consists of the PCI Express x16 pins, while the upper half houses the next-gen 8-phase power supply. As for the ports, you get 3x Display Port, an HDMI port, and a Type-C port which can be used for VirtualLink. This is followed by the exhaust for the blower fans. The branding is also quite subtle here. You get the GeForce RTX logo on the top of the GPU, which also lights up in green when plugged in. There is also the RTX 2060 Super naming on the back-plate. All in all, the design, which is synchronous throughout the RTX series, looks quite premium.

Performance: lives up to the hype

Before I get to the frame rates, it is important to understand what has changed with the RTX 2060 Super. As per the naming convention, the RTX 2060 Super sits in the sweet spot between the RTX 2060 and the RTX 2070. I say sweet spot, ‘coz it offers the best of both worlds. In terms of on-board hardware, it is pretty close to the standard 2070. However, in terms of price, not much has changed from the original RTX 2060. Below is a quick comparison of the specifications between the three graphics cards for you to understand better.

Now that we have that out of the way, let’s talk numbers. To test the RTX 2060 Super, I installed it on my test system which comprised of the Intel i7-8700K processor coupled with 32GB of DDR4-3200MHz RAM. All benchmarks were run with the OS loaded on a 240GB SSD while the games were loaded on a 2TB 7200RPM HDD. In all of my tests, I ran the games on Ultra/High Settings on 1920x1080p resolution. 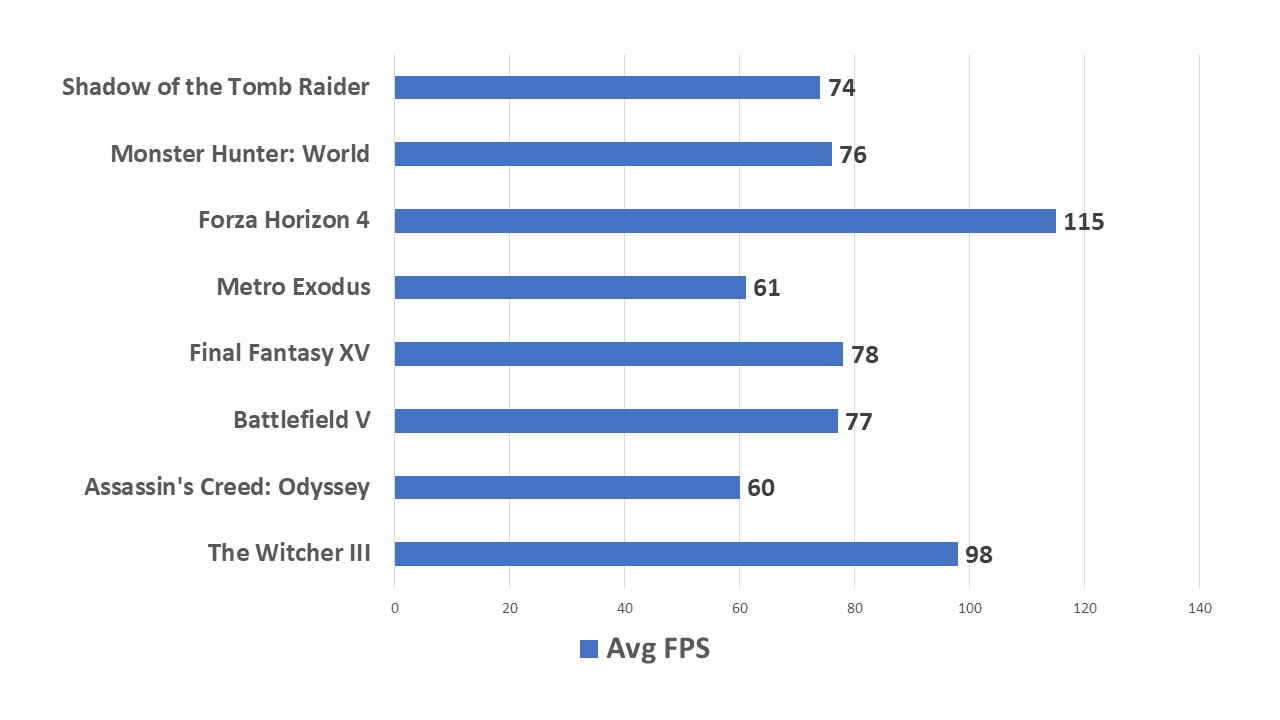 As you can see, the GPU manages to push out around 70+ frames in almost all the titles. However, Metro: Exodus and Assassin’s Creed Odyssey are two games where you might have to tweak your settings to reach that sweet spot of 60fps. One thing to note is that Metro was also making use of Ray Tracing and DLSS, similar to Shadow of the Tomb Raider and Battlefield V. Overall, the performance of the GPU is quite respectable. More importantly, it is a noticeable improvement from the last-gen in all areas.

The whole idea of the new dual fan system with the RTX series was to handle heat better. Throughout its history, Nvidia has always been criticized for its thermal management. In fact, other than out-of-the-box overclocking, the main reason why consumers resort to AIB boards from MSI, ASUS, or Zotac is because of tremendously better thermal performance. Now, with their new dual fan system, they’ve managed to close down the gap. It’s still not there, and I would still prefer and AIB GPU for better thermals, but that is not to say that the Founders Edition cards are bad. 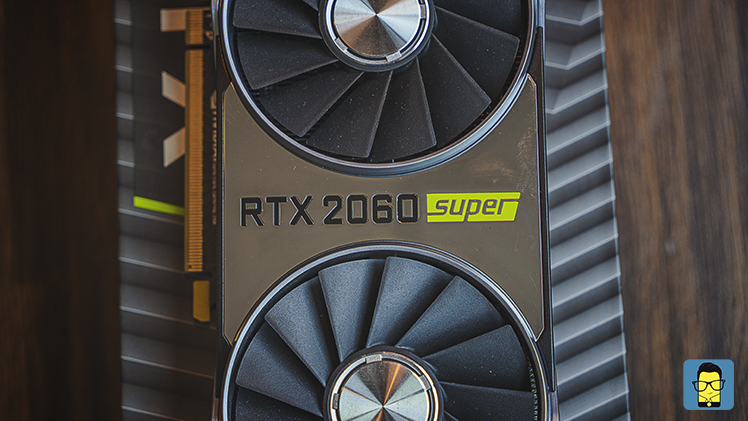 In my testing of the device, I was able to push the device to the 90-degrees mark. To be fair, that was after 8 hours of continuous benchmarking, so there is that. In normal use case scenarios, the temperature of the GPU was hovering near the 73-degree mark. Do keep in mind that while testing, the GPU was mounted inside a Gigabyte AC300W cabinet with all the fan spots occupied. As such, your mileage could vary. But in a nutshell, Nvidia has really worked hard to ensure that for the ideal consumer, temperatures should not be an issue.

Nvidia RTX 2060 Super Pricing: where it all matters

So, let’s get down to the main talking point. We all knew that the RTX 2060 was a great GPU for its price. Then came AMD with the RX 5700, which pushed Nvidia to launch the RTX 2060 Super. And now, while everyone still knows that the RTX 2060 Super is a great card, you have options to consider. So, which one should you go for? Well, let’s talk about the older generation first. Nvidia has not only introduced a new Super edition, but it has also actually replaced the older cards. As such, you cannot buy the OG RTX 2060 from anywhere (apart from left-over stocks). This basically means that if you can wait for a while, you could get the RTX 2060 at a cheaper price. However, truth be told, the performance difference that the RTX 2060 Super offers, I feel you’d be better off with the newer GPU only. It basically gives you a toned down RTX 2070 for a much better price tag, and if you want to stick with the green team, this is the card to go with. 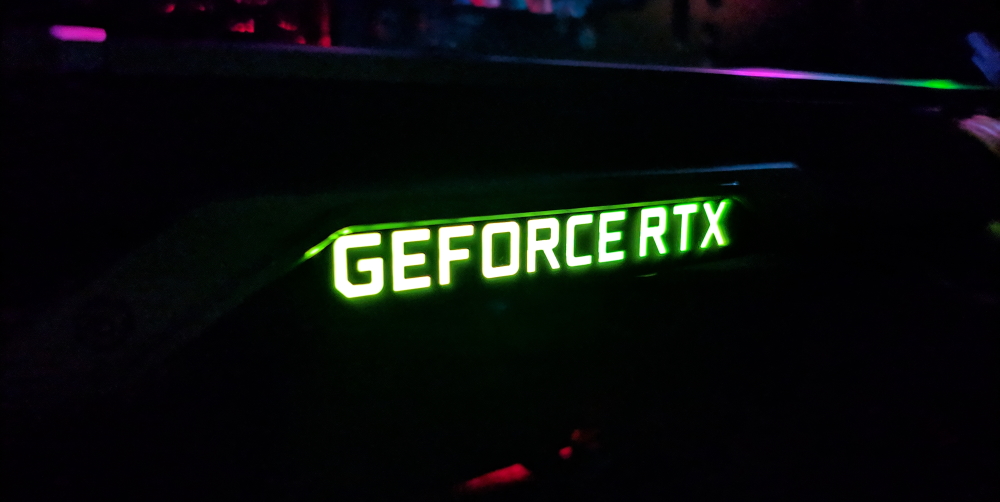 Now, what about the RX 5700? While I am still waiting on my review unit of the same, from early impressions I can tell you that both the cards offer the same performance for the same price. So which one should you get? I’d still say get the RTX 2060 Super, and I have multiple reasons for that. For once, AMD has had a history of incompatibility with some games. As for Nvidia, unless you’re into SLI, you wouldn’t notice any issues out-of-the-box. What’s more, is that if you’re a gamer, the Nvidia GPU offers you more value for money. This is because, with each Nvidia RTX GPU, you get both Wolfenstein: Young Blood and Control free. That is basically ~$100 you save in terms of games, which is something to keep in mind when making your next purchase.