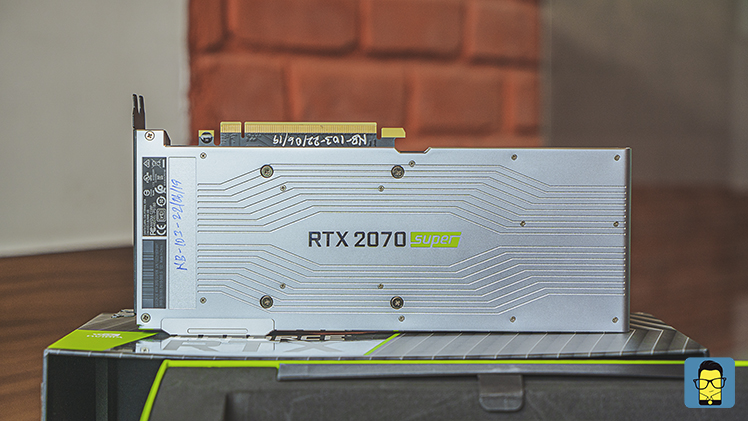 Remember back when in 10-series for the Nvidia lineup, the company surprisingly introduced the GTX 1070 Ti? The GPU was meant to be a bridge between the GTX 1070 and the GTX 1080. However, while the improvements were there, the card failed to impress many people, considering how the GTX 1080 would easily outpower it without spending a lot more. With the newer generation of 20-series GPUs, however, Nvidia seems to have corrected itself. They’ve removed both the RTX 2070 and RTX 2080 from the market and brought in the RTX 2070 Super, which offers the perfect balance between performance and price. I’ve spent a good load of time with the device, and honestly, I’ve come to the conclusion that this is the go-to value-for-money graphics card for 1440p RTX gaming in 2019, as well as the years to come. Read on to find out exactly why, in my RTX 2070 Super review.

Design And Build Quality: “If it ain’t broke, don’t fix it”

The design of the entire RTX 20-series is the same, even in the Super line-up. That isn’t essentially a bad thing to be fair. The new dual-fan setup works really well at cooling the graphics, in most cases. While I’ll get to the thermals later, the overall look of the GPU is definitely premium. 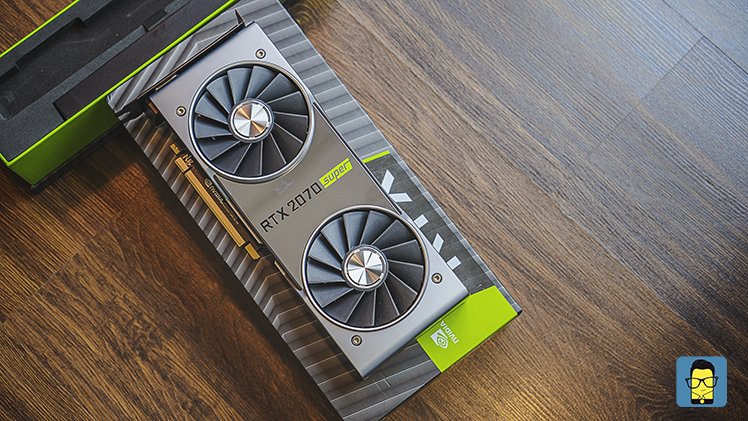 The bottom portion of the GPU consists of the PCI Express x16 pins, while the upper half houses the next-gen 8-phase power supply. As for the ports, you get 3x Display Port, an HDMI port, and a Type-C port which can be used for VirtualLink. This is followed by the exhaust for the blower fans. The branding is also quite subtle here. You get the GeForce RTX logo on the top of the GPU, which also lights up in green when plugged in. 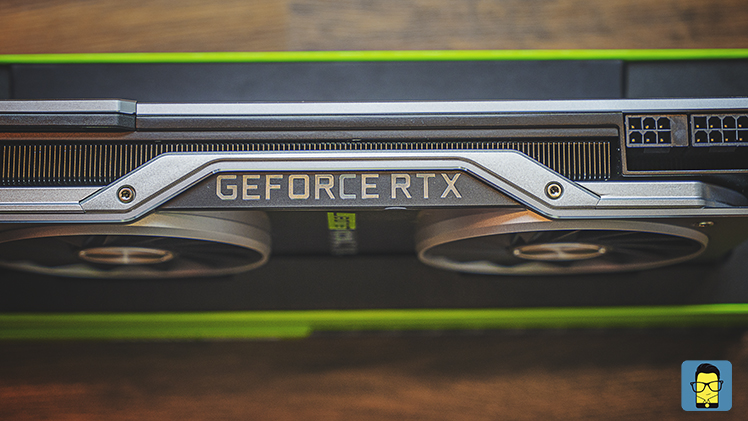 On the back-plate, there is the RTX 2070 Super branding as well. All things considered, the card looks super-premium, and even though it’s going to spend its time inside your build, it is a card worth flaunting through the side panel.

Performance: your ticket into the world of 1440p gaming

Now that we have that out of the way, let’s talk numbers. To test the RTX 2070 Super, I installed it on my test system which comprised of the Intel i7-8700K processor coupled with 32GB of DDR4-3200MHz RAM. All benchmarks were run with the OS loaded on a 240GB SSD while the games were loaded on a 2TB 7200RPM HDD. In all of my tests, I ran the games on Ultra/High Settings on 1440p resolution. 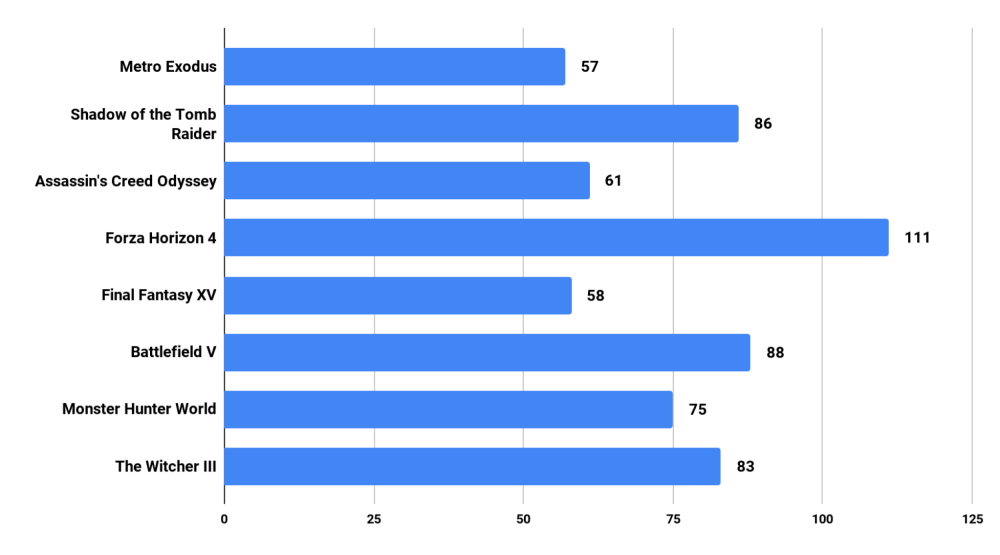 As you can see from the benchmarks, the RTX 2070 Super manages to push out respectable frames in the QHD department. Sure, you can crank it up to game on 4K as well, though touching the 60fps mark on those demanding titles might require you to lower your settings. On the other hand, the RTX 2070 Super works perfectly for QHD gaming at 60fps or above. Even in demanding titles like Metro Exodus and Assassin’s Creed Odyssey, I was able to reach 60fps quite easily.

Thermals: Good enough for most users

As I pointed out in my review of the RTX 2060 Super, the dual fan design is pretty good, and a major improvement over the blower design on the 10-series. However, the fact that the GPU comes with room for overclocking just so happens to be the downfall in the thermals segment for this GPU. You see, for most users running the GPU at its rated clock speeds wouldn’t be an issue. 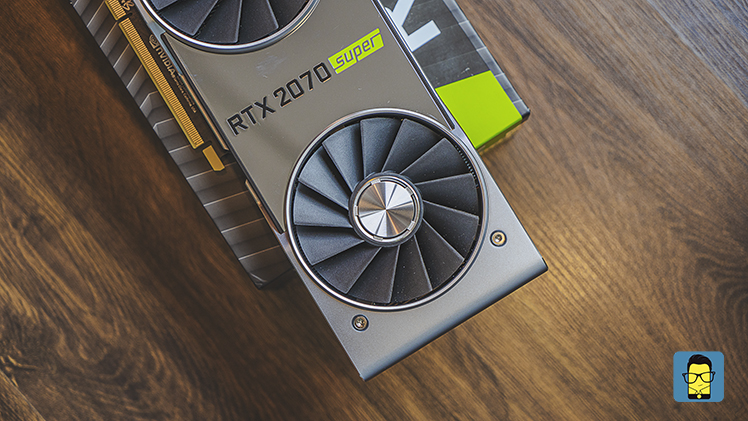 However, once you turn things up a notch, trying to push the GPU to its boost speeds, the temperatures start soaring in the 85-degrees Celcius. In fact, while gaming, it took me just under 2 hours to push the device to the 90-degree mark. Yes, your mileage could vary, but for most users, overclocking would require you to put in some extra fans to facilitate proper ventilation of the system. 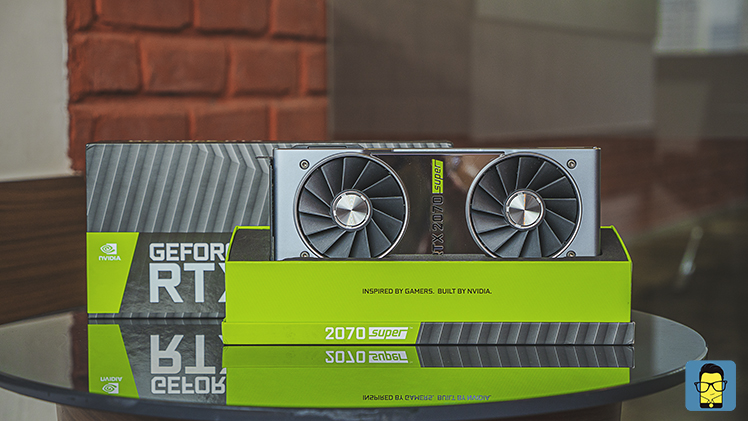 The RTX 2070 Super comes with a price tag of Rs. 43,600. That puts it right alongside the Radeon RX 5700XT which is priced at ~ Rs. 37,000. The price difference is there, but you also get a lot of added benefits with that. That said, those benefits would only matter to you if you’re a gamer. For starters, Ray Tracing and DLSS is the future in gaming, and while we only have a handful of titles that support them right now, more of them are on their way. Additionally, with each Nvidia RTX GPU, you get both Wolfenstein: Young Blood and Control free. That is basically ~Rs. 8,500 you save in the bargain, which just so happens to cover the price difference. However, if you’re someone who is building their system for productivity-related tasks, the RX 5700XT could prove to be a better value for money GPU for you. All in all, it comes down to what use case you want your card for. While AMD has been pressing hard, I still see team green coming out on top for a recommendation in terms of a graphics card.