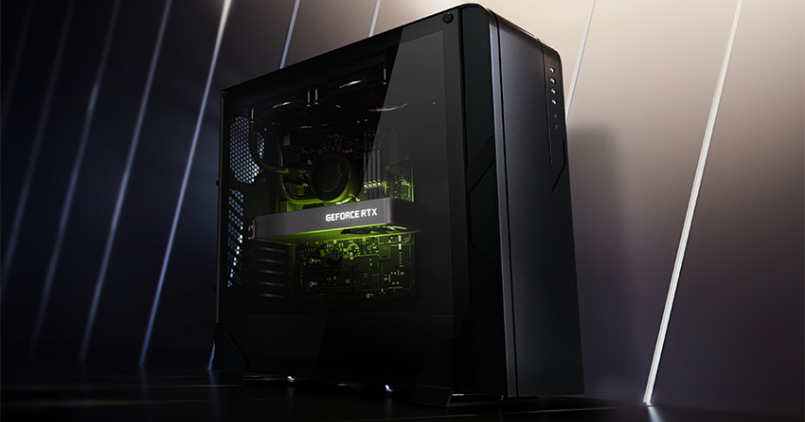 NVIDIA GeForce RTX 3060 is the new GPU under the RT 30 series launched for PC gamers. The GPU is based on NVIDIA’s Ampere architecture, which is bringing ray tracing abilities catered for desktop audiences. It further brings NVIDIA DLSS support, including other technologies and retails at $329 (Rs 24,100 approx.). This comes after the recent launch of Nvidia GeForce RTX 3060 Ti, which brought 1080p and 1440p gameplay support. The latest RTX 3060 will be available starting next month.

The new RTX 3060 claims to have twice the raster performance and boosts up to 10x in ray tracing performance with GTX 1060, in comparison. This makes gaming PC platforms to handle games like Cyberpunk 2077 and Fortnite with RTX on at 60 frames per second.

The other key specifications of the graphics card include 13 shader-TFLOPs, and it would be utilising 25 RT-TFLOPs for ray tracing. The card further incorporates 12GB of GDDR6 memory and has 192-bit memory interface. The RTX 3060 gets the optional PCI Express interface technology aka Resizable bar support, first in the GeForce RTX series. This will allow enabling all GPU memory accessible with CPU at once, provided it should be combined with the compatible motherboard.

Further, the RTX 3060 gets NVIDIA’s gaming innovations support as well. This includes NVIDIA DLSS, NVIDIA Reflex, and NVIDIA Broadcast all tend to work together to accelerate performance and image quality, the company suggests.

The NVIDIA DLSS has support for over 25 games with more coming soon. Utilizing Tensor cores, NVIDIA DLSS claims to boost frame rates. NVIDIA Reflex and Broadcast, on the other hand, promises a reduction in system latency and brings audio/video enhancements, respectively.