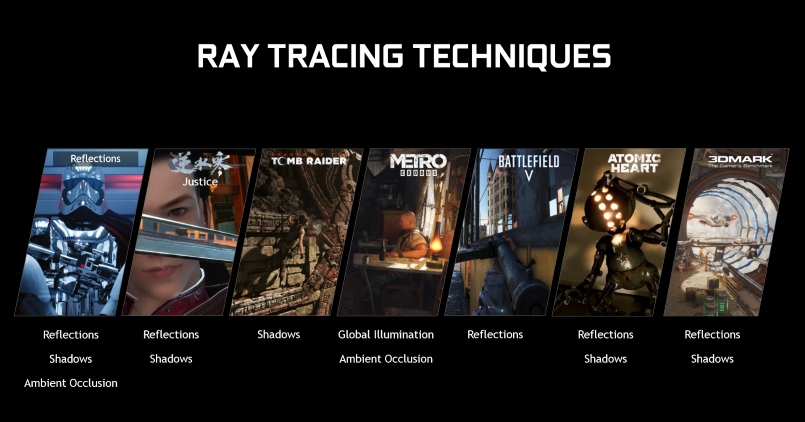 After much fanfare, Nvidia has released a trio of RTX technology showcase demos. It is to give gamers a taste of the immersive real-time ray-traced visuals and improved performance that developers are bringing to games. The three demos that are available are from Atomic Heart, Justice and the Unreal Engine 4 based Star Wars reflection demo, previously available only to the press.

Atomic Heart is an action-RPG being developed by Moscow based studio Mundfish and will use Nvidia’s Ray Tracing tech to implement realistic reflections and shadows. It will also make use of Nvidia’s DLSS technology.

Justice tech demo hails from China and features raytraced reflections, shadows, and NVIDIA DLSS technology. It is the first time that real-time ray tracing has been used for caustics.

All of the new technology showcase demos can be downloaded here.

Apart from the trio of demos, Nvidia has also released a new Game Ready Driver today to allow GTX GPU users to experience Ray Tracing on their systems. The following GeForce GPUs are now DXR-capable: