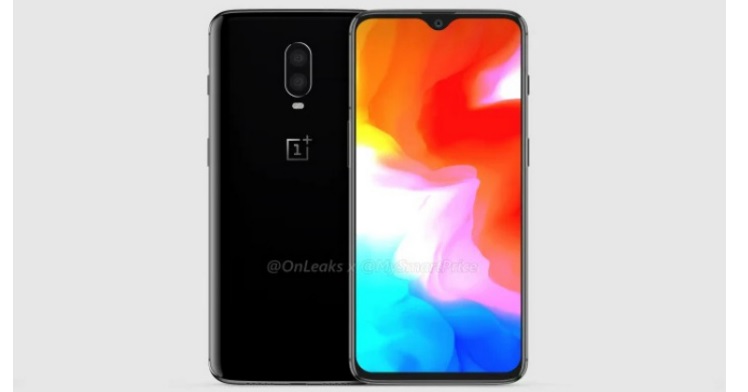 OnePlus 6T is arriving soon and rumour town has already predicted October 17 as the date. As expected, we have seen quite a few leaks of the phone’s renders and specifications. Today, a new 360-degree video of the OnePlus 6T has been leaked with some of its renders.

The first thing to gather our attention is the small water drop styled notch on the display of the phone. The screen area of the phone has considerably increased and the top bezel has been reduced further. Another important thing to note is the absence of a physical fingerprint sensor on the leaked renders of OnePlus 6T. This observation keeps in line with the speculations which suggested an in-display sensor on the upcoming device. The company had also talked about a “screen unlock” technology which paves the way for a fingerprint sensor under the phone’s display. That being said, the phone will have a Face Unlock feature as well, according to the rumours.

The leaked video also proves another speculation true as it doesn’t show a 3.5mm headphone jack on the OnePlus 6T. This clearly means that it’d be the first OnePlus phone to support wireless headphones only. The camera set up on the glass back shows two sensors placed vertically but we do not know the confirmed configuration yet. Some rumours in the past have stated that the phone will come with a 6.4-inch AMOLED display with an aspect ratio of 19.5:9. The OnePlus 6T is also likely to run on the latest Qualcomm Snapdragon 845 octa-core processor, just like its predecessor. It has also been rumoured to arrive with Android 9.0 Pie.

If all this is true or not, we cannot say yet. However, the OnePlus 6T is arriving soon as an Amazon exclusive. Do you believe the render and the video? Let us know in the comments section below. Stay tuned to Mr. Phone for more updates.