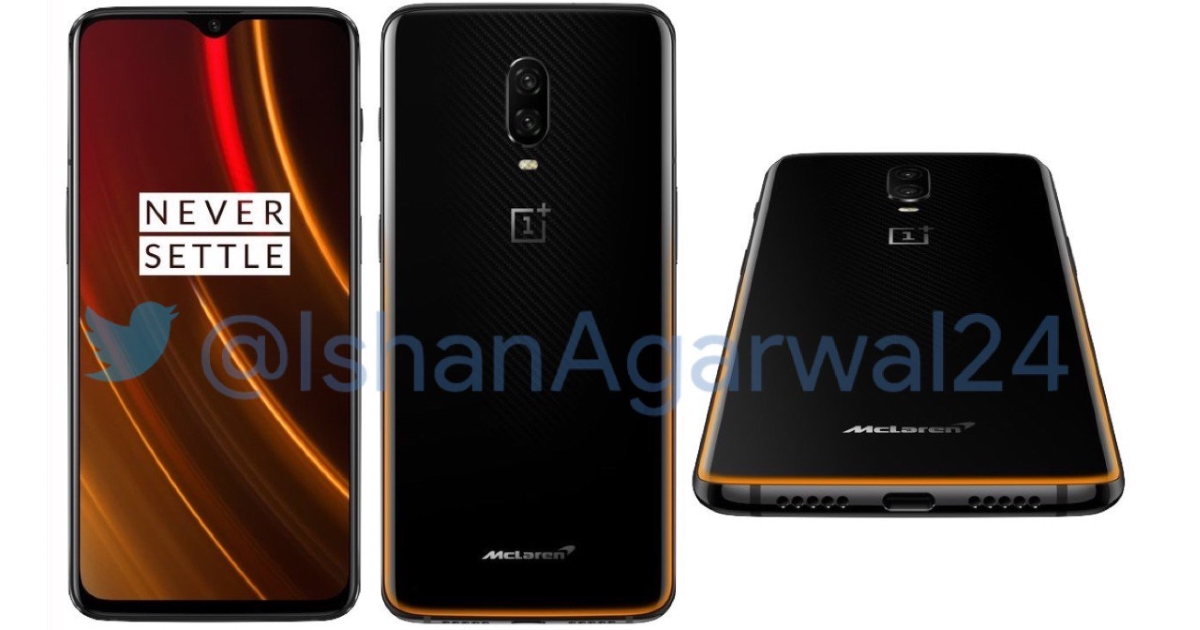 We’ve previously talked about OnePlus partnering with McLaren to announce a new smartphone on December 11. The company will also be hosting an event on December 12 in India for the same device. What’s more is that it was also revealed that the device would be called the OnePlus 6T (McLaren) Speed Edition Orange. And now, less than 5 days ahead of its launch, we have a look at the official renders of the device.

Leakster Ishan Agarwal has once again leaked the official renders of the OnePlus 6T McLaren Edition Speed Orange variant. It shows the device in full from all the angles. What’s more is that it also lists out some of the details of the upcoming device. 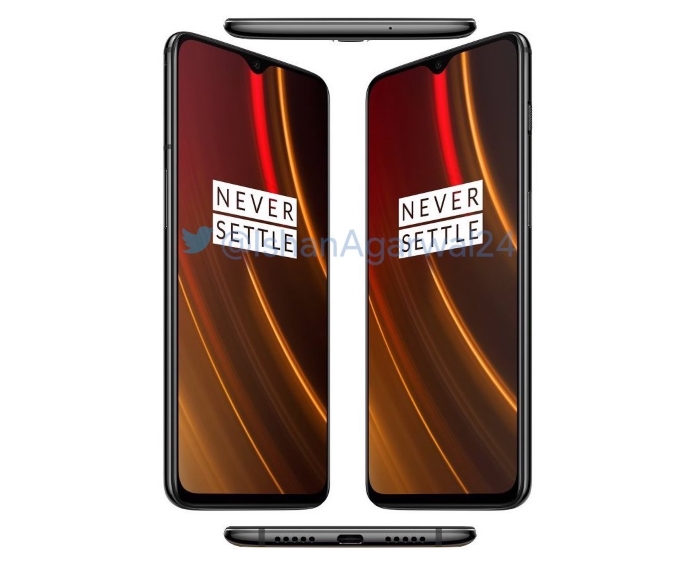 For starters, the OnePlus 6T McLaren Speed Edition offers a whopping 10GB of RAM alongside 256GB of internal storage. Secondly, it is the first device to come with the “Warp Charging”. While there is no word on it yet, Warp Charge could offer the same speeds as the Super VOOC charge on the Oppo R17 Pro. 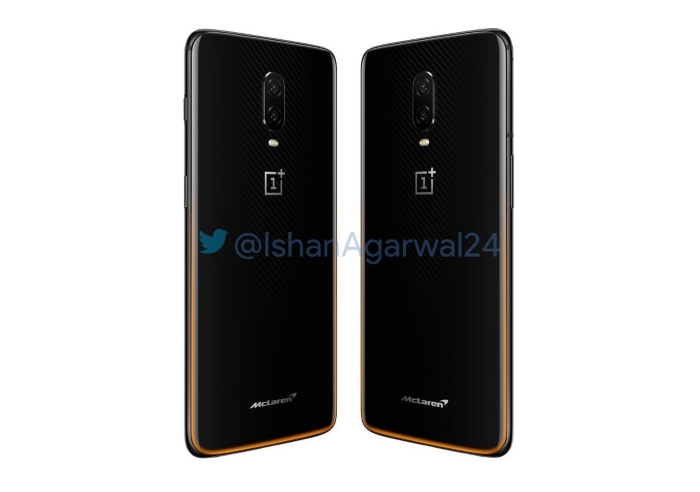 As for the design of the device, it seems to have a glass back, similar to the Mirro Black variant. However, there is a touch of Kevlar-like finish around the camera module. At the chin, you’ll find the subtle McLaren branding, with orange curved around it. 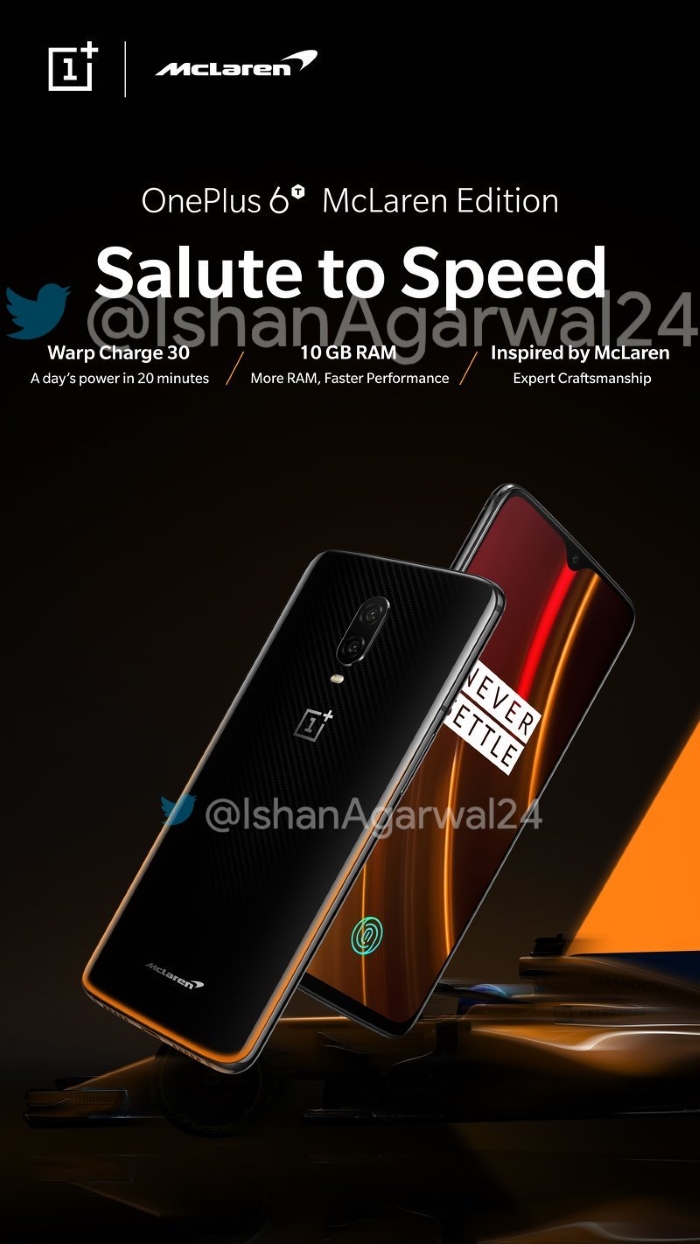