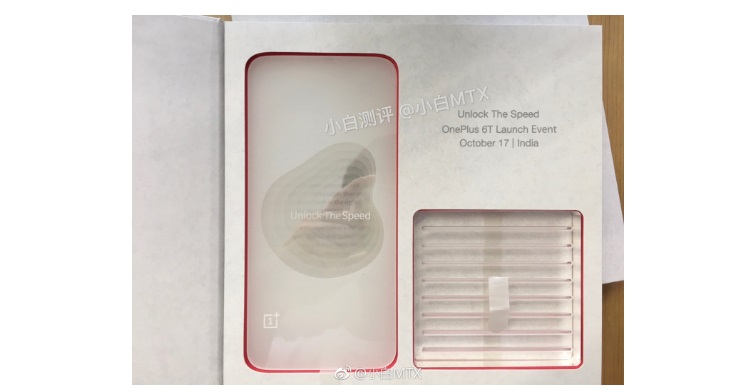 OnePlus 6T has made a million rounds on the internet already. This upcoming flagship killer will let go of the 3.5mm headphone jack, according to OnePlus. Many details of the phone are known to us and now, the latest leak has revealed its launch date. We were already certain of its launch in the upcoming month and this new report has now given October 17 as the official date. The information has been leaked through an event invite picture.

The invite doesn’t spill any beans on the specs or features of the phone. However, it does mention India as the place of launch and October 17 as the date. Apart from this, it carries the tagline for the OnePlus 6T and it is “Unlock the Speed”. The company has always tried to provide top-notch performance in minimum price and the slogan might be the result of this same fact. It could also mean the extra fast unlocking provided by the in-display fingerprint sensor that is likely to feature on the OnePlus 6T as well. 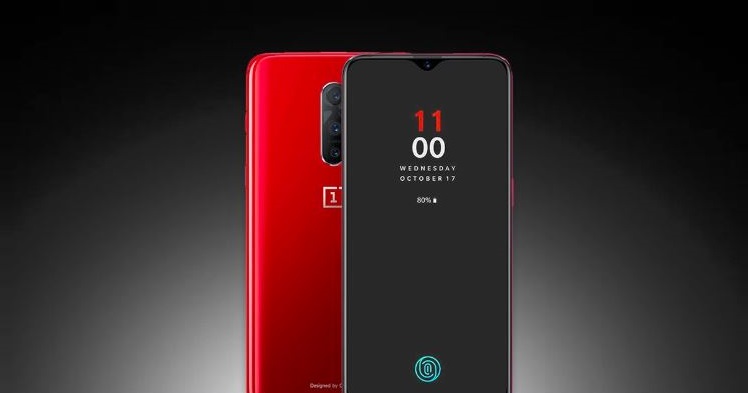 Since the leaked invite doesn’t state much, we do not know the Indian city where this event would take place. However, speculations are ripe that OnePlus 6T would be launched in India, America, China and Europe simultaneously. Other reports have also revealed that the company will reveal the phone on October 16 through a single global keynote. This same thing was done for the launch of the latest OnePlus phone, the OnePlus 6. It is quite likely for the upcoming flagship by the company to follow in the footsteps of its predecessor.

So far, we know that the OnePlus 6T will come with a completely bezel-less design and a water droplet shaped notch. It is also likely to house the in-display fingerprint sensor, as mentioned above. The dual rear camera setup is not expected to be much different to the one on the OnePlus 6. The OnePlus 6T will run on the Qualcomm Snapdragon 845 octa-core processor with an 8GB of RAM and 256GB of ROM. Moreover, the phone could have the same price tag as its predecessor. The phone is already revealed to be an Amazon exclusive.

Though the leaked invite doesn’t look fake, we’d still ask you to take the information with some caution. We’ll keep you updated with every new detail about the phone. Stay tuned to Mr. Phone for more.