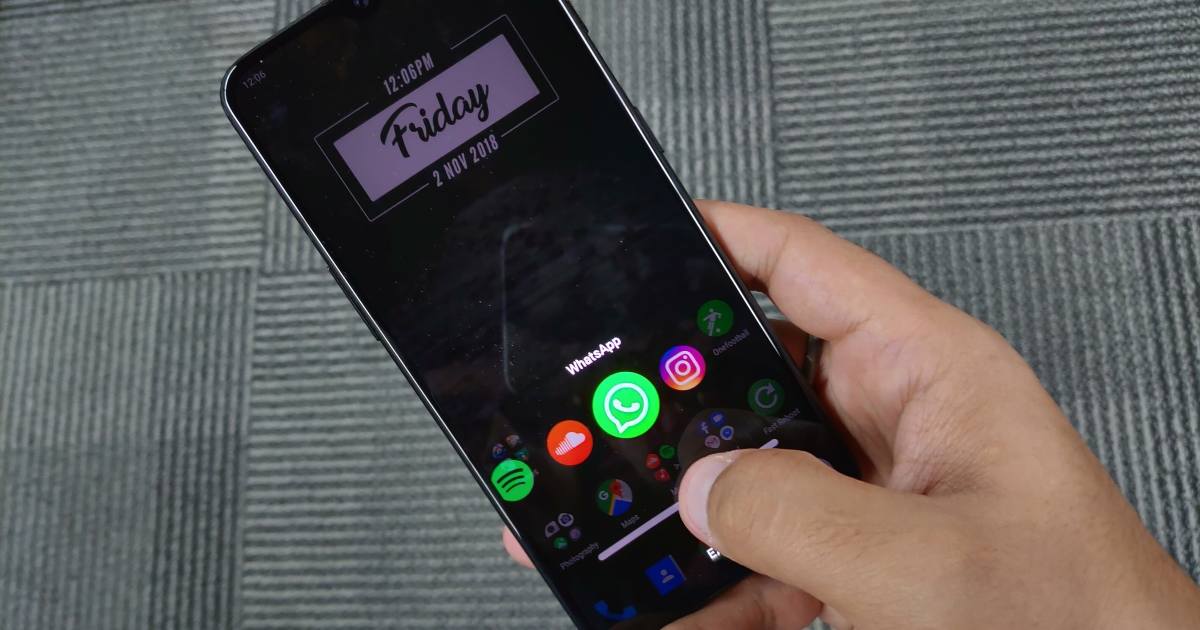 The OnePlus 6T is the latest flagship device to come from the Chinese giant. While the device features the same hardware as the OnePlus 6, it does bring along a couple of new features. The noteworthy changes this time are of course the waterdrop notch and the in-display fingerprint scanner. Now, while the notch primarily is there for a better design language, the in-display fingerprint scanner does a bit more. It brings along a new way to quickly launch your apps.

OnePlus is calling the ability to unlock your device using the in-display fingerprint scanner as “Screen Unlock”. Aptly named, the screen unlock allows you to press your finger on the screen and unlock your device. You can even use it to authenticate payments or for App lockers. However, OnePlus has upped things by adding a quick launcher to the fingerprint scanner as well.

The way this works is pretty simple. You just hold your finger on the screen, even after unlocking the device. Within a second, a new quick launch screen would appear. Taking hints from Android Pie’s navigation, you can navigate between the choice of apps by sliding your finger horizontally.

Now that you have a fair idea of what the feature is, you must be wondering how to set it up on your device. Well, just like the feature, the process is quite simple too. To enable quick launch on your OnePlus 6T, just follow the steps below: 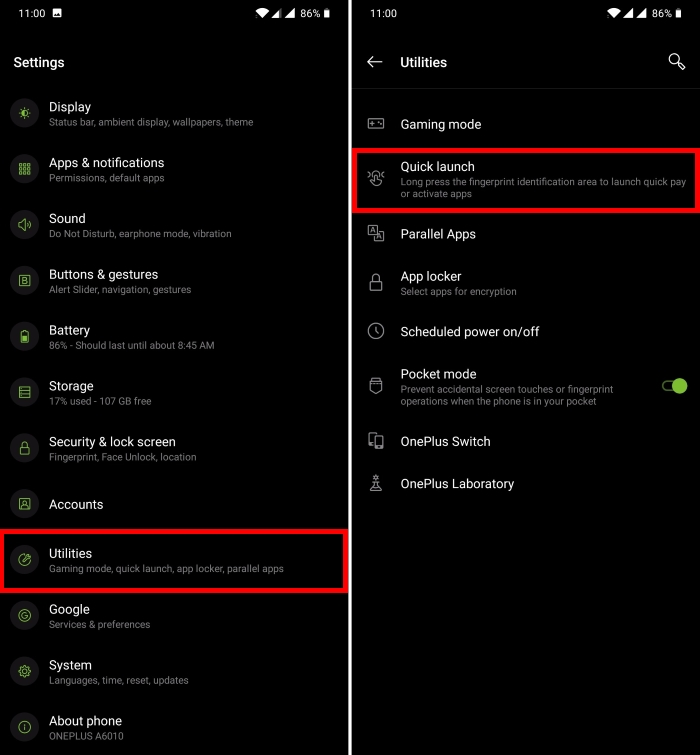 2. Enable the toggle next to “Turn on Quick Launch”. 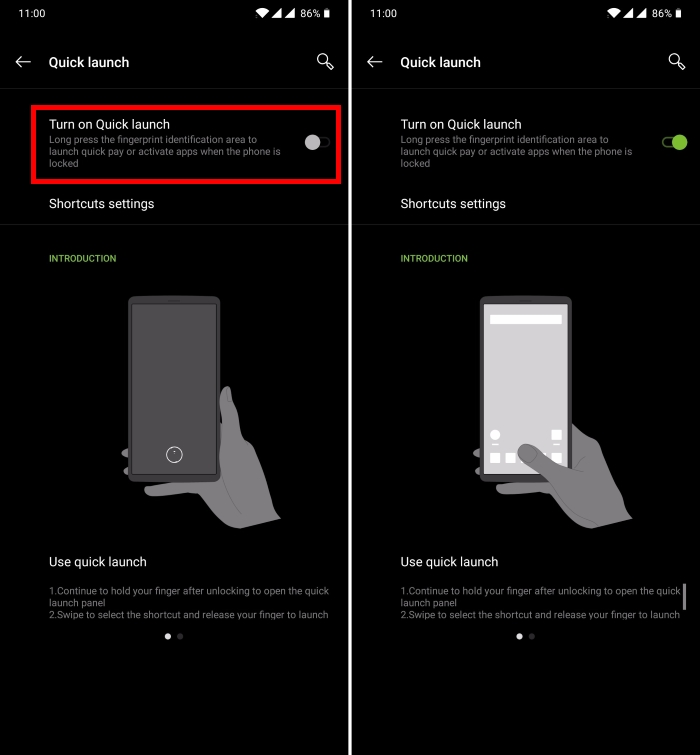 3. Tap on Shortcuts settings. You can now add/remove apps to the quick launch screen. Apart from apps, there’s also the ability to add certain quick shortcuts. Lastly, you can even change the order in which they appear. 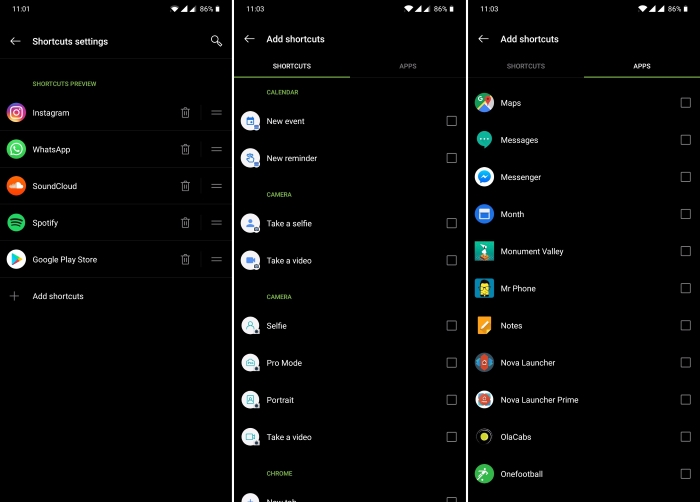 And that’s it. Quick Launch using Screen Unlock should be active on your OnePlus 6T now.

Honestly, this is a great use of the fingerprint scanner in front. I’ve been using the feature extensively on my device, and it works perfectly. In fact, it’s one of those things that you never knew you wanted, but once you get used to it, you’ll love it. So go ahead, try it out on your OnePlus 6T. And remember to share with us your feedback in the comments below.