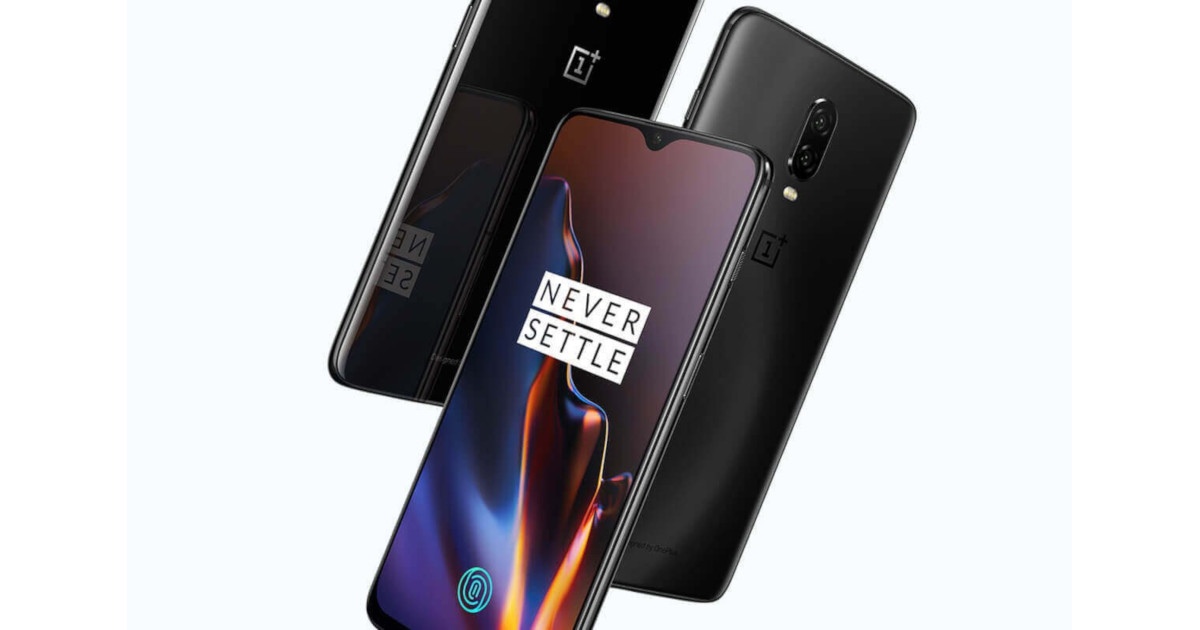 While the Pixel and the iPhone launches might have grabbed the headlines in recent time, OnePlus’ next flagship is right around the corner waiting for your attention. With less than a week to go for the OnePlus 6T’s launch, the device is one of the most anticipated launches right now.

Now, while we already know a lot about the device, it seems like the entire spec sheet of the device has now been leaked. Courtesy of Ishaan Agarwal, we now have a look at an official-looking spec sheet for the phone.

So here is the Big OnePlus leak excusively by me! Full specs of OnePlus 6T (earlier ones were wrong) and Product images detailing new features!Great, right?!More in this thread itself. Brand new display and 20MP Front Camera! Its one hell of a T upgrade! Your thoughts?#OnePlus6T pic.twitter.com/5YjdLkiKgM

Going by Ishan’s leaks, the major difference is going to be the updated display. As we’ve seen from previously leaked renders, the notch has been trimmed on the OnePlus 6T. This time around, we get a waterdrop notch at the top. Also, according to the spec sheet, the OnePlus 6T will feature a 6.4-inch screen with a resolution of 2340 x 1080. Also, it will hide an under-display fingerprint scanner beneath it. Speaking about the display, the 6T will be packing Gorilla Glass 6 protection for its display, which is just great. 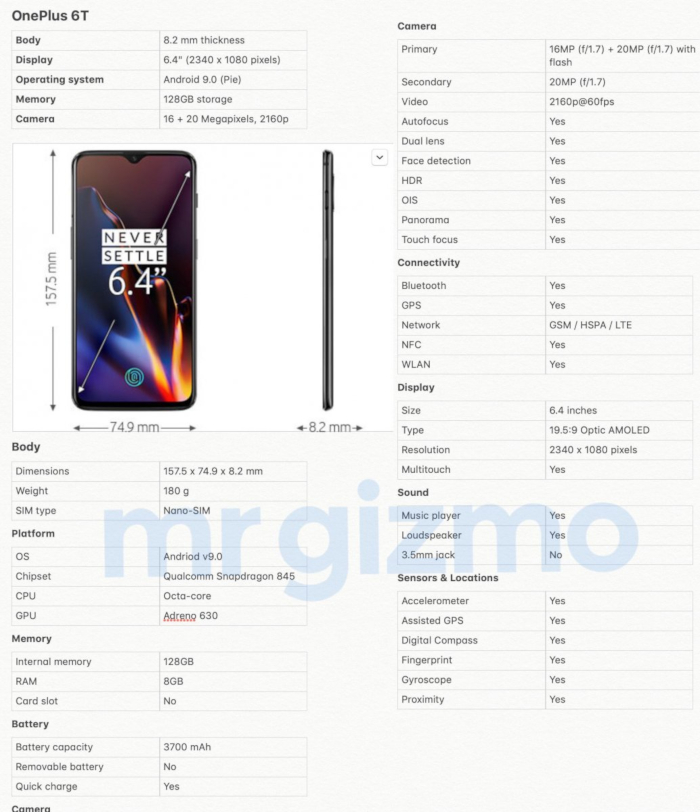 OnePlus also seems to be improving its camera department. The OnePlus 6T will bag a 20MP selfie shooter with a f/1.7 aperture. However, the device will feature the same 16MP+20MP setup like the OnePlus 6.

As for the specifications under the hood, the device will ship with the expected Snapdragon 845 SoC along with up to 8GB of RAM. The OnePlus 6T will, however, be packing a beefier battery than its predecessor. This time, the company has installed a 3,700mAh battery, adding an extra 400mAh from the OnePlus 6. There will be three variants of the device – 6GB+128GB, 8GB+128GB, and 8GB+256GB. 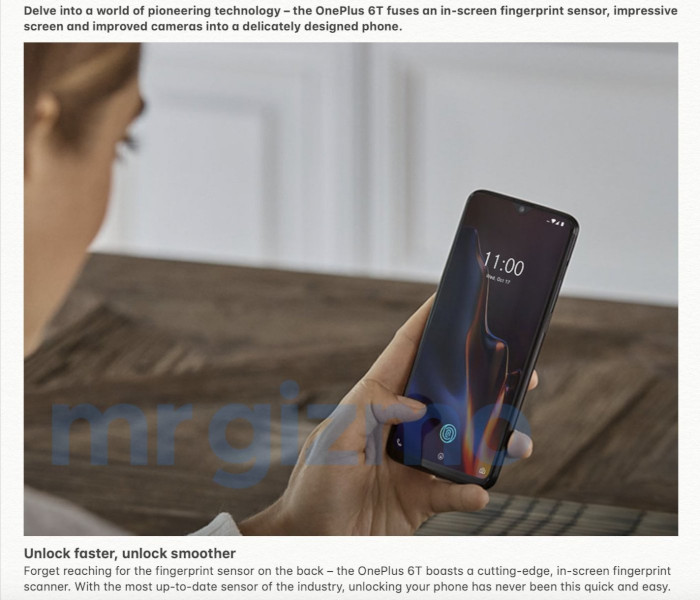 Apart from the leaked specs, Ishan has also leaked the promotional images for the OnePlus 6T. Going by the images, it is evident that OnePlus will be focusing more on the design with the under-display fingerprint scanner.

As for the price, Ishan has stated that the price would be around Rs. 37,000 for the base variant. The OnePlus 6T will be launching on October 30th. We will be reviewing the device as well, so make sure to follow this space for more.