Home | Tech News  | New OnePlus leak shows a mystery phone, could it be the OnePlus 7?

New OnePlus leak shows a mystery phone, could it be the OnePlus 7? 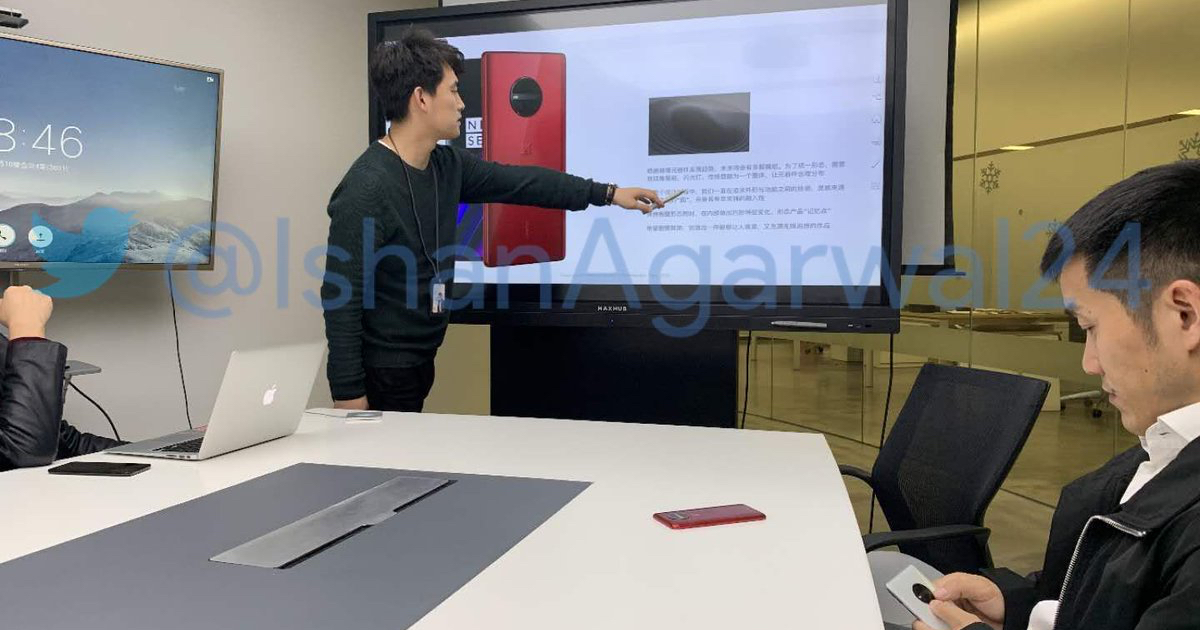 Tipster Ishan Agarwal has leaked an image of what seems to be a boardroom meeting discussing OnePlus’ upcoming smartphone. There is no mention of the name “OnePlus 7” as such. However, it seems highly likely that the discussion is regarding the OnePlus 7 only. Talking about the image, you see the back of the smartphone in contention. The smartphone sports a circular ring at the back, but it’s hard to make out the number of camera sensors inside. In the presentation, you see a red color variant of the device. On the right side of the image, there’s Pete Lau as well, holding on to a silver-colored option. Ishan notes that this is still a discussion in the prototype stage, and the final device might end up looking different.

As of now, not much is known about the OnePlus 7. However, we do know that the OnePlus 7 will sport the latest Snapdragon 855 processor. While the 6 and 8GB variants are standard now, it wouldn’t be surprising if they launch a 10GB variant as well as the McLaren edition. The OnePlus 7 could also the OnePlus’ 5G smartphone.

For now, there is no word on the pricing or the availability of the device. The OnePlus 7 is expected to launch earlier next year, probably by March. As for the price, the OnePlus 7 price could be near the $700 (~Rs. 50,000) mark. Stay tuned to Mr. Phone for more updates on smartphones and the world of technology.