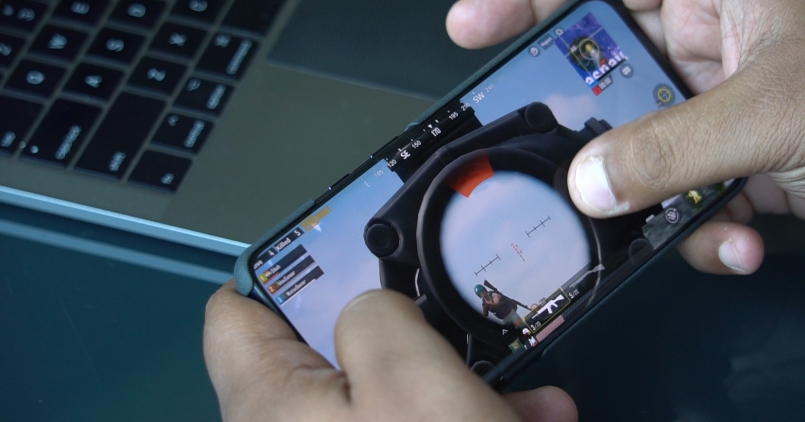 After a lot of teasing, OnePlus has finally launched the OnePlus 7 and the OnePlus 7 Pro. While the OnePlus 7 does come with a cheaper price tag, the highlight of the event was obviously the OnePlus 7 Pro. The flagship device brings a ton of features, including a pop-up selfie camera, a big battery, 30W Warp Charging, and what not. However, the major attraction on the 7 Pro has got to be the display. OnePlus has included a first-in-class 90Hz QuadHD Display on the OnePlus 7 Pro. A higher refresh rate means everything running on the display would look much smoother. Which primarily targets the gaming audience too. That said, unfortunately, the OnePlus 7 Pro cannot render games at 90fps. Well, at least not right now.

Okay, so before we get to the details, allow me to clear the difference out between 90FPS and 90Hz. When you talk of a 90Hz display, it means that the content on the panel refreshes 90 times in one second. This gives it the ability to display up to 90 frames per second. Which brings me to 90FPS games. When you say that this game runs at 90FPS, it means that the game is rendering 90 frames per second. Now, there is a difference between rendering and displaying. If your display is 60Hz, your games can still run at 90FPS, but you’d only see 60 frames per second since that is the limitation of your hardware. However, if your game itself is rendering at 60FPS, having a 90Hz display won’t make a difference, since the content being delivered is still at just 60FPS. And that latter part, my friends, is just what is happening on the OnePlus 7 Pro.

90Hz display but no 90fps gaming

You see, to make use of the higher refresh rate display, games need to have their frame rate unlocked. While most people think that is it, there’s more to it. Despite having support for higher frames, the device manufacturer can still limit the frame rate of applications. In case of the OnePlus 7 Pro, all the titles seem to have a 60fps cap. And no, I’m not talking about the standard games out here. I’m referring to unlocked games with a higher FPS cap, such as Pokemon Go, Mortal Kombat, Golf Clash, and FZ9 Timeshift. We previously reviewed the ASUS ROG Phone, and while that was easily able to render all the games at 90fps, such is not the case on the OnePlus 7 Pro.

What does this mean for consumers

At the time of its launch, the OnePlus 7 Pro certainly doesn’t allow games to run at 90fps. And that’s the case in both FHD+ and QHD+ resolutions. However, considering how much OnePlus is bagging on the higher refresh rate display and their partnership with fnatic in terms of eSports, one can expect them to roll out a software update soon fixing the issues.

We’ve reached out to OnePlus regarding the same. While we haven’t received an official word yet, we believe that OnePlus is still completing its testing course. It is still processing titles and will whitelist them later on, in order to ensure that the OnePlus 7 Pro does not heat up a lot and there isn’t an excessive toll on the battery life.

We will update this article when we get the official statement, so watch out this space for more. Also, let us know if you have any queries or doubts in the comments below.