OnePlus 7 Pro specifications leaked, could be the OnePlus 5G phone 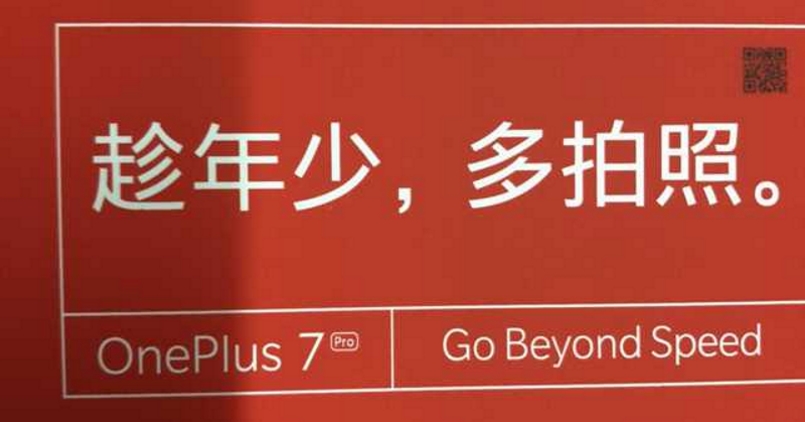 Ever since the launch of Qualcomm’s Snapdragon 855 SoC, users have been waiting for OnePlus to launch the OnePlus 7. Earlier this year at the MWC 2019, the Chinese company also teased their 5G smartphone. Ever since leaks have been pouring for the OnePlus 7. That said, we seem to finally have a word on the company’s 5G phone, which will apparently be called the OnePlus 7 Pro. So, what is this device all about? Let’s take a look.

Two pictures of allegedly the OnePlus 7 Pro have been shared on Weibo. These show the phone’s about page as well as the curved edges of the upcoming phone. Now, many leaksters have confirmed this to be the real deal, since the model number, ie, GM1915, matches with the info on other leaks. As such, the OnePlus 7 Pro is touted to be the OnePlus 5G phone. Additionally, renowned tipster Ishan Agarwal has also confirmed that the tagline for the new devices will be “Go Beyond Speed”. 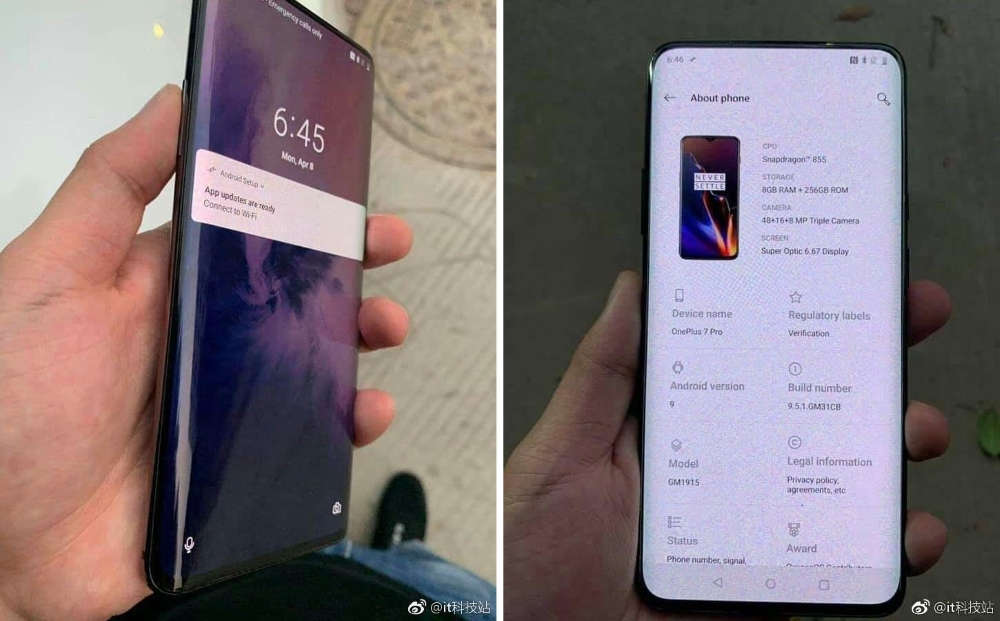 Talking about the specifications, the OnePlus 7 Pro seems to come with a 6.67-inch Super AMOLED Display. Under the hood, you’ll get the latest Snapdragon 855 SoC. In the leaked variant, you can spot 8GB of RAM and 256GB of internal storage. As for the camera optics, the leak suggests there would be a triple camera set up at the back, comprising of 48MP+16MP+8MP sensors. As for the selfie camera, there is no word on the lens as of now. Also, as you can see, there is no notch on the device. This confirms the previous leaks that the device will come with a pop-up selfie camera. Lastly, the phone here is running on Android 9.0 Pie with the build number 9.5.1 GM31CB.

As of now, there has been no concrete word on when the device will be launched. That said, the recent price drop for the OnePlus 6T does suggest the launch date of the successor being close. We expect both the OnePlus 7 and OnePlus 7 Pro to be launched alongside. That said, keeping 5G availability in mind, the OnePlus 7 Pro could be restricted to certain regions only. If the rumor mill is to be believed, the devices could be coming in the month of May. As always, stay tuned to Mr. Phone to get notified of all the buzz in the smartphone world.