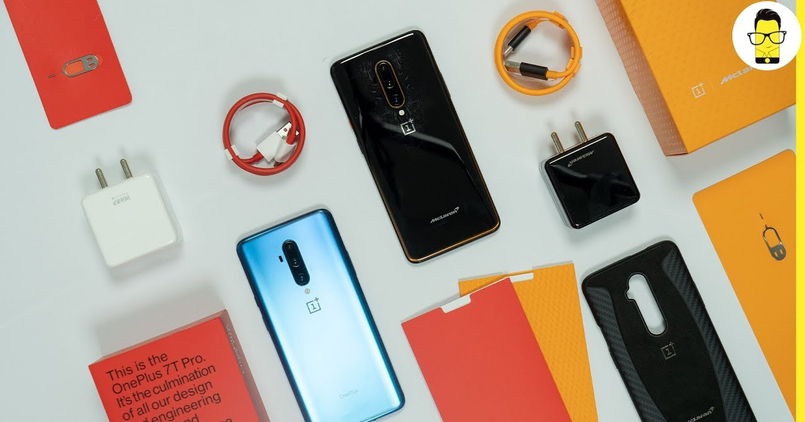 OnePlus has launched its new smartphone, it is called OnePlus 7T Pro. The new handset from the brand is priced at Rs 53,999. It will retail in the Haze Blue colour only. The new OnePlus 7T Pro is an upgrade to the 7 Pro announced earlier this year. The new “T” variant, after the recently launched OnePlus 7T, will be not be sold in the United States. Whereas India will be among the countries to receiving it.

Talking about the display of the OnePlus 7T Pro, it is a 6.67-inches display with a resolution of 1440 x 3120 pixels. This means the pixel density of the screen is at 516 ppi. It is a Fluid AMOLED panel, which comes with a 19.5:9 aspect ratio. The company teases that its display has a Capacitive, Multi-touch, Scratch resistant, Display manufacturer – Samsung, Corning Gorilla Glass 6, 3D curved glass screen, 90 Hz refresh rate, 60000:1 contrast ratio, 550 cd/mÂ², Peak brightness – 800 cd/mÂ², DCI-P3, and HDR10+ support.

Note that primary and main sensors offer Optical Image Stabilization. It comes with a Touch-to-focus, Phase Detection AF, Laser AF, Contrast Detection AF Autofocus technology. The rear camera is supported by a Dual LED flash. For selfies, you can make use of the 16.0MP front camera, which has EIS support and offers f/2.0 aperture.

The OnePlus 7T Pro is powered by a Qualcomm Snapdragon 855 Plus chipset, which comes with 8 Cores and clocks at 2.96 GHz. It is accompanied by an 8GB of RAM and 256GB of internal storage capacity. It will be running on the Oxygen 10  based on Android 10.

Speaking of the biometric sensor, it comes with an in-display fingerprint sensor and Face Unlock feature as well. As far as the battery life is concerned, its 4085mAh battery juice claims a day’s life. There is a support of 30W fast charging, its dubbed as Warp Charge. Notable features include Bluetooth 5.0, NFC, 2×2 MIMO Wi-Fi, and dual nano-SIM slot.

There is a McLaren Edition of the OnePlus 7T Pro, just like it was for the OnePlus 6T last year. The new model introduces shiny back and colourful graphics. Talking about the specifications, they are all the same as far as processor, display, camera, and battery capacity/charging is concerned. The only difference is that it comes with 12GB of RAM, compared to 8GB on the regular model.

Take a look at the detail specifications of the new OnePlus 7T Pro smartphone in the table below.