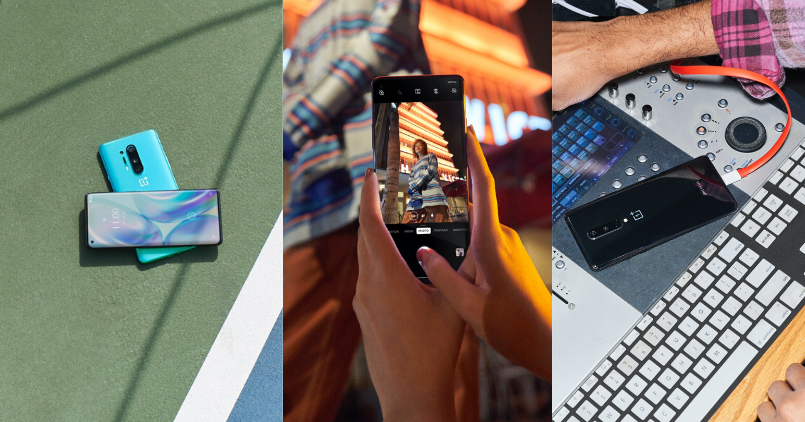 So, the OnePlus 8 and the OnePlus 8 Pro have launched in the midst of a global pandemic and a nationwide lockdown to fight against COVID-19. This means that, for the very first time, since the OnePlus 2, I haven’t had a chance to use it and review it before launch. In any case, all is not lost because the folks over at OnePlus India sent us the reviewer’s guide which gives us all the details of the phone. While this is not the same as using a phone in real life, I have a fair understanding to know what to expect from the OnePlus 8 and 8 Pro based on the specs.

Generally, most reviewers get what is known as a reviewer’s edition box. This box apart from the retail box has a few extra goodies. This time around, the reviewer’s edition box had a guide and a couple of extra original cases. Now, the retail box itself should include the phone with a screen protector installed, the Warp Charge 30T adapter, the Type-C to Type-C charging cable, and a clear case (but this I am not sure of).

If you can recollect, OnePlus has changed the design of the box. It is now a stark red box and this time around it only includes the number 8. I quite like this bold and risky design language. 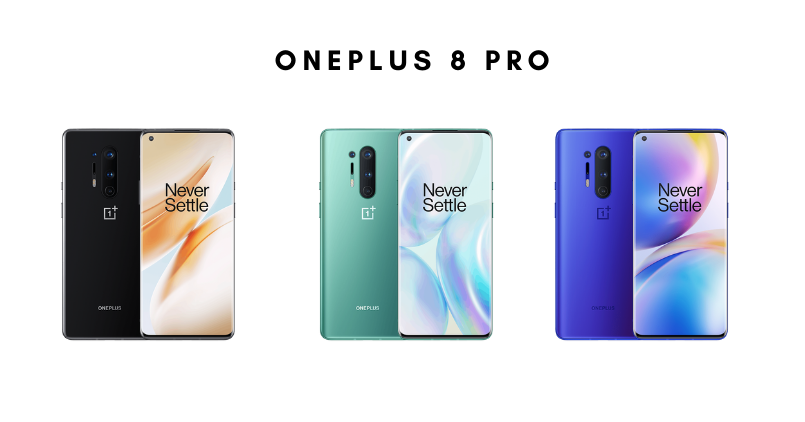 The similarities with respect to the design of both the phones are they use a 3D Corning Gorilla Glass solution on the front and the rear. Additionally, you get a Type-C port at the bottom, the dual Nano-SIM tray, and a speaker grille. The Type-C port is of the USB3.1 Gen1 standard. The right spine has the power button and the alert slider, whereas the left spine has the volume rocker. 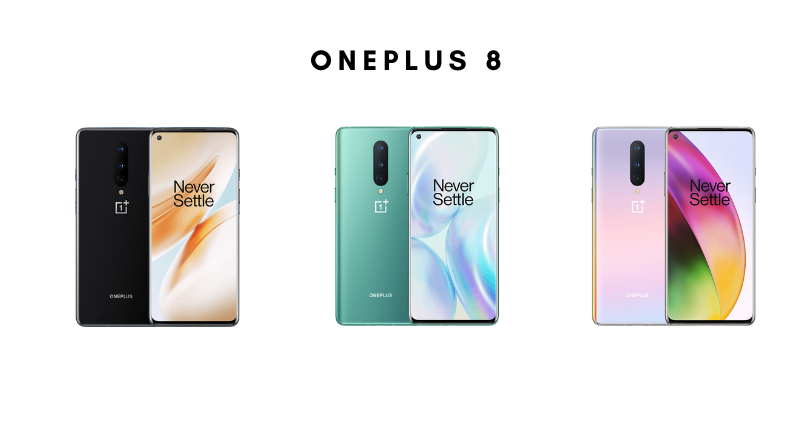 Most of OnePlus’ marketing efforts for the new phones have been around the display. And, why shouldn’t it be? The OnePlus 8 Pro has a kickass set of display specs. It is a 6.78-inch curved panel when flattened and 6.55-inch panel with rounded corners. Now, this panel is a Fluid AMOLED one with an aspect ratio of 19.8:9. Here’s the kicker though, the 8 Pro has a higher refresh rate of 120Hz and comes with support for Motion Graphics Smoothening or MEMC (which can be switched off). For those who don’t know, MEMC can be used to upscale regular 24fps or 30fps content to 60fps, 90fps, and 120fps. 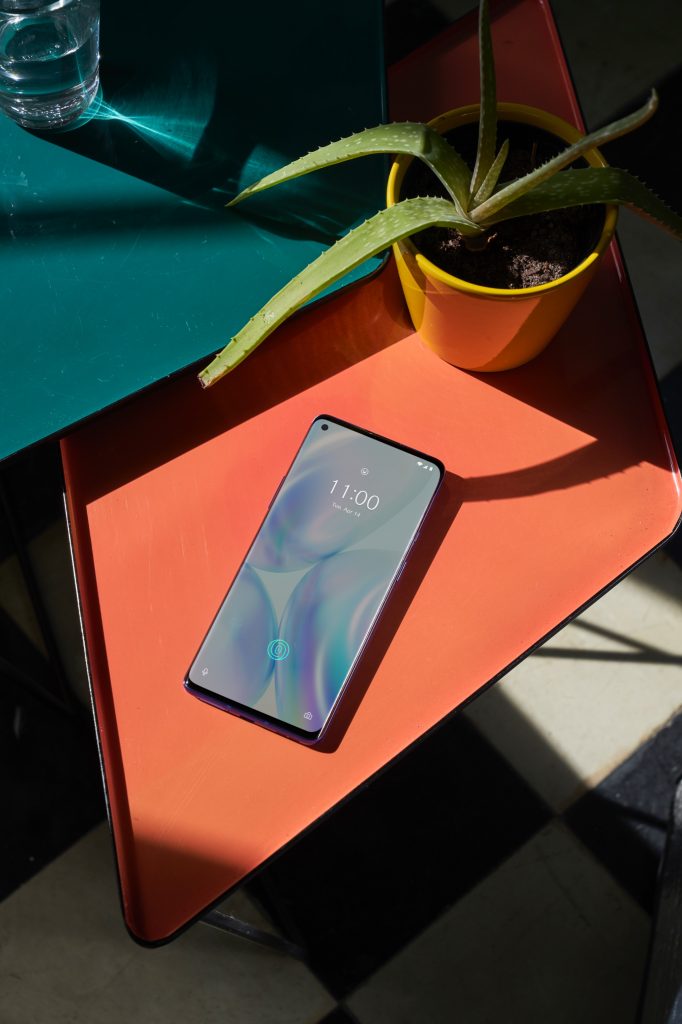 By the way, to keep in line with the upgraded refresh rate, OnePlus has also made 150 visual optimisations across Oxygen OS. Plus, you have support for HDR 10+ and Widevine L1 out-of-the-box. Also, the one thing that OnePlus has added this time around is an HDR Boost function for deeper blacks and enhanced colours. Talking about colours, the OnePlus 8 Pro is extremely colour accurate, and therefore, more suited for professional designers, photographers and the likes.

In comparison, the OnePlus 8 has a smaller 6.55-inch flat and 6.34-inch rounded display with a lower FHD+ resolution and 90Hz refresh rate. The aspect ratio is also slightly taller at 20:9.

Oh, and by the way, the displays on the phones also include an in-display fingerprint scanner.

Moving on to the camera setup, the OnePlus 8 has a triple camera setup on the rear. You get a 48MP Sony IMX586 sensor, a 16MP ultra-wide-angle camera, and a 2MP Macro camera. Yes, the 2x telephoto camera from the OnePlus 7T has been replaced by the macro camera. While I will miss the telephoto capabilities, the macro cameras 1.75-micron pixel size should produce some crisp details. I’d love to check that out. By the way, you also get a dual-LED flash and PDAF+CAF autofocus mechanisms. On the front, there is a 16MP selfie camera. 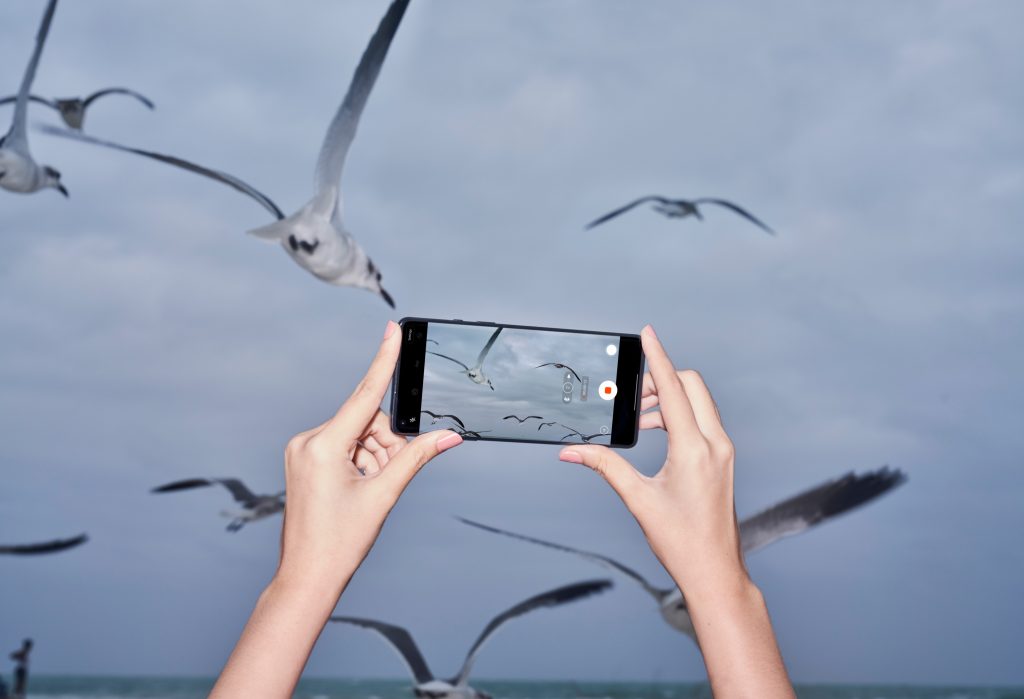 The OnePlus 8 Pro, on the other hand, has a quad-camera setup with a new 48MP Sony IMX689 sensor leading the pack. This sensor has a larger 1.12-micron pixel size compared to the 0.8-micron pixel size of the IMX586. So, pixel binned, you get 2.24-micron pixel size. Plus, when you add OIS and EIS, you should get great low light shots. I am hoping that 4K 60fps video is also stabilised.

But, more interestingly, OnePlus has added something called a Single Frame 3-HDR. This tech apparently ensures that even scenes with high contrast and unevenly lit backgrounds are exposed correctly in videos. Additionally, you get 3 microphones that can do Audio Zoom and 3D audio for recording.

Honestly, I hope OnePlus has worked on the dynamic range corrections in photos as well. Because that was the one major problem with OnePlus 7T Pro’s pictures. 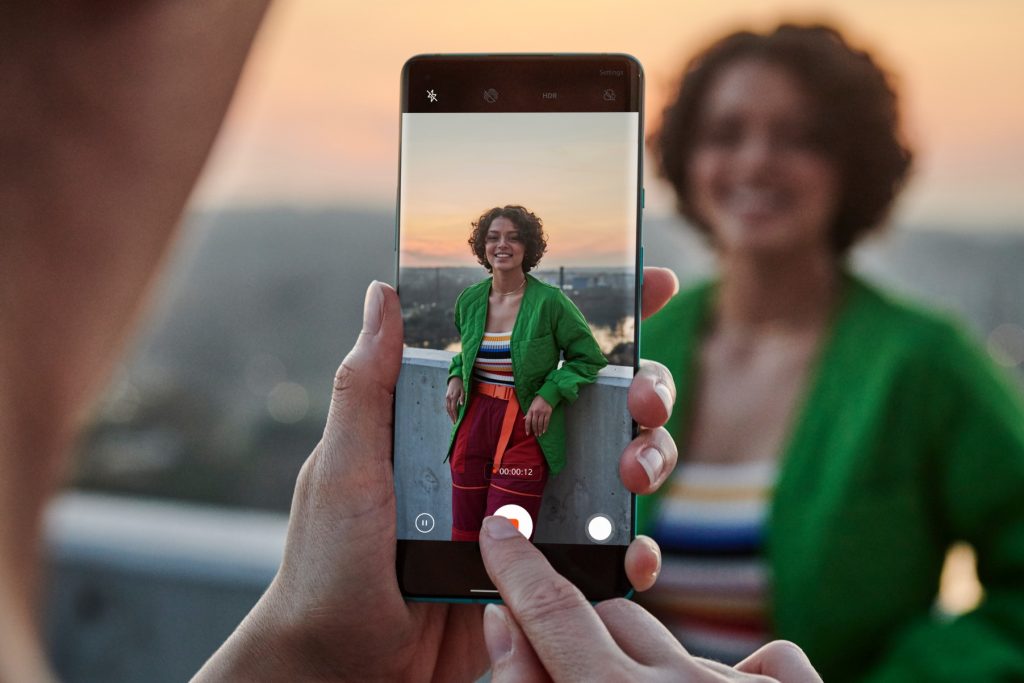 The other three cameras include an 8MP telephoto camera, a 48MP ultra-wide-angle camera, and a 5MP Colour Filter. While the rest is self-explanatory, the 5MP Colour Filter will be used for artistic lighting effects and filters. I am keen on checking this out. On the front, you have the same 16MP selfie camera.

Before I move on to the hardware, we all know by now that both the phones run on the latest version of OxygenOS. Internally, on the OnePlus 8 Pro, you get SD865 with 8/12GB of LPDDR5 RAM and 128/256GB of corresponding internal UFS 3.0 storage. The OnePlus 8 has the same options but with LPDDR4X option only. 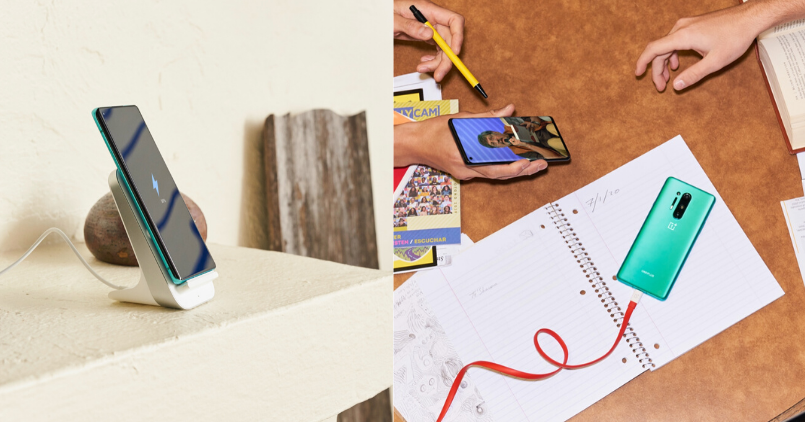 One of OnePlus’ biggest declarations this year was that it was going all-out 5G for all its phones. So, the OnePlus 8 and 8 Pro, thanks to the X55 Modem support 5G networks. While that doesn’t make much of a difference for us Indians, the phones can do 4x4MIMO on LTE networks. One advantage that the 8 Pro has over the 8 is that it has support for Wi-Fi 6, which the OnePlus 8 doesn’t. By the way, I was looking out for support for ISRO’s NavIC but it wasn’t listed. Maybe, OnePlus will add it in later via a software update because the SD865 does support it.

The two phones also support Bluetooth 5.1 with aptX, apt-X HD, and LDAC. Plus you get NFC as well.

Now, it is too soon for me to make any sweeping statements about the phone without having actually used it. However, based on the specs that I have seen, I am pretty excited about the more expensive OnePlus 8 Pro. It is an all-out phone with the best display specs I’ve seen on a phone yet. And, if the DisplayMate score is any indication, it might very well be the best display out there. I am also glad that OnePlus has actually managed to shave off a few grams and thickness from the OnePlus 7T Pro because, as per the trends, phones with SD865 chips were supposed to be chunkier. Not the OnePlus 8 Pro, though.

Now, all this won’t matter if the camera performance hasn’t improved. And, that is definitely something I intend to test out extensively once I get my hands on the phone.

What do you guys think of the two phones?