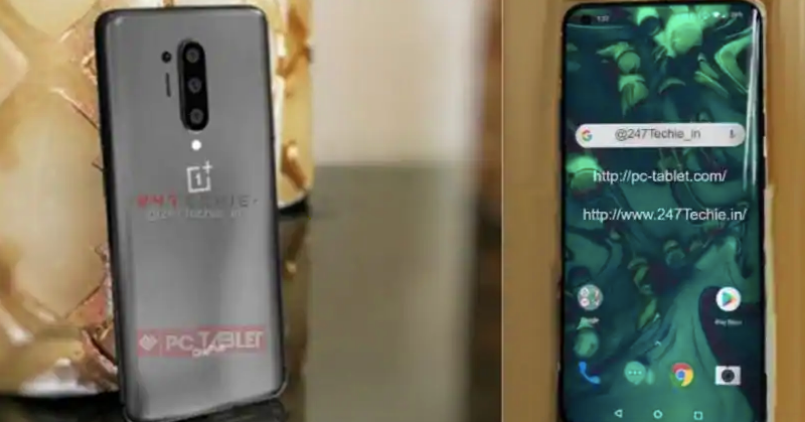 It’s not been very long since we got to see the release of the OnePlus 7T and OnePlus 7T Pro. But now every smartphone enthusiast is anxious for the launch of the next OnePlus 8 series. The Chinese smartphone brand is expected to launch the new series next month. There have been a lot of leaks surfacing on the internet which haven’t given a clear picture. But now with the first live images appearing online, we can surely predict the future of OnePlus 8 Pro.

OnePlus 8 Pro – What to expect?

These leaked images are of OnePlus 8 Pro that reveals a lot about what we can expect in the future from the brand. We get to see both the rear and front sides of the smartphone. This image has been shared by PC-Tablet which has been a consistent source for leaks. According to the image, we can see that the OnePlus 8 Pro won’t look very different from its previous generation. But the front side shows some changes.

In the image, we get to see what appears to be a hole-punch display. The top and side bezels have been trimmed down for a more immersive experience. This setup looks like the one we got to see on the recently launched Oppo Find X2 Pro. The rear of the phone suggests a triple camera setup. The module attached right next to it appears to be a TOF sensor for better background detection. We also get to see that OnePlus will continue with curved displays.

What are your expectations from the next OnePlus smartphone? Let us know in the comments.