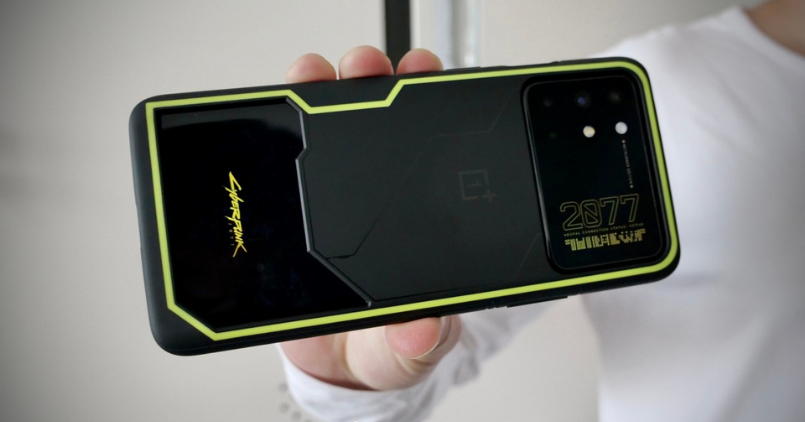 In the past, OnePlus has released several fan edition smartphones like OnePlus 7T Pro McLaren Edition or Marvel Avengers Edition, for instance. While many of them were primarily theme-based edition phones, meaning the UI appeared to be themed fancily or there were fancy accessories like cases and so on.

But, based on the official renders spotted, this time it appears OnePlus has taken a different approach altogether. Most of the renders showcased are of the backside of the device, and we’re also assuming front of the OnePlus 8T might remain unchanged. 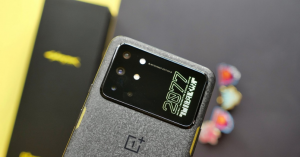 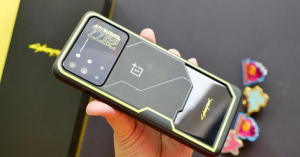 Also, now users get a new Cyberpunk logo engraved at the bottom of the back, where usually we have seen OnePlus branding. Apart from the gaming-oriented cutouts and logos the rest of the back appears in a sandstone finish. OnePlus is also providing a similar case with the necessary cutouts.

Also, as OnePlus had introduced its 65W charging with the OnePlus 8T, the retail unit of this new edition also has one with Cyberpunk logo engraved on it.

As mentioned earlier, the OnePlus 8T Cyberpunk 2077 Edition will go on sale on November 11 in China. The device starts at CNY 3,999 (Rs 44,600 approx) with pre-orders are starting on 2nd November in China. The Indian availability of this new edition is yet to be known.