Home | Tech News  | OnePlus 9 Pro can be charged wirelessly to 100% in 43-minutes, the company confirms

OnePlus 9 Pro can be charged wirelessly to 100% in 43-minutes, the company confirms 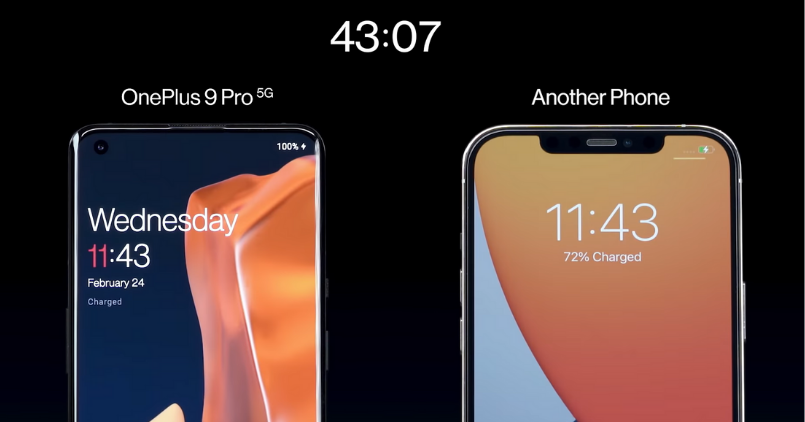 The OnePlus 9 Pro has been in the news ever since the launch date has been announced, which is on March 23rd. Not just the Pro variant, but also the OnePlus 9 and the much anticipated OnePlus Watch as well. The company is leaving no stone unturned since the launch is happening as early as next week. We have seen multiple announcements from the company before the launch; be it about — the new high refresh rate LTPO display, it’s a partnership with Hasselblad for cameras, the inclusion of Snapdragon 888, and also the new Morning Mist colour variant reveals. And, now there’s another prominent information announced regarding the charging capabilities of the OnePlus 9 Pro.

Inspired by the soothing glow of mist at dawn, the #OnePlus9Pro Morning Mist delivers a serene and harmonious design.

This race doesn’t go down to the wire. #OnePlus9Series

The video teased showcases a side-by-side comparison with the OnePlus 9 Pro placed on assuming OnePlus’ new charging dock: iPhone connected to the traditional wired lightning cable. The video indicates the OnePlus 9 Pro 5G achieving up to 35% charge on its battery in 15-minutes; wherein iPhone reached only up to 27%. Fast forward to 30-minutes it shows the OnePlus 9 Pro on 71% charge and iPhone on 53%. And, lastly, around the 43-minutes mark, the 9 Pro device has charged up to 100%, while the iPhone is still struggling at 72%. 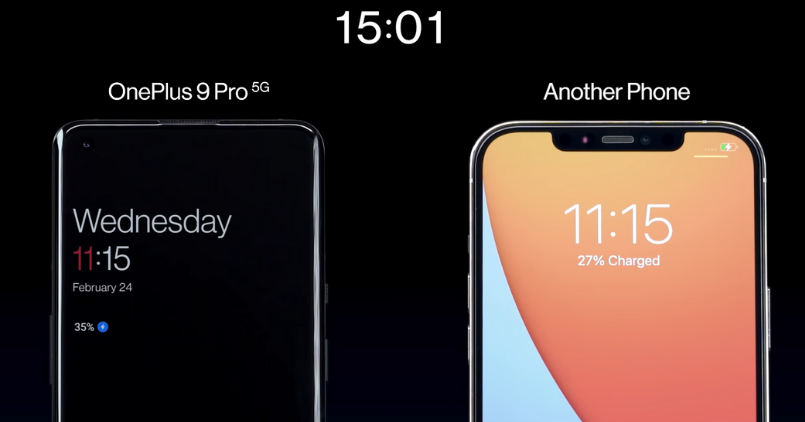 The video emphasizes that this achievement is done through its new 50W Warp Wireless Charging technology, while the iPhone on a traditional wired charging.