OnePlus will debut its first concept phone at CES 2020 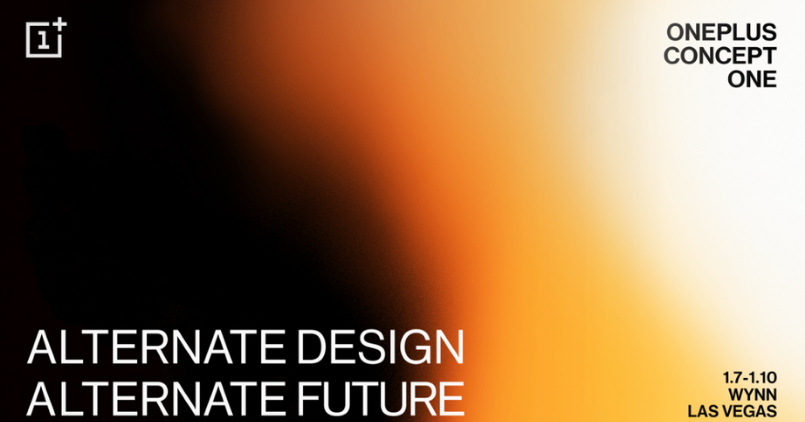 OnePlus is all set to take its game to the next level as it is said to introduce its first concept phone. The company is taking up the stage in Las Vegas at CES (Consumer Electronics Show) next year, early in January. As a part of its sixth year anniversary, OnePlus is going to introduce a Concept smartphone. Let’s talk about it more in detail below.

OnePlus Concept One – What’s in store?

If you can’t tell, today is the anniversary of OnePlus. The smartphone brand backed by BBK Electronics has completed 6 years. Founder and CEO Pete Lau, recently took to his social media profile to announce that his company is hosting a special event at CES. Earlier, we didn’t know what was it all about, now we know.

OnePlus is calling its concept phone, Concept One. As the name suggests, this will be one of the first of its concept phones. The company has promised to bring ever smoother, faster, and more “burdenless” experience to its line-up. The Concept One will be demonstrating a vision of both new technology and alternate design approach it’s setting for its future products.

The company is hosting a OnePlus Concept One special event starting January 7 to 10, 2020, from 10 AM to 5 PM at The Wynn, Las Vegas. So, far the company has delivered 13 industry-leading phones in the span of six years. It will be interesting to see what’s in store for us as an audience.

I could not help but notice, now only Realme remains to introduce a concept phone in the BBK Electronics group of smartphone brands. OPPO and vivo already had the concept phones, as we already have seen them. Now OnePlus will have it as well, starting next year.

What do you guys think will be showcased at CES by OnePlus? Let us know in the comment section below.