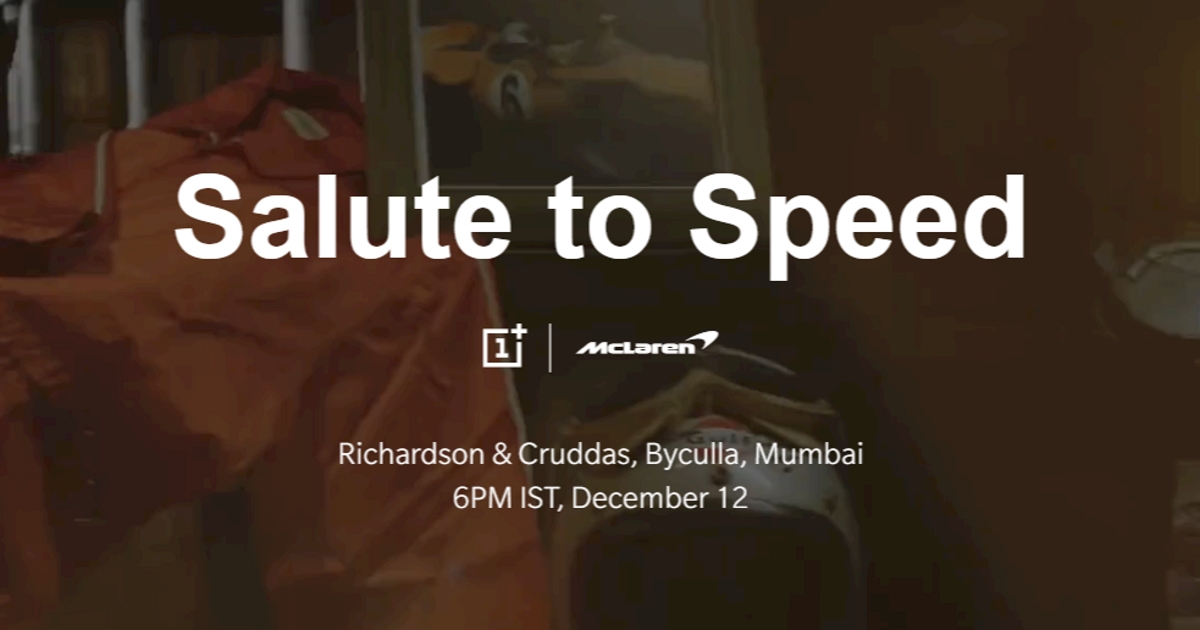 Huawei recently launched the Mate 20 Pro, which, by the way, is also available in a Porsche special edition. Smartphone manufacturers partnering with car makers for special edition devices is nothing new. We’ve already seen that happen with the likes of Lamborghini, Ferrari, Porsche, and more. Now, the latest name to join this league is McLaren, with OnePlus being its partner. The Chinese giant might be gearing up to launch a special McLaren Edition OnePlus 6T in December.

OnePlus recently launched the OnePlus 6T, the successor to the OnePlus 6. After being launched in two black variants, it also launched the Thunder Purple color variant for the 6T. Now, as announced in an official tweet, OnePlus is partnering with McLaren for a special launch event.

Sporting the line “salute to speed”, the McLaren 6T will probably come with maxed out specs alongside a sightly tuned design language. We already know that McLaren’s signature color is orange. As such, one can expect the McLaren OnePlus 6T to come with the same color tones.

OnePlus and @McLarenF1. Forever in pursuit of speed. Experience the #SalutetoSpeed on December 11. https://t.co/inqbUCRYcK pic.twitter.com/Q7HGBqmZtw

“McLaren and OnePlus were born in a similar way – with a big dream to create something special. Starting from nothing, we challenged ourselves to never settle. Today we unveil a true testament to innovation, a salute to speed,” said Pete Lau, OnePlus CEO & Founder.

“The OnePlus brand is synonymous with speed and power, two values that McLaren likewise strives to deliver with every car we build. Bringing together the inventive, pioneering spirit shared by both OnePlus and McLaren is a firm statement of intent to leverage our collective powers and break new ground for innovative ideas and technology,” said Zak Brown, CEO of McLaren Racing.

Nothing new for OnePlus

OnePlus has had a history of launching special editions of their devices. Back in 2017, it partnered with Colette to produce the OnePlus 3T x Colette 20th Anniversary Edition. For the OnePlus 5, there was the OnePlus 5 x JCC+Limited Edition “Callection”.

However, their most successful design was with the OnePlus 5T. The OnePlus 5T Star Wars Edition was an instant success and attracted interest from all over the world. Lastly, with their previous flagship, the OnePlus 6, the company partnered with Marvel to roll out the Avengers Edition OnePlus 6.

Also read: How to install Android 9 Pie on OnePlus 5T or OnePlus 5

The launch event is set for December 11th. However, in India, the OnePlus-McLaren event will take place on December 12th in Mumbai. We’ll be there at the launch event. So make sure to follow us on our Twitter and Instagram channels to get the latest scoop at the earliest.