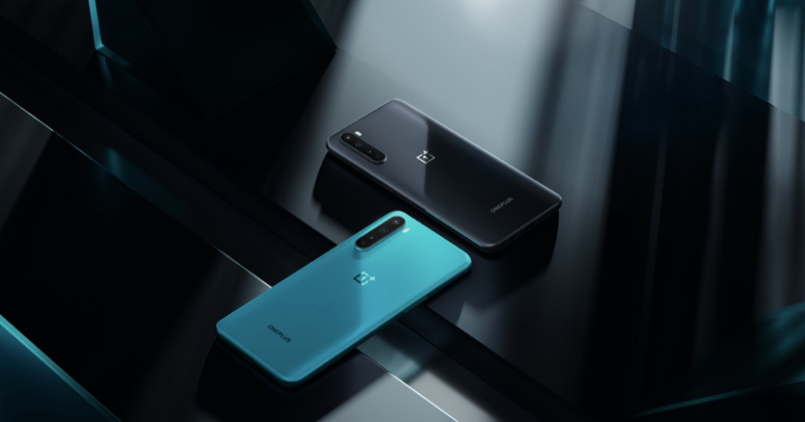 After a long time, OnePlus has come around with its premium mid-range smartphone in India. Today, the smartphone maker has launched its all-new beginning, an OnePlus Nord smartphone. The new OnePlus phone starts at Rs 24,999 and goes up to Rs 29,999. It comes in three configurations and will be exclusive to Amazon India for its online sale in India.

Sporting a 6.44-inch Fluid AMOLED display with FHD+ resolution (2400 x 1080) having a 408 ppi pixel density. It will have a 20:9 aspect ratio and 90Hz refresh rate for a smoother user interface and better viewing experience. The display will be protected by a Corning Gorilla Glass 5. As far as the weight is concerned, it is a 184 grams handset and will retail in two colours including Blue Marble and Grey Onyx. It has a thickness of 8.2mm.

Equipped with a Snapdragon 765G SoC, which is Qualcomm’s most powerful mid-range processor. It is accompanied by Adreno 620 GPU. The device comes with up to 12GB of RAM and up to 256GB of internal storage. The in-display fingerprint sensor provides biometric security as does the face unlock.

Speaking about the camera department, it comes with quadruple rear camera setup. Where the primary lens is a 48MP Sony IMX586 sensor with OIS and f/1.75 aperture. There is an ultra-wide lens with an 8MP resolution. The macro lens is of 2MP and the depth sensor is of 5MP resolution. On the front, it has dual cameras, where one lens is of 32MP (Sony IMX616), and an 8MP ultra-wide lens.

All these hardware is powered by a 4115mAh capacity battery, which has a 30W fast charging support, its called Warp Charge. It has a USB Type-C 2.0 port and dual nano-SIM slot, and a bunch of sensors for all the necessary functionalities. OnePlus didn’t forget to include an alert slider, which has become an integral part of OnePlus UX.

Here’s the pricing of all the variants OnePlus will be selling in India. There are three RAM and storage configurations, you can choose according to your requirements.