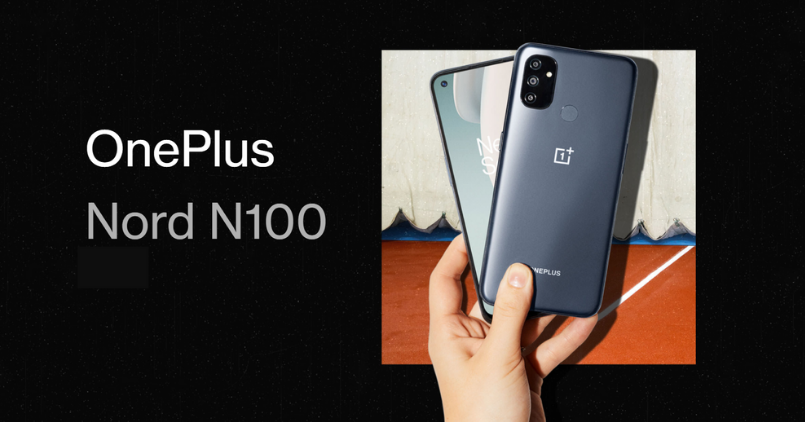 OnePlus Nord N100 debuted in the European market as part of OnePlus Nord series. The Nord N100 is the first attempt from the company making it the entry-level smartphone in its lineup. A Qualcomm Snapdragon 460 SoC powers the device, making it a OnePlus device on a budget. It comes at £179 (Rs 17,600 approx.). For those unaware, the OnePlus Nord N100 came with a 6.52-inches HD+ IPS LCD display featuring the standard 60Hz refresh rate display.

Well, that might not be the real deal according to folks at Android Authority. They just figured out that the OnePlus N100 does feature a 90Hz refresh rate display.

This came as a surprise as OnePlus hadn’t mentioned it during the launch. Android Authority considers that the company had done it on purpose, and they have a theory for that too. The OnePlus Nord N100, as suggested earlier, is an entry-level smartphone that comes with the not so powerful Snapdragon 460 chipset. For example, the OnePlus Nord comes equipped with a Snapdragon 765G chipset, which can handle 90Hz refresh rates quite comfortably rather than a Snapdragon 460 chipset. 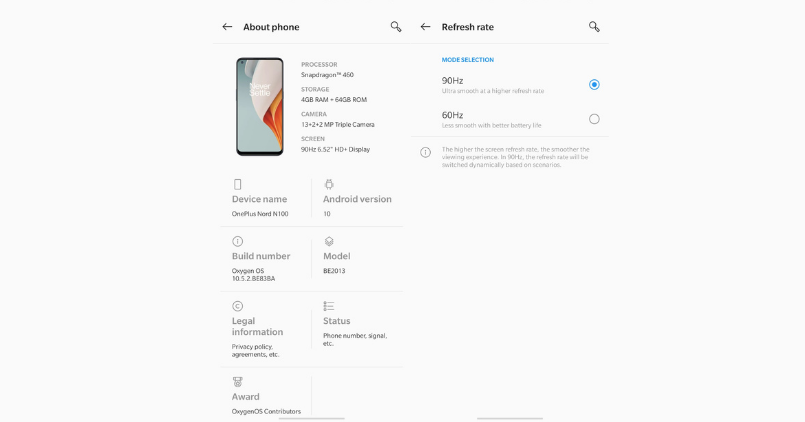 Folks at Android Authority suggest that this could be the cause for the company not to promote the device as a 90Hz refresh rate display phone. They point out these weak specs on the OnePlus Nord N100 would prevent high refresh rates from running smoothly and effectively when compared to the actual Nord. 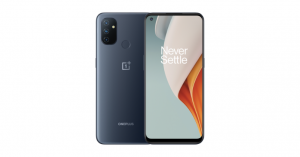 Furthermore, last year, OnePlus had announced that every OnePlus phone would feature a ‘Fluid Display’ which translates to a high refresh rate display starting from the OnePlus 7T. Yet, the Nord N100 became the first device ditching that to its budget constraints. However, the new findings from Android Authority certainly don’t suggest so.