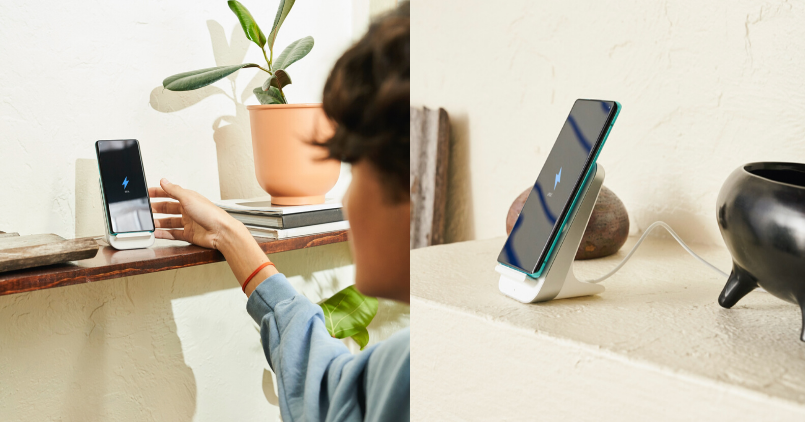 This wasn’t a mystery as of last week, we knew that an OnePlus Wireless Charging Stand is coming. Today, at its online-exclusive launch event in India and globally, the global smartphone maker has launched its new OnePlus 8 series. Along with that they have introduced a range of OnePlus accessories. Let’s first talk about the first-ever OnePlus Wireless Charger. It’s dubbed as OnePlus Warp Charge 30 Wireless Charger. Utilising the Warp branding here as well.

OnePlus has first time introduced a wireless charging technology support on its flagship smartphone. The 8 Pro model comes with up to 30W wireless charging support. And that can only be achieved by the proprietary Warp Charge 30 Wireless Charger. Let’s talk about the numbers of this wireless charger.

How fast as this OnePlus Warp Charge 30 Wireless Charger?

The company claims that it can charge your OnePlus 8 Pro wirelessly up to 50% from 1% in just 30 minutes. Now that’s really fast for wireless charging. When we are sitting at levels between 10W on many flagship phones. Some of them might not be Android phones.

The new wireless charger will retail for $69.95, which is around Rs 5,300 approximately. We would suggest you wait till India pricing is released by the brand before jumping to a conclusion. Stay tuned in for the update on the same.