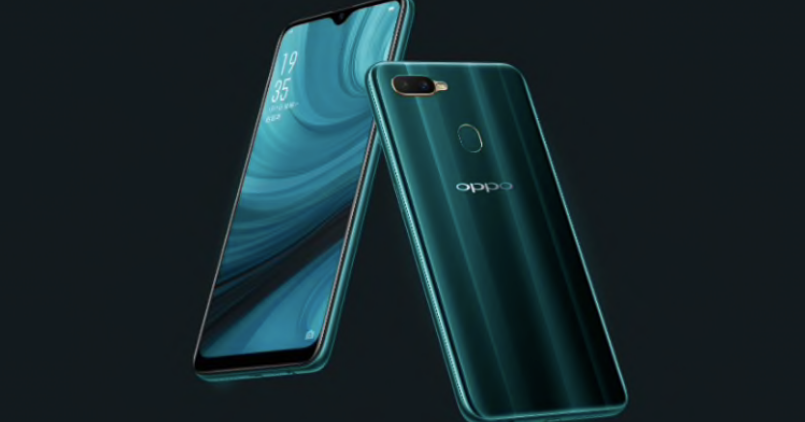 OPPO has unveiled its latest sub Rs 15,000 smartphone in China today. Dubbed as OPPPO A7n, it is the latest in its A-series handsets in the country. Popped up on the company’s official website, it is said to arrive in only a single colour, i.e. Lake Light Green. The handset has quite the similarity with its AX5s model launched last month in China. But for course, there are many derivatives as well. Let’s take a look at both of them below.

Sporting a 6.2-inch HD+ resolution screen, it comes with a water-drop notch design. It offers a 19:9 aspect ratio and a 270 PPI pixel density. Running on the Helio P35 processor, the chipset is accompanied by a 4GB of RAM. There is onboard storage of 64GB, which can be expanded by a microSD card slot.

In the camera department, you’d see a dual rear camera setup including a 13MP sensor and a 2MP sensor. Where one lens comes with an f/2.2 aperture and other with f/2.4. There is a 16MP selfie camera with f/2.0 aperture, which is superior to the OPPO AX5s selfie camera of 8MP resolution.

Talking about the features on the OPPO A7n, it is said to offer a Hyper Boost acceleration engine, which is said to improve the performance of the device when you are gaming on it. The handset would be running on ColorOS 5.2.1, Android Oreo 8.1 based operating system.

All this would be powered by a 4230mAh capacity battery. The connectivity features include 4G LTE, Bluetooth 4.2, GPS, NFC, micro-USB, 3.5mm audio jack, and USB OTG support. What do you think of the OPPO A7n smartphone? Let us know in the comment section below.