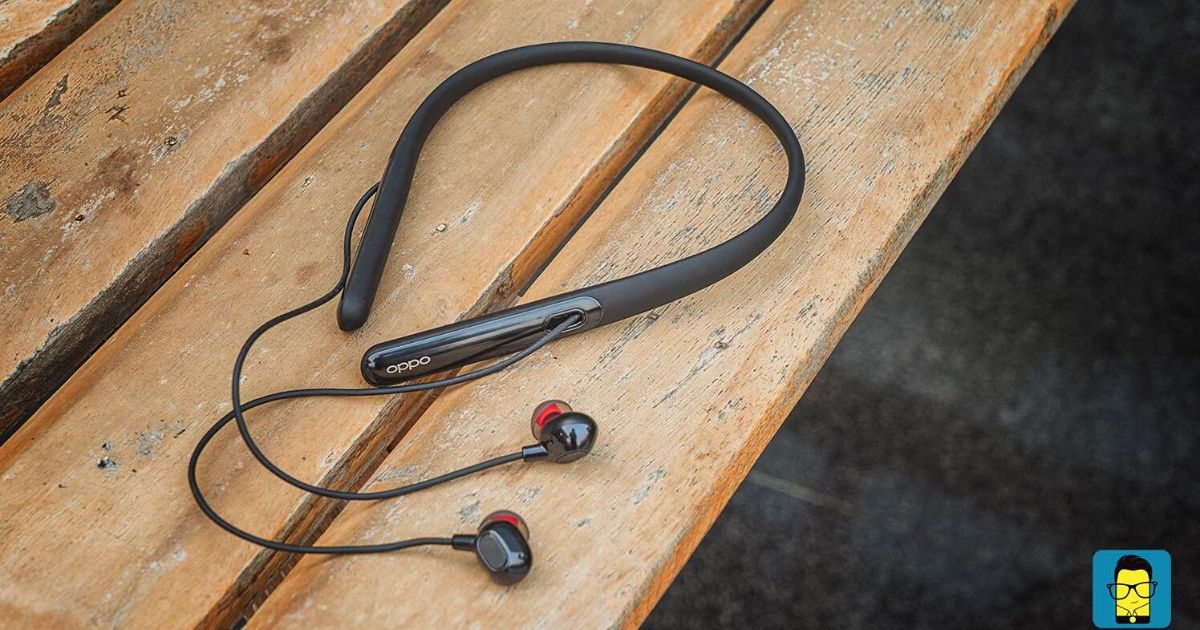 OPPO is behind some of the best selfie-centric smartphones launched in India, but the company also has a rich history in the audio department. In fact, the brand used to sell high-end DACs, headphones and 4K UHD Blu-ray players up until 2014. Now, after a brief sabbatical, the company is going back to its audiophilic roots by launching the OPPO Enco Q1 headphones in India, a neckband style earbud that comes with ANC. I’ve been using the headphones for a while now, and here’s what I make of them.

Let’s cut straight to the chase, shall we? The black colour variant of OPPO Enco Q1 headphones looks the part of a run of the mill Bluetooth headset. Thankfully, you can pick up the earphones in a Sunny Orange hue too, if you want a bit more pizazz. The earphones come with a rubberised neckband which is as flexible, as it is light-weight. Correspondingly, you’ll rarely ever feel the Q1’s anchored around your neck. It also houses all the input toggles for the earphones. The wires for the earpieces, which protrude outward through a cavity on either side of the neckband are quite sturdy too. On the flip side, they are a tad bit long. 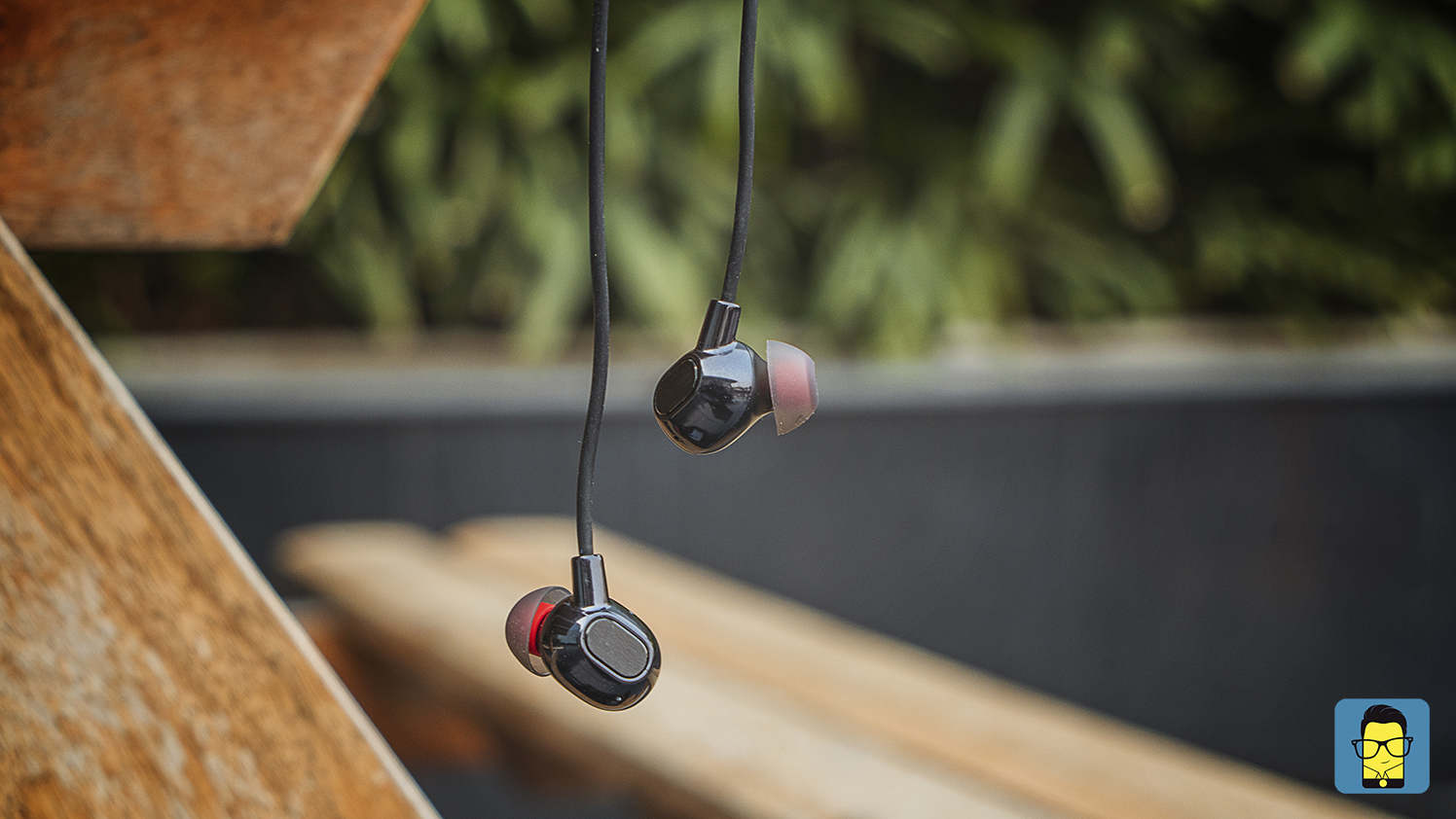 While this ensures that you have sufficient room to tilt and rotate your head, it also makes the earpieces dangle on your chest when they’re not in use. Thankfully, you can lock the earpieces in place as they ship with a magnet but, you can easily snap them off with a little force too. Lastly, the OPPO Enco Q1 ships with IPX4 certification, making them impervious to damage from sweat and moisture. So, you’ll need a better excuse to skip your workouts next time.

In terms of comfort, the OPPO Enco Q1 is right up there with other cosy in-ears like the Beyerdynamic Soul BYRD. You can even lay on one side on the bed as the earpieces won’t bite your ears. The only caveat is that I couldn’t, for the life of me, find a set of ear tips which would ensure a snug fit in my ears. Correspondingly, I always felt that the earpieces would fall off and therefore, spent a good chunk of my time readjusting and toying with the fit. 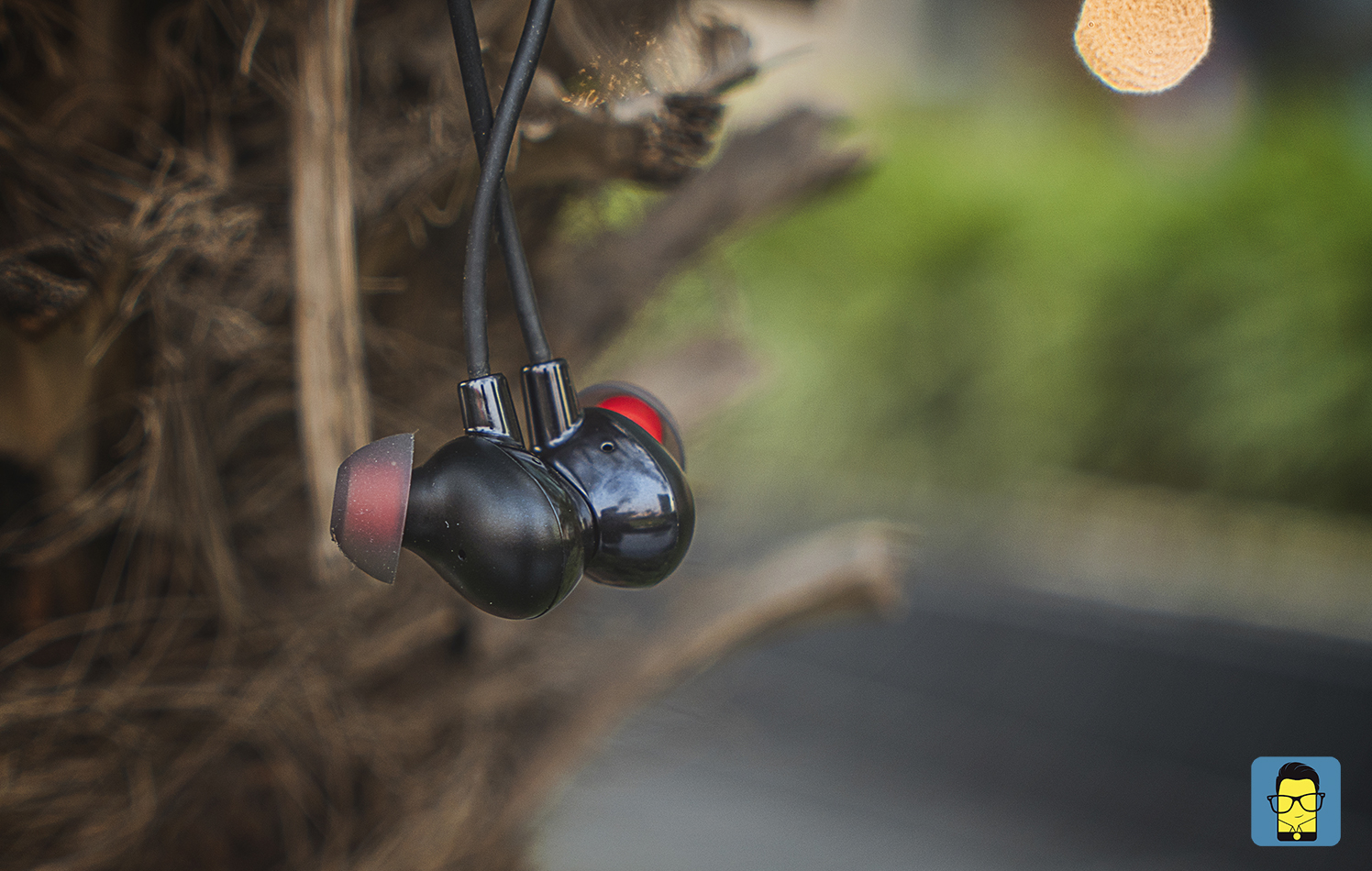 The Q1’s neckband also houses all the music playback controls, which have been neatly positioned towards its left-hand side. Starting from the bottom, the Q1 features a power button, which can also be used to invoke the search assistant of your choice via a quick double-tap. Moving on, the earbuds come with a tiny LED, along with a volume rocker above the power button. The volume rocker also doubles up as a track-switch toggle. Finally, you’ll get a button to enable/disable ANC, which is located at the very top, away from the music playback buttons so as to avoid any accidental clicks. 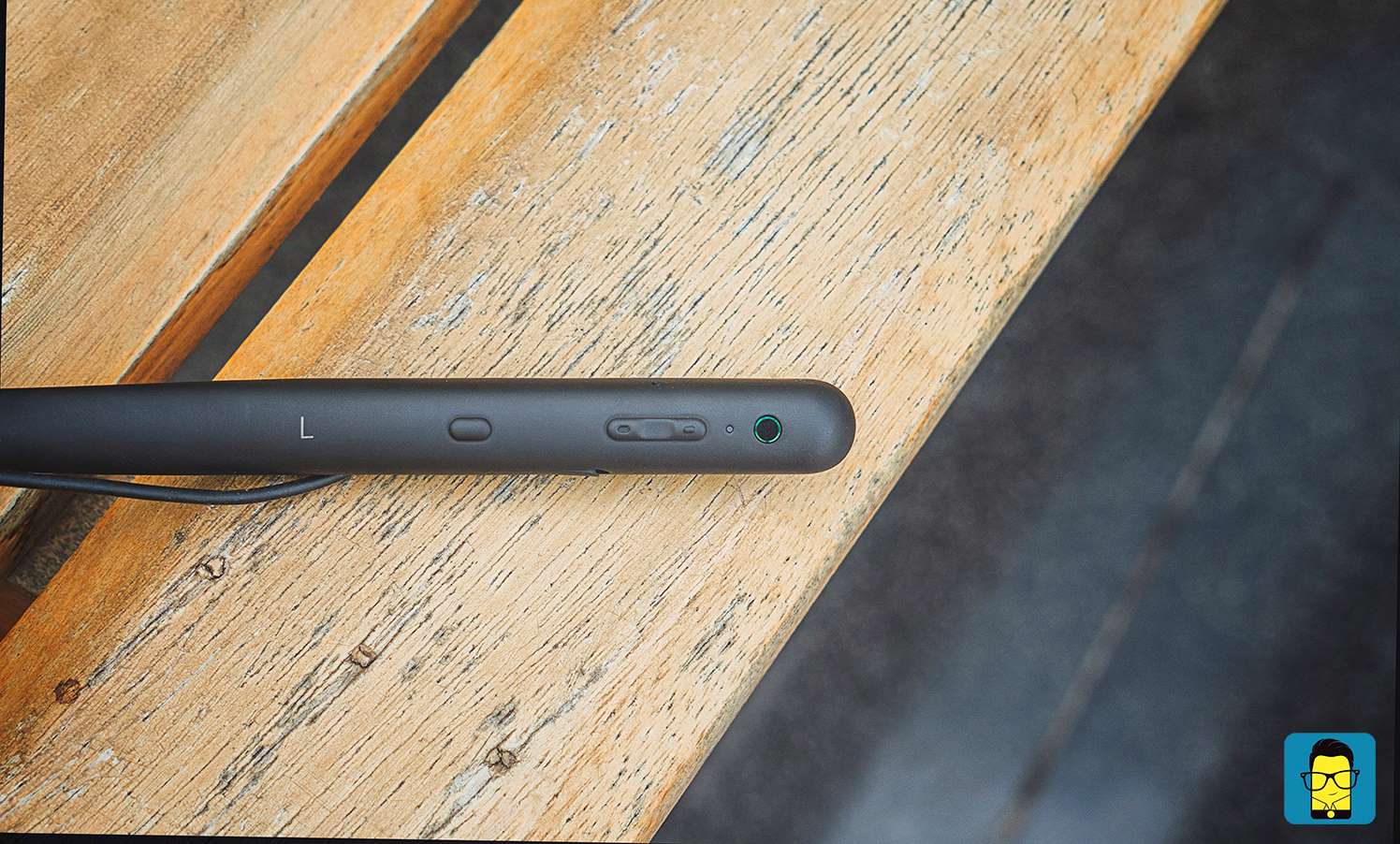 The ANC button also lets you switch between three listening profiles, including music, cinema, and gaming. All the buttons felt adequately tactile during my usage and I was not dependent on my phone to sift through my library either, so no complaints here. I’d also like to point out that the Q1 features a USB Type- C port for charging, which can be accessed by opening the flap below the music playback buttons.

The OPPO Enco Q1 is backed by a pair of 11.8mm dynamic drivers positioned inside each earpiece. The earphone comes with support for AAC audio codec, albeit misses out on other popular formats like aptX LL and aptX HD.

Coming to the sound quality, the Q1 offers a balanced sound signature with a rich mid-range, clear highs and for the lack of a better word – feeble bass. Therefore, if you’re the type who likes to feel the beat drop in your chest, you should look elsewhere. To my ears, the Q1’s low-end felt flaky and it didn’t have the necessary depth or gravitas which would entice me to listen to songs from the EDM or hip-hop genre. On the flip side, folks at OPPO Digital have done a mighty fine job tuning the mid-range, which brings out the best in any singer’s voice. Moreover, I didn’t find the Q1 to be sibilant either, so you can use the pair to listen to podcasts and audiobooks. As for the highs, the Enco Q1’s treble isn’t as sparkly or energetic as the KZ ZS6. However, coupled with the earphone’s stellar imaging and stereo separation (exemplified in Pink Floyd’s Wish You Were Here), it does make songs from the rock and metal genre sound clean, even at loud volume levels. 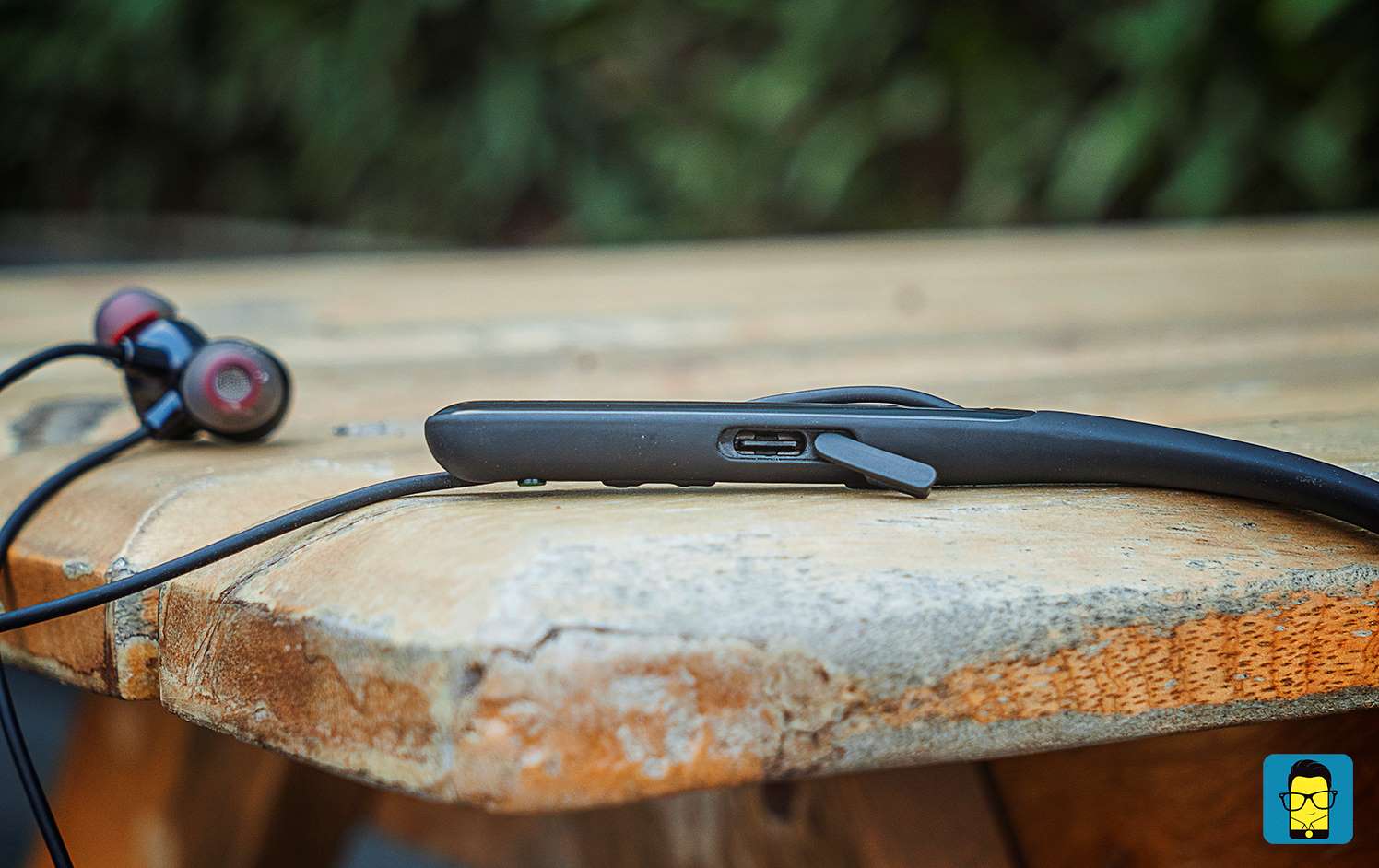 As for connectivity, the OPPO Enco Q1 pairs to compatible devices via Bluetooth v5.0. The earbuds offered a rock-solid connection during my testing period which only faltered if I moved too far away from the source device. Moreover, call quality through the built-in microphone was fantastic too. Unfortunately, much like most other Bluetooth earphones, you will notice a slight audio delay if you’re using the Q1’s to play games like PUBG. If only the earbuds shipped with Qualcomm’s aptX Low Latency codec.

While the sound quality of the earphones leaves something to be desired, the OPPO Enco Q1’s ability to cancel out environmental noise somewhat softens the blow. The earbuds utilize a feed-forward and a feedback microphone that work in synergy to offer Hybrid Noise Cancellation. Technical mumbo-jumbo aside, the Noise Cancellation on the Q1 does a decent job. It’s not otherworldly, and you’ll still be able to hear your co-worker’s chatter but for the price, it doesn’t get any better. 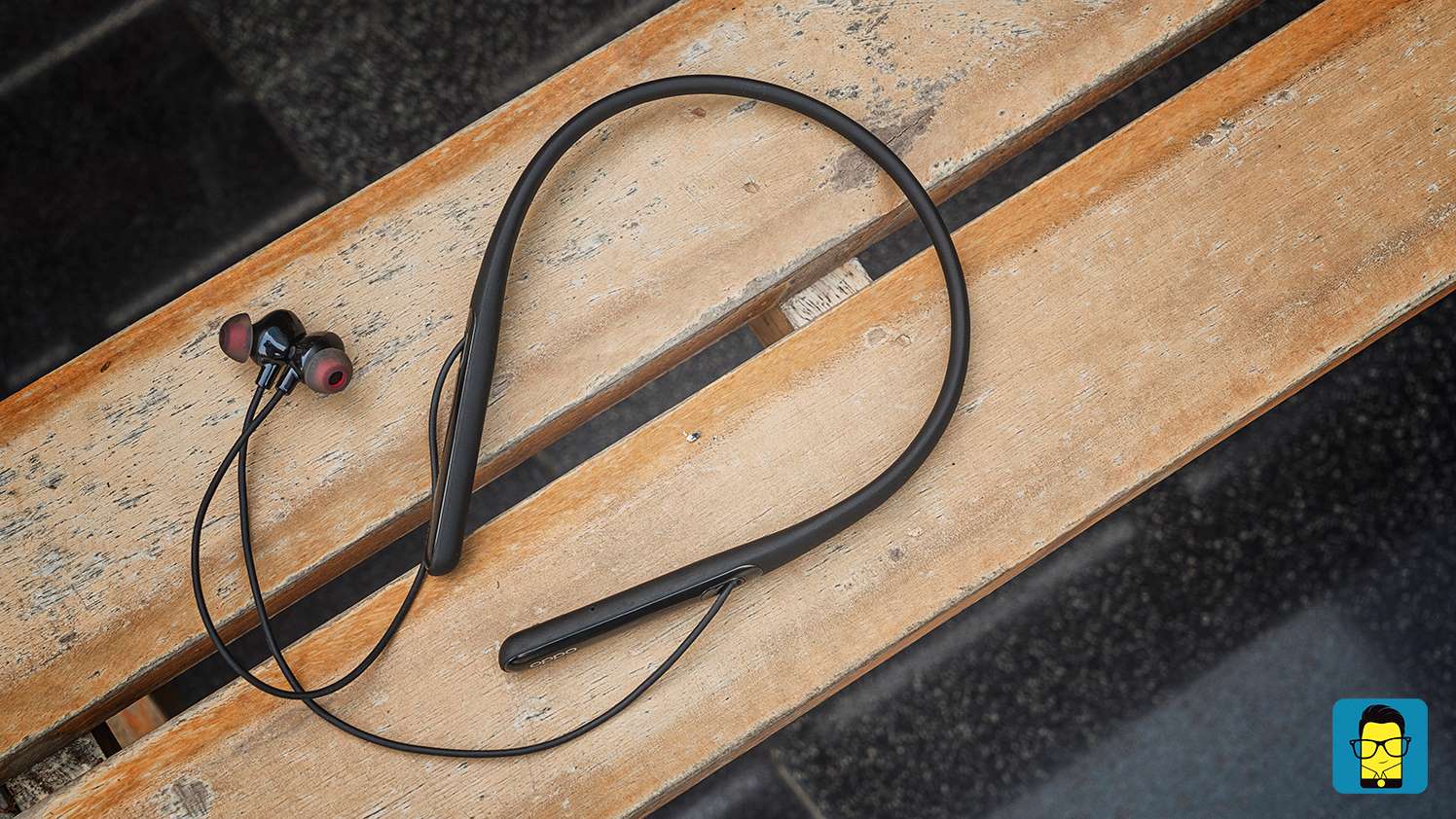 As for the battery life, the OPPO Enco Q1 promises a 15-hour backup. I recently took the pair on a two-day trip and suffice it to say, the earphones managed to play music for a solid ten hours before finally requiring a top-up. Unfortunately, the earphones aren’t compliant with the company’s quick-charging standards and consequently, take almost two hours to charge fully.

So, should you shell out Rs 7,990 for the OPPO Enco Q1? Well, provided you desperately need noise-cancelling to go about your day, I think you should. If not, then you might want to check out the OnePlus Bullets Wireless 2, which cost less and sound significantly better. Moreover, unlike OPPO’s offering, the Bullets Wireless 2 also comes with support for fast-charging. All in all, the Q1 is a solid attempt from OPPO and I can’t wait to see what the brand comes up with next.