OPPO F11 Pro gets leaked in a hands-on video 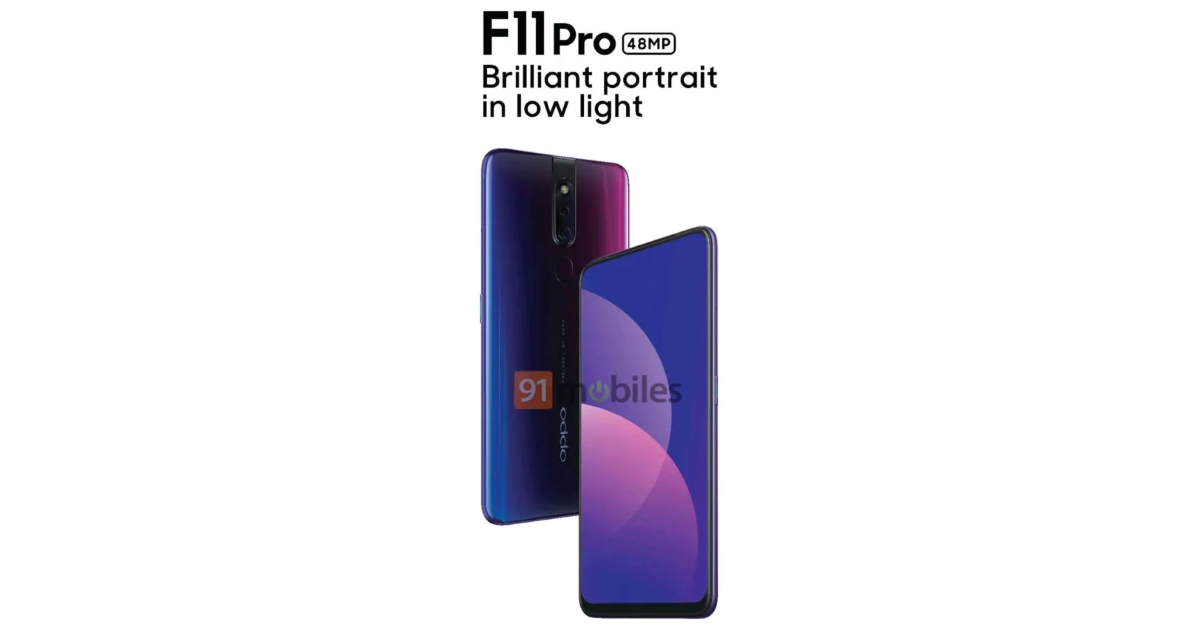 OPPO has confirmed that it is going to launch its next handset dubbed as F11 Pro soon, but we are not aware of the date. While we wait for the launch to happen, it looks like we didn’t have to wait for a hands-on video of the phone. A twitter user has posted a video of what appears to be the OPPO F11 Pro.

Also read: OPPO F11 Pro with a pop-selfie camera leaked in a video

Thanks to the company’s teasers we already knew how the new handset would look like. Now with this short hands-on gives us hint that the OPPO is going to release its phone quite soon. Let’s talk about the video and what we have learned from it.

The video showcases a big display of the device and the triple rear camera setup placed in the top-center of the phone. You can see the violet-blue gradient colour shinning the reflection of the person recording the video. It isn’t surprising to see the handset being spotted in the wild. As most manufacturers share the units with retailers earlier as the launch date nears.

With this video popping up online, it can only be said that OPPO is getting ready to kick some phones out of the market with its all-new handset. The F9 series has been quite popular in India with its Super VOOC charging and beautiful design. The F11 Pro seems to highlight the 48MP rear camera with Super Night mode and best in class portrait shots as we have received words on those from the brand itself.

Now talk about the pop-up selfie camera which was showcased in the product video that got leaked last week. For some reason, the hands-on video doesn’t showcase the elevating selfie snapper. On the rear, you can see a fingerprint sensor of oval shaped. It was expected that the company would introduce in-display fingerprint sensor as it has done on its Oppo K1 launched in India earlier this month.

There is not much known as far as the OPPO F11 Pro specifications are concerned, but we may soon see it happening as the launch of the phone is imminent. What do you guys think of it? Let us know in the comment section below.