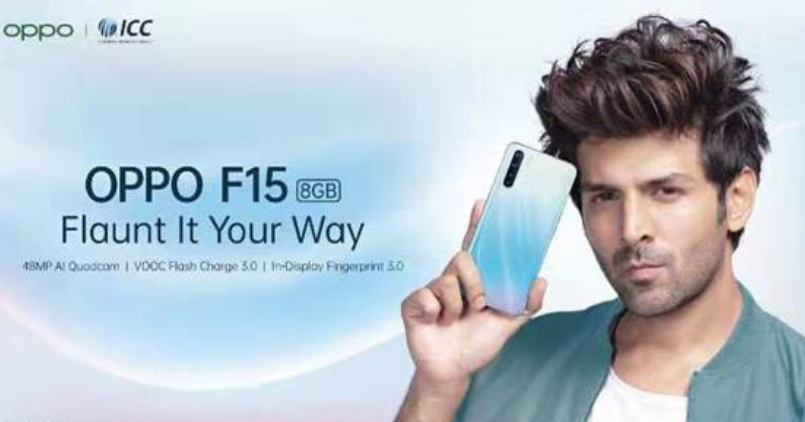 OPPO is all set to launch its next smartphone this month. The Chinese smartphone manufacturer is all set to unveil F15, its next F-series smartphone. But unfortunately, at the moment there is no exact date revealed. But, we now know more than before, we know about features that will be adorned by the OPPO F15. Let’s talk about it below.

OPPO is all set to introduce the F11 successor in India before January ends. It is all set to adorn great looks for you to flaunt, as the company gears up to keep the F-Series legacy alive. Teased to sport a unique rear back with gradient colour build, it’ll be the company’s new fashion statement smartphone.

Set to sport quadruple rear camera support with a 48MP resolution primary sensor. The remaining camera setup is unknown, for that you’d have to wait. The next thing that OPPO is teasing about its F15 smartphone is battery life. It is all set to pack a VOOC Flash Charge 3.0 support. This will mean the 5 minutes charge will offer up to 2 hours of talk time.

Ramping up the security, it will be equipped with an upgraded in-display fingerprint 3.0 sensor. It is said to unlock the device in 0.32 seconds. Speaking about the dimensions, it will be sporting a 7.9mm thickness and will weigh at 172 grams.

The OPPO F15 price is expected to be below Rs 20,000 as far as the track record of the previous generation models is concerned. Further, the pricing will depend on which processor and camera sensors will be equipped in the phone.

What do you guys think about the upcoming OPPO F15? Let us know in the comment section below.