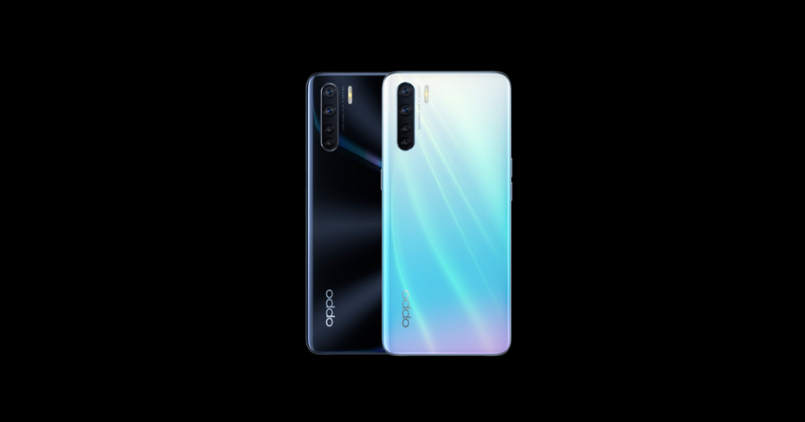 OPPO has announced its latest upgrade in the F-series, the OPPO F15 in India Today. The new handset from the house of OPPO is priced at Rs 19,990 and would be available on Flipkart and Amazon, starting January 24th. It will be available in two colours including Lighting Black and Unicorn White. Let’s talk about the specifications and features of the new OPPO smartphone in India.

Sporting a 6.4-inch Full-HD+ display with a resolution of 1080 x 2400 resolution. It has a 20:9 wide aspect ratio, offering it a 90.8% screen-to-body ratio with a water-drop notch style. This phone has a 7.9mm thickness and weighs at 172g. OPPO is particularly stoked about the rear design of its new phone. The brand says that you can flaunt the shiny sophisticated looks of this new sub-Rs 20,000 smartphone.

Powered by MediaTek Helio P70 processor, it has an 8GB of RAM and 128GB of storage, which can be expanded via microSD card slot. Its a UFS 2.1 storage in case you were wondering. Speaking about the camera department, it has a quad rear cameras setup, where the primary lens is a 48MP sensor.

Talking about the three remaining sensors, there is one wide-angle lens of 8MP resolution. The other two sensors are 2MP resolution, where one functions as macro and other as a depth sensor. The selfie camera on this handset is 16MP with f/2.0 aperture. The brand teases video stabilization on the rear camera setup. Note that its an EIS, Electronic Image Stabilisation, and not the OIS, optical image stabilization.

Having a 4000mAh capacity battery life, it supports VOOC 3.0 fast charging. This fast charging is said to charge your phone pithing 76 minutes from zero to a hundred. While the 50% charging can be achieved within 30 minutes. It has a USB Type-C port, a 3.5mm audio jack, and a fingerprint sensor on-screen.

What do you guys think of the new OPPO F15 smartphone in India? Let us know in the comment section below.