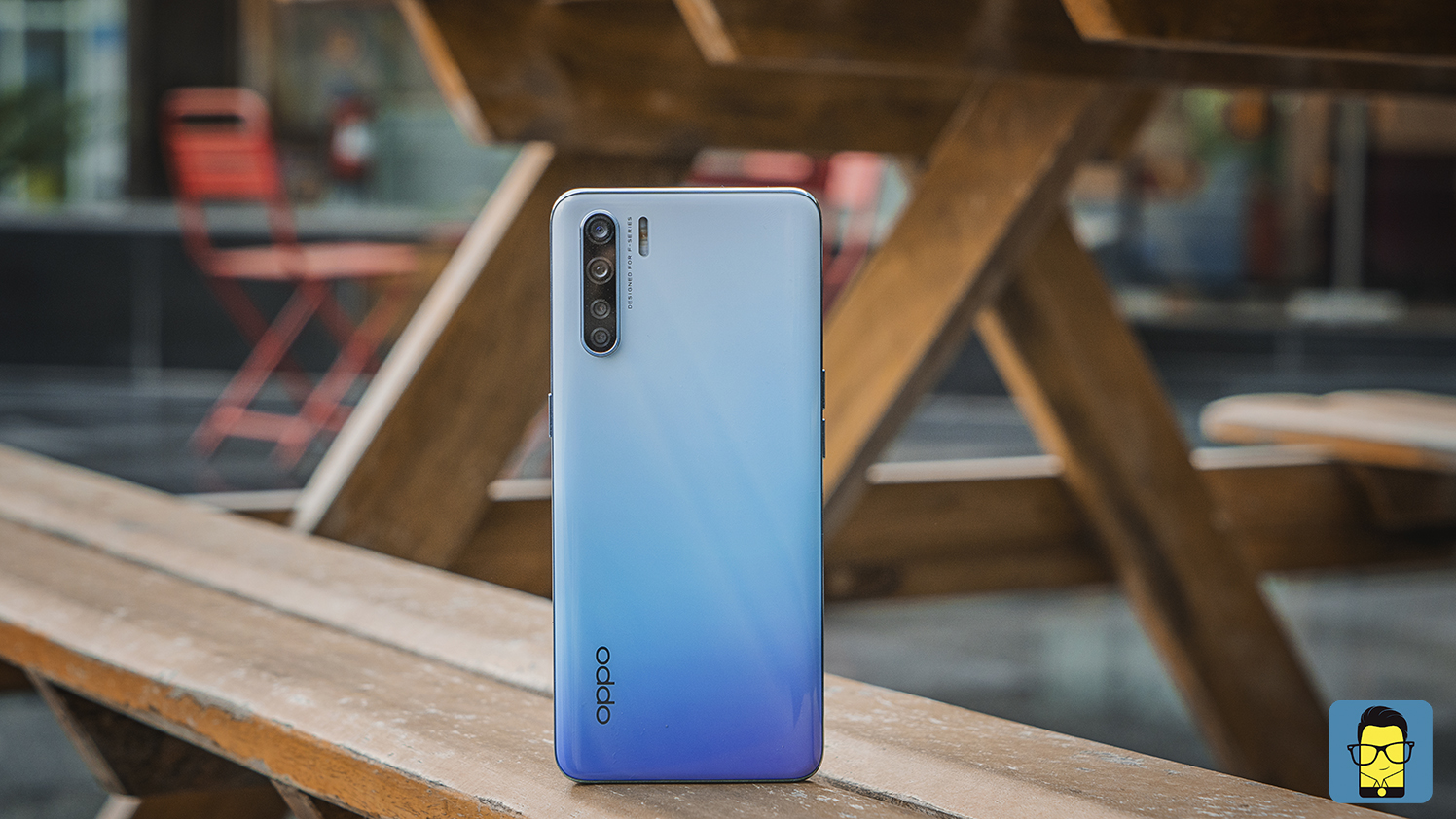 The F-series is back. After a bit of a hiatus, OPPO’s latest in the F-series is the new F15. Which by the way, is the rebranded OPPO A91 launched in China. That doesn’t really matter as long as the phone is good. So, does the F15 have what it takes to start off 2020 on a good note for OPPO? Let’s find out in our full review. 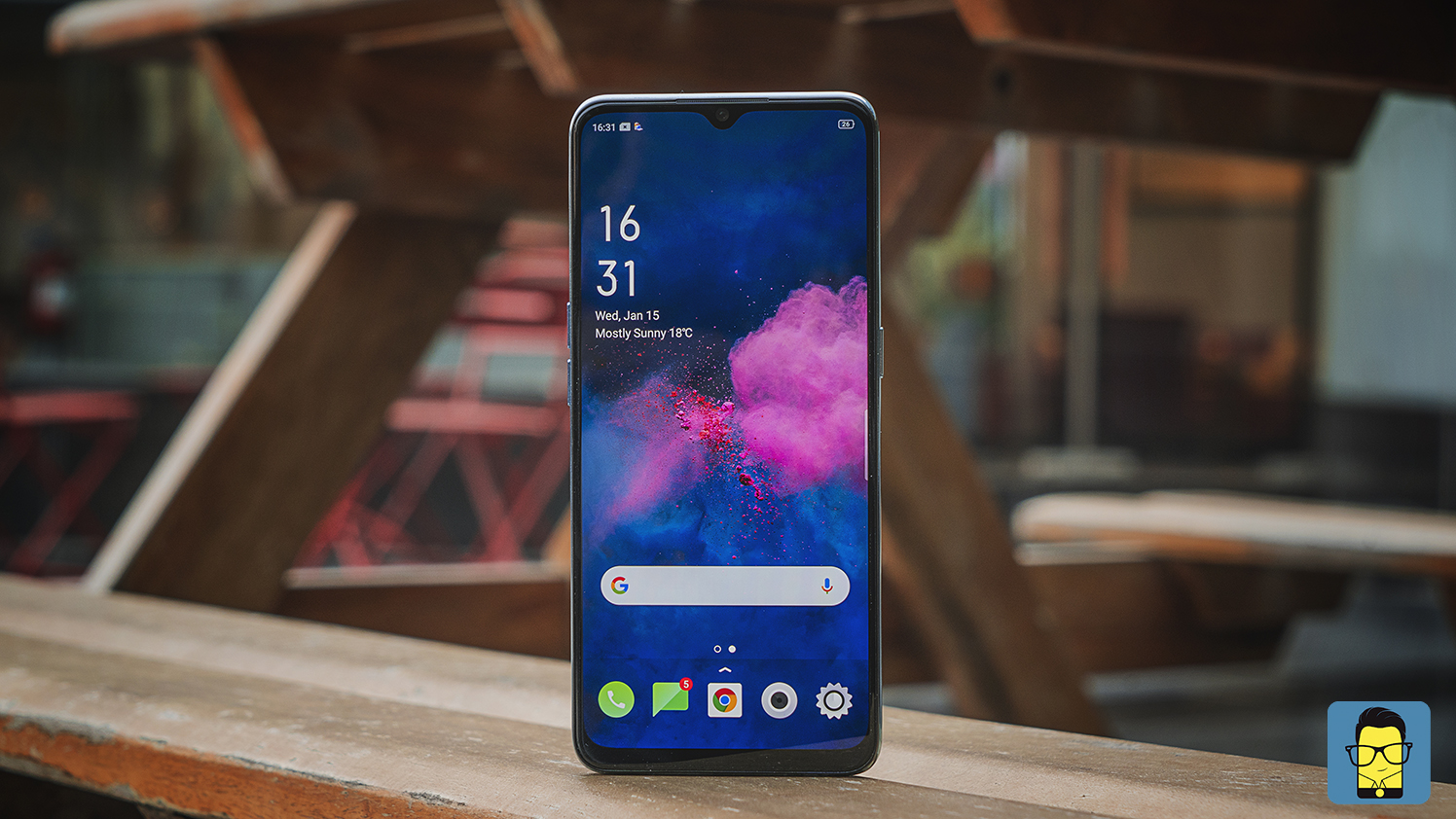 One look at the OPPO F15 and I was like – hey, I’ve seen this somewhere. Well, it looks a lot like sister company Realme’s XT especially with its vertical quad-camera module on the rear.  However, the F15 is a slimmer and lighter version of the Realme XT. At just 7.9mm thinness and 172g of weight, it is one of the slimmest phones I’ve held in recent times. Couple that with the 20:9 tall aspect ratio, you get a phone that is an ergonomic delight. FYI, it is light mostly because OPPO has used an all-plastic construction. And, my only gripe with the otherwise good design, is that it uses that stainless steel finish on the plastic body frame looks a little out of place and cheap. 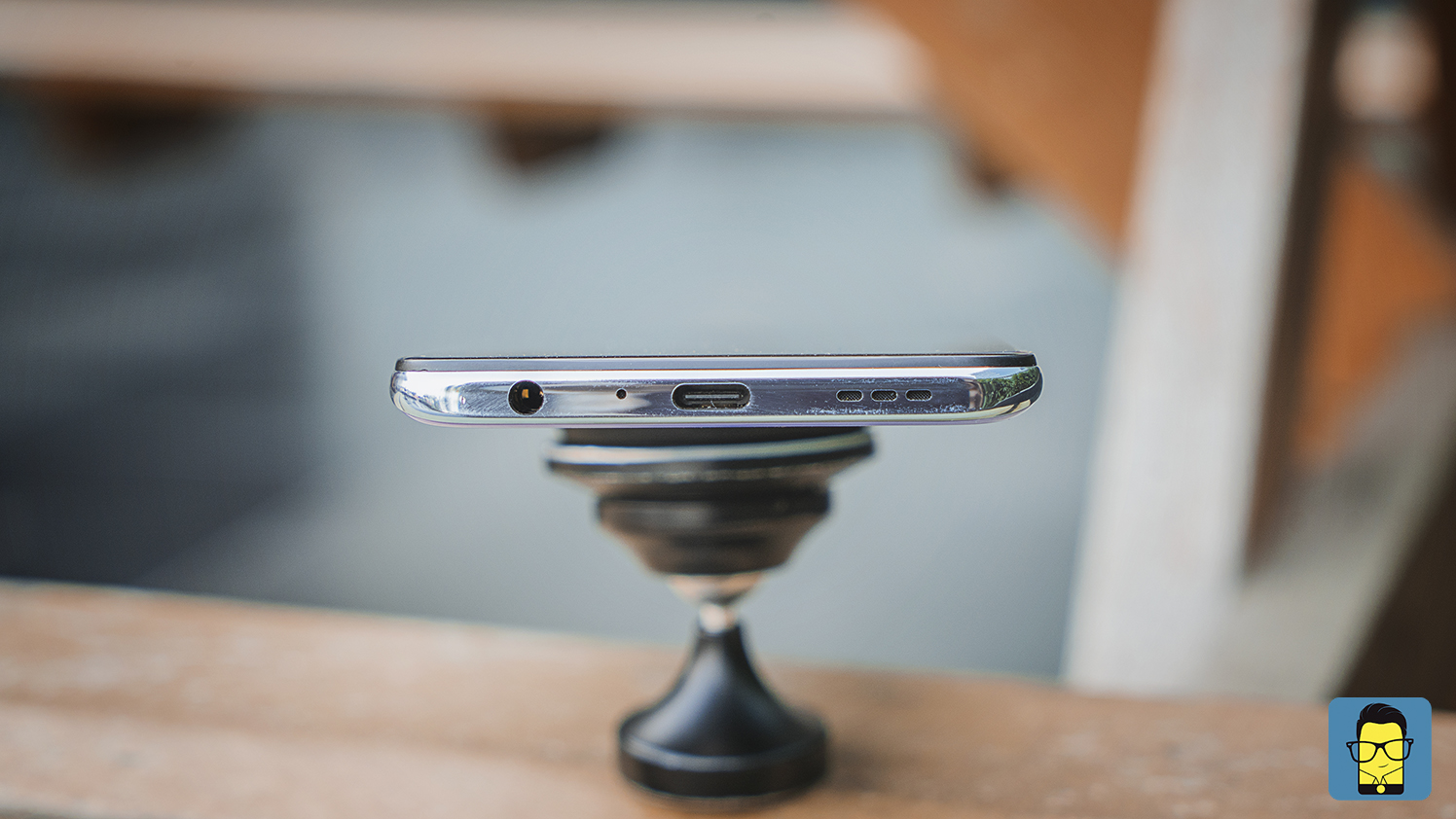 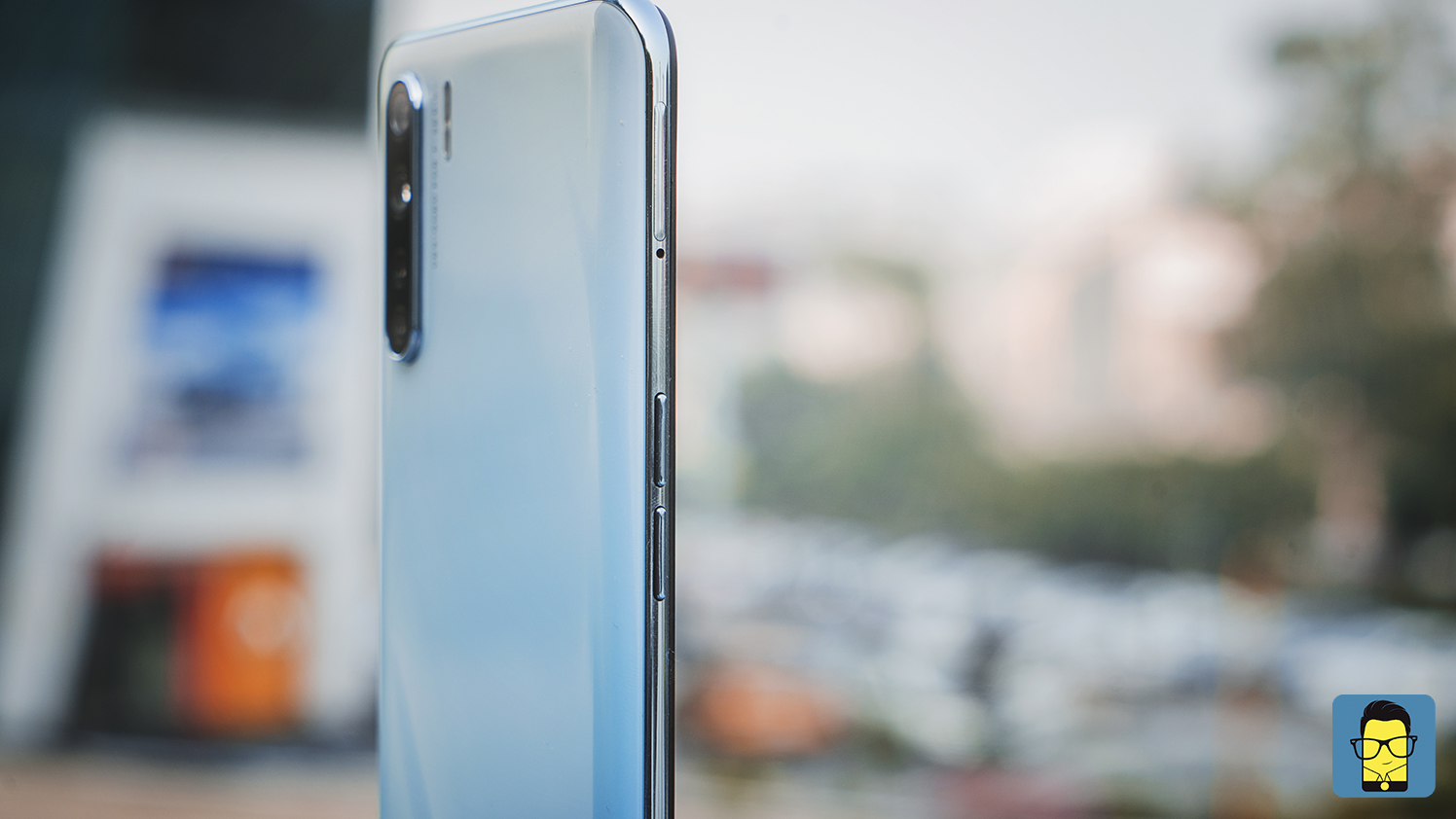 The phone is available in two colors – Unicorn White and Lightning Black. The Unicorn White variant looks a lot like the Huawei P30 Pro’s Breathing Crystal gradient if you ask me. Pretty attractive, no doubt. I also like the fact that you get a headphone jack and a Type-C port at the bottom, with a single mono speaker. Plus you get a proper triple slot for two nano-SIMs and a microSD card. And lest I forget, the tactile feedback on the power button and the volume rocker is pretty damn good.

Also read: Realme X2 review: Consolidating the mid-range with yet another winner

All in all, the F15’s design has a new and improved take on a tried-and-tested design and that, in my opinion, is not necessarily a bad thing. 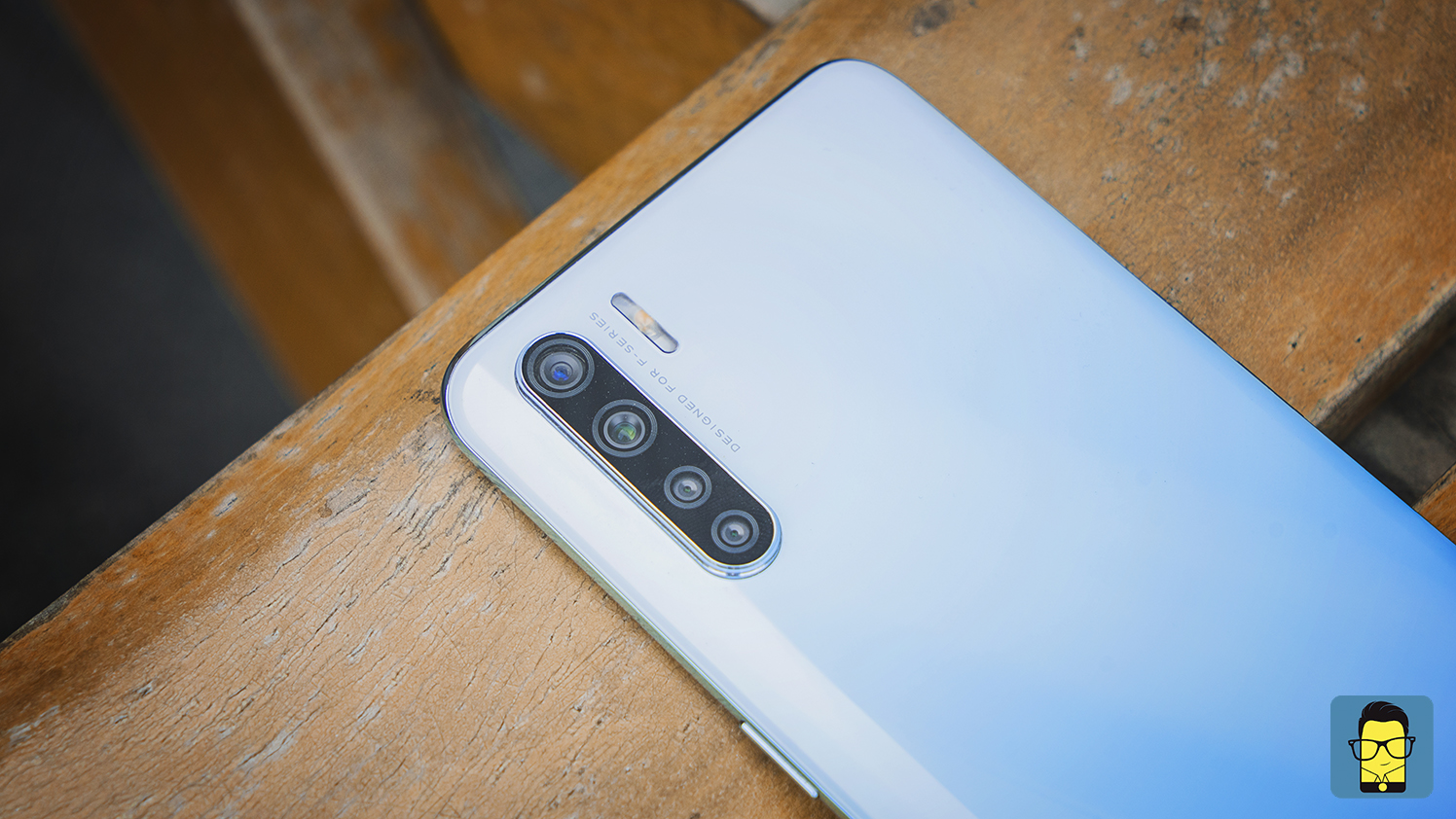 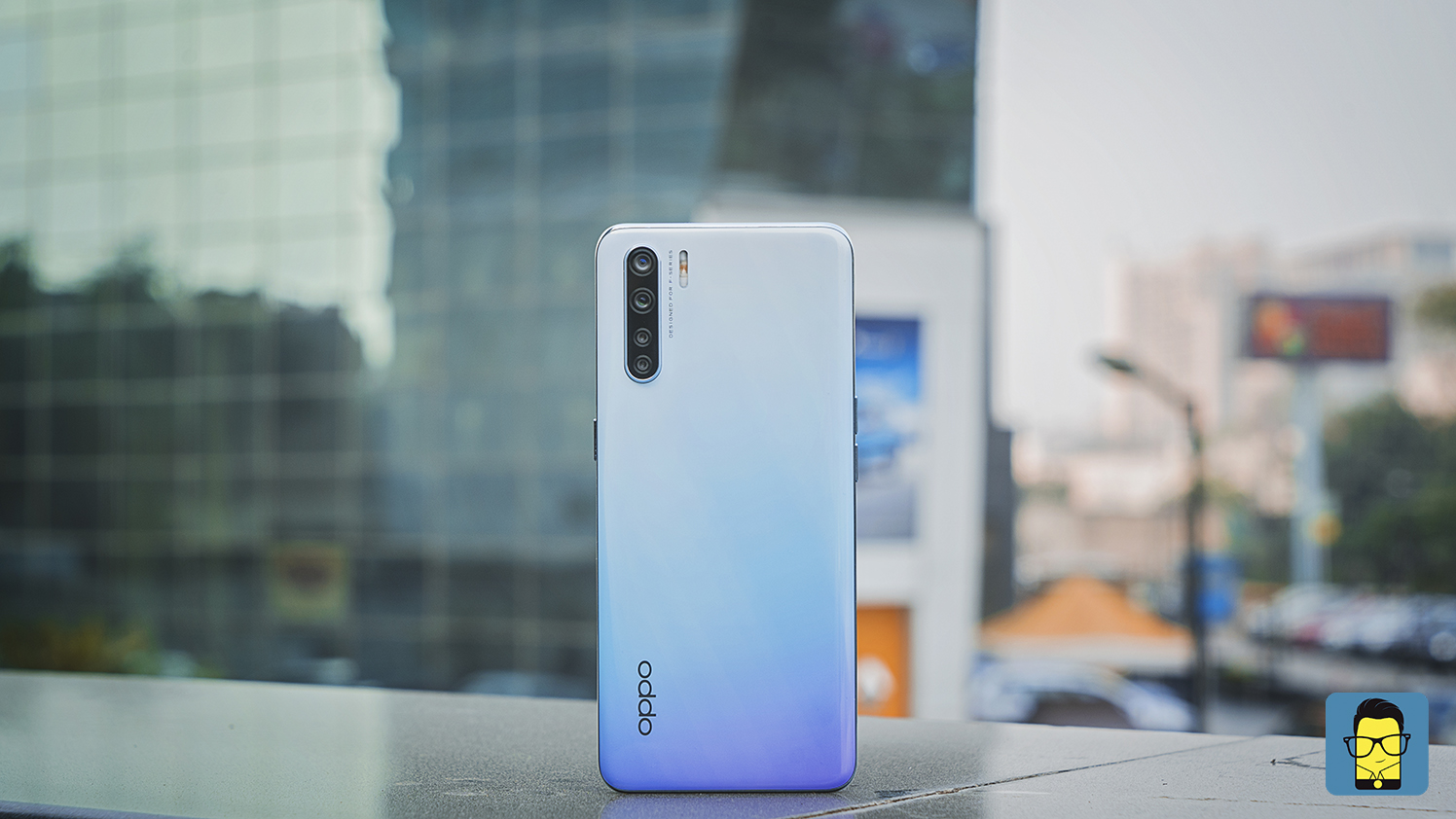 The F15 has a 6.4-inch AMOLED display with an excellent color temperature tuning straight out-of-the-box. The brightness, however, tops out at 430 nits. It could’ve been higher but the sunlight legibility in real life was not too bad. There’s also Widevine L1 support for HD streaming and Netflix actually plays shows in HD. I double-checked. The display is also protected by Corning’s Gorilla Glass 5. I would have really liked support for HDR content. That said, this display is actually one of the better ones out there with only a tiny waterdrop notch obstructing your view. 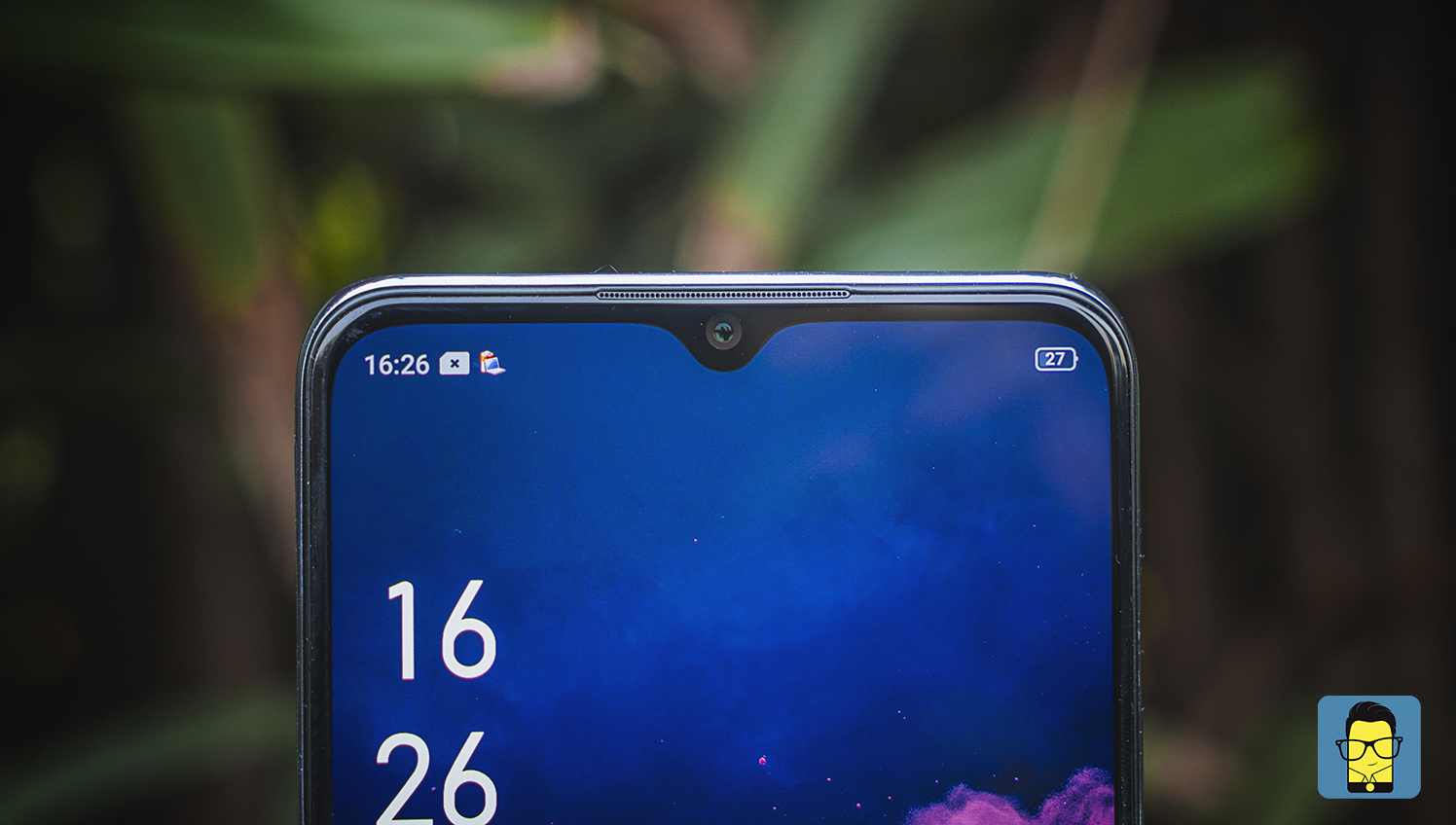 More than the display, I am stoked about the excellent 135Hz touch sampling rate. The display just responds to your touch instantly. Moving on, you also get an in-display fingerprint scanner that’s fairly fast but not as fast as the face unlock, which is what I used for the duration of my review.

The OPPO F15 runs Color OS 6.1.2 based on Android 9 Pie. An update to Color OS 7 has been promised by the company, which is coming very soon. We’ve spoken a lot about Color OS 6 in our previous reviews, so you can go check those out. And, if you want a look at Color OS 7 and what has changed – take a look at our comparison video instead. 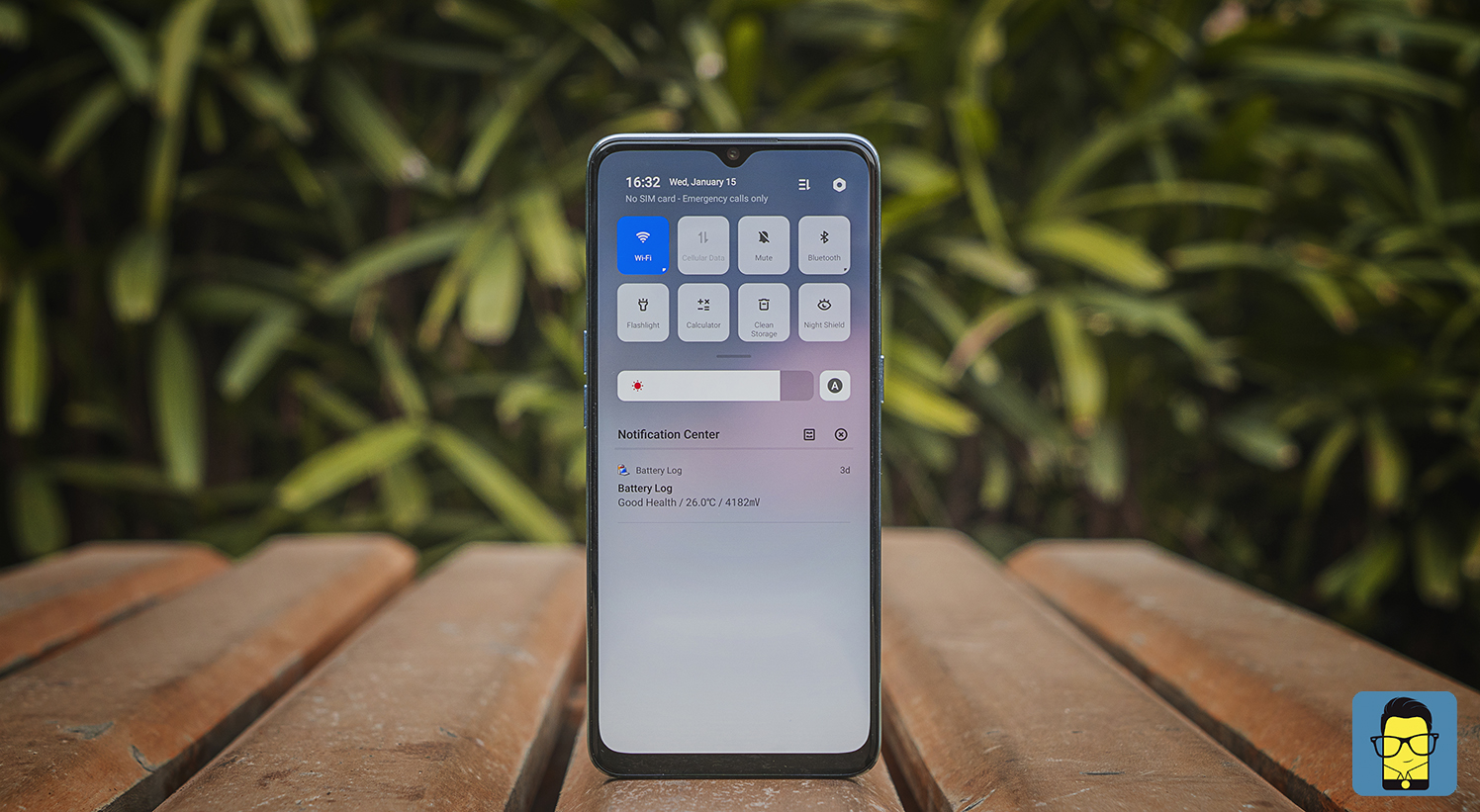 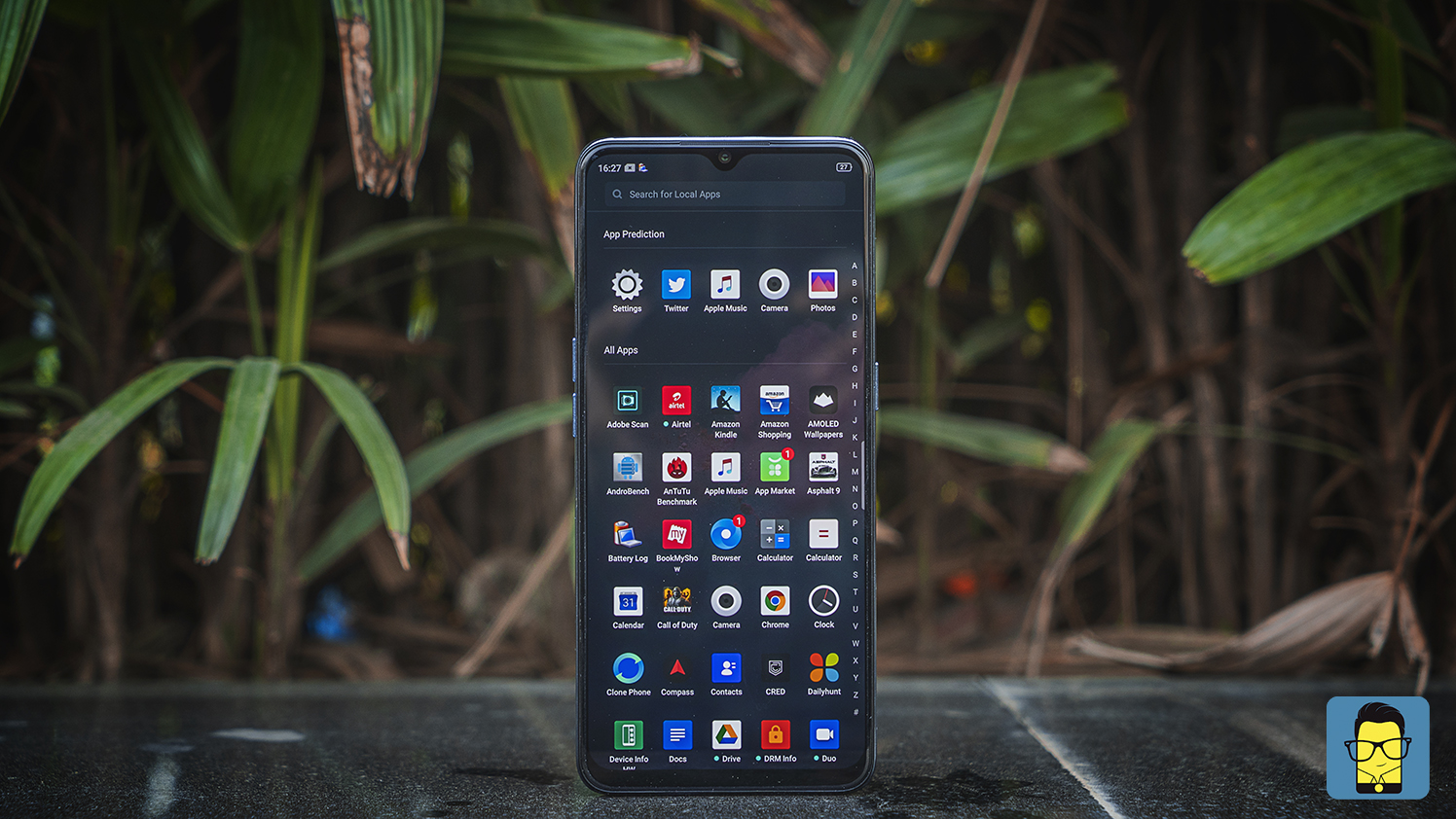 I just want to leave you guys with the fact that I chanced upon big, screen engulfing, full-page ads when I was forced to open the default browser. Otherwise, there were none to speak of.

The moment I took the phone out of the box and fired the cameras, I noticed that it was extremely fast at auto-focusing and shooting images using the primary 48MP sensor. This is the Samsung GM2 sensor, by the way. The 12MP shots are fairly crisp in daylight with excellent, if slightly muted, color reproduction. In fact, in certain shots, the dynamic range was far better compared to the over-saturated look of the Realme X2’s images. 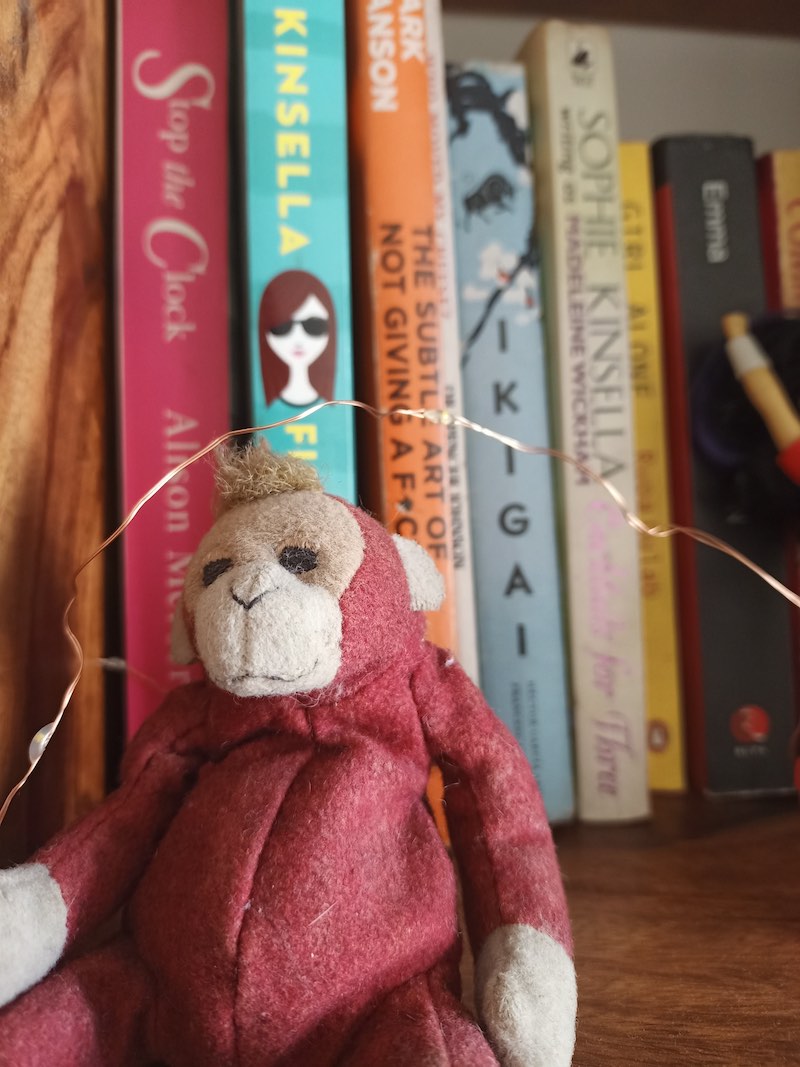 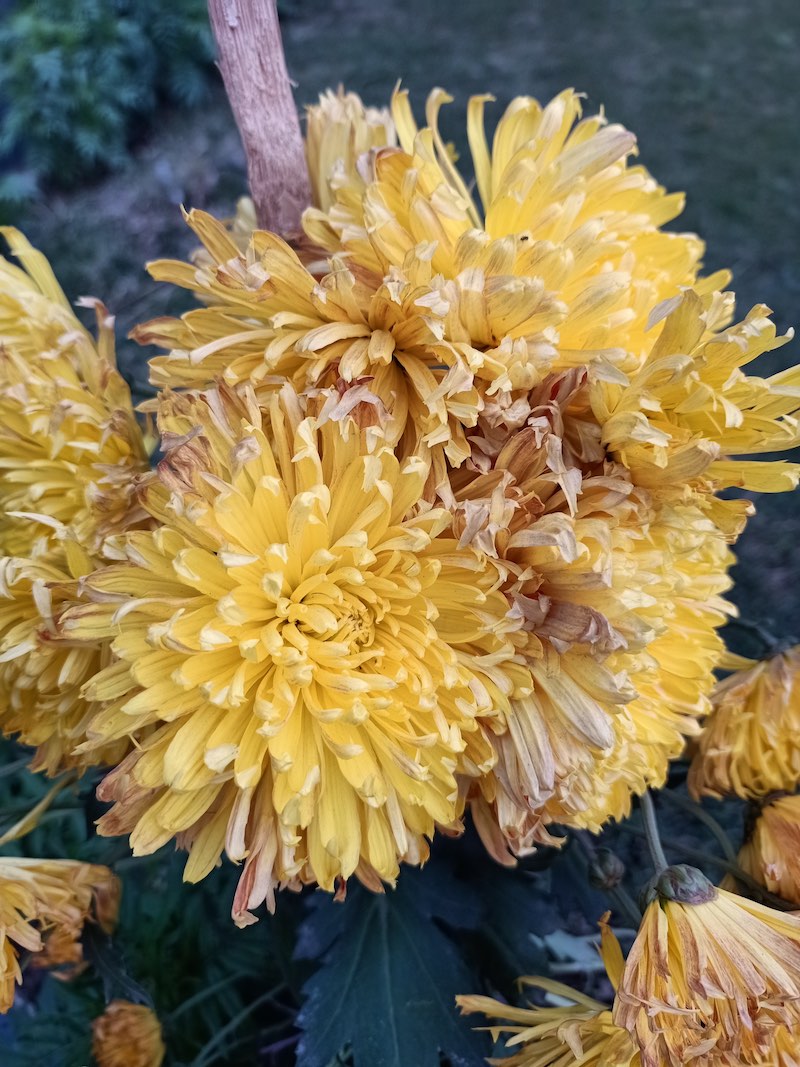 Take a look at this shot of the red flower. The X2 has made it pink whereas the F15 has retained the natural color. Plus, one can clearly see that the contrast is way better too in the next sample. The same is the case for the 8MP wide-angle camera. While I am still not a fan of the color science disparity though. Interestingly, OPPO uses the technique where you use the wide-angle camera to go close for macro shots. 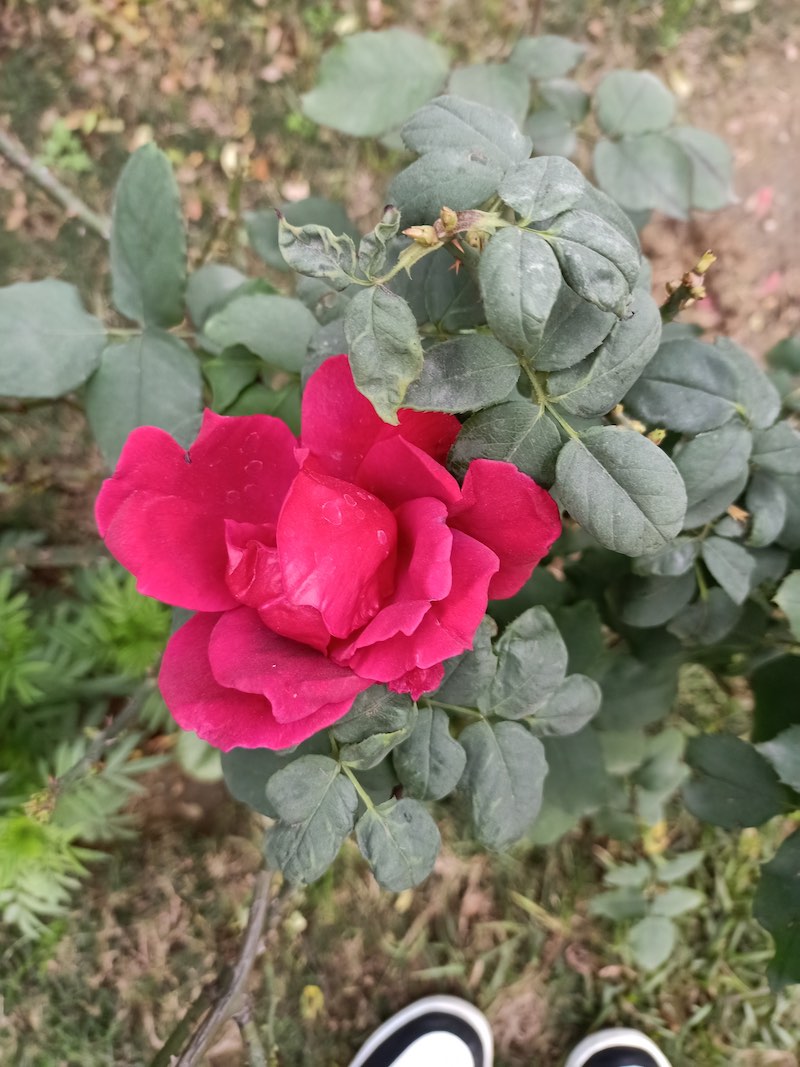 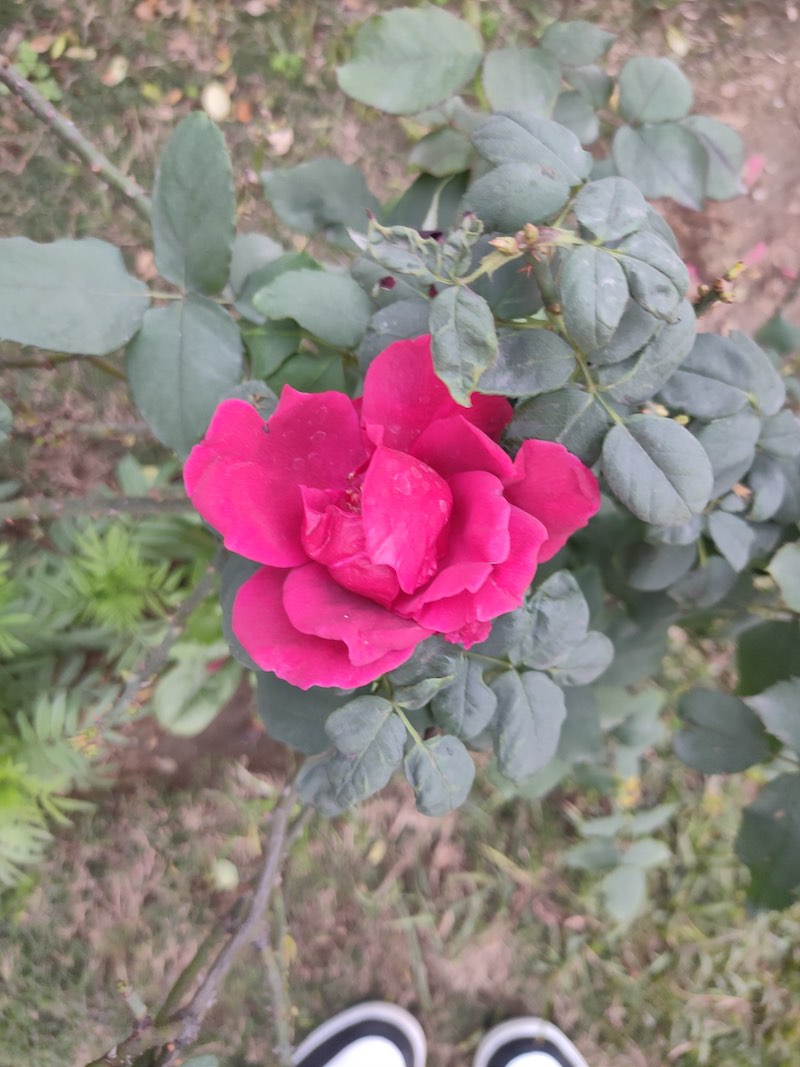 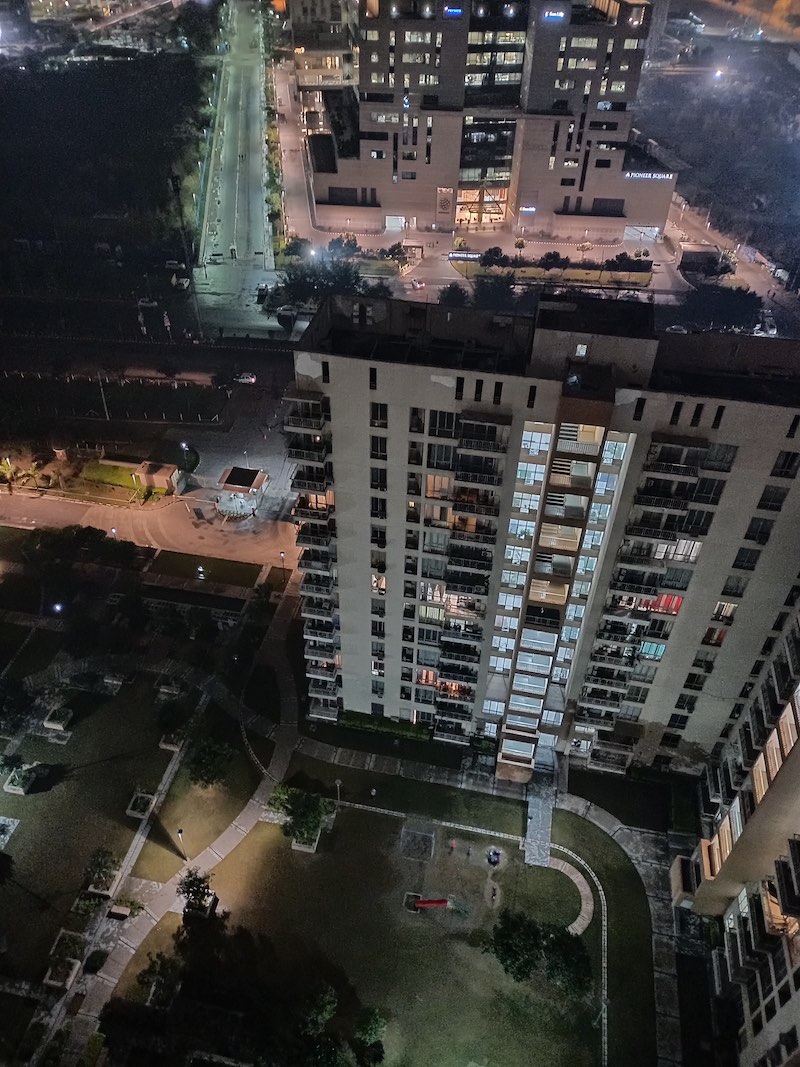 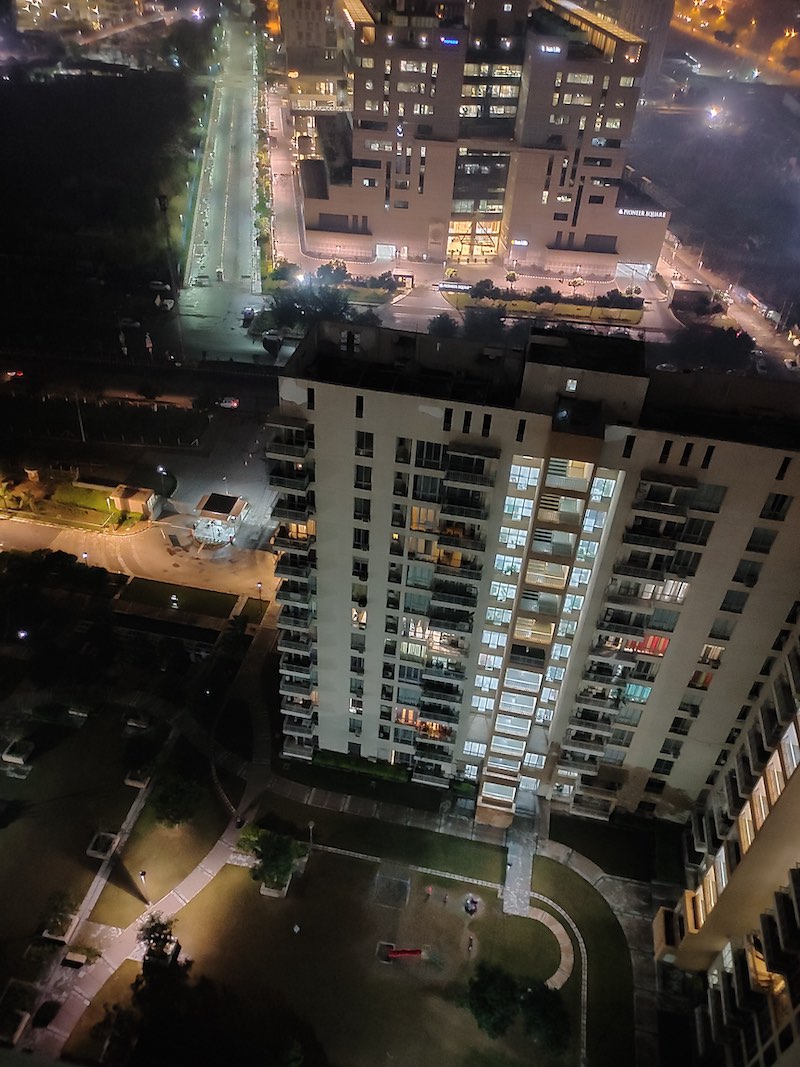 (1st picture shot by OPPO F15 and the second one by Realme X2. Both pictures shot using Night Mode)

In macro shots, the Realme X2 is slightly better than the F15 because half the time I couldn’t get it to focus. Portrait mode and the resulting pictures are again better on the F15. And, so are the low light+night mode shots as you can clearly tell. My only issue is the F15 doesn’t shoot 4K videos and tops out at 1080p 30fps. It has EIS for what it is worth. The selfies are as good as what you get on the Realme X2. 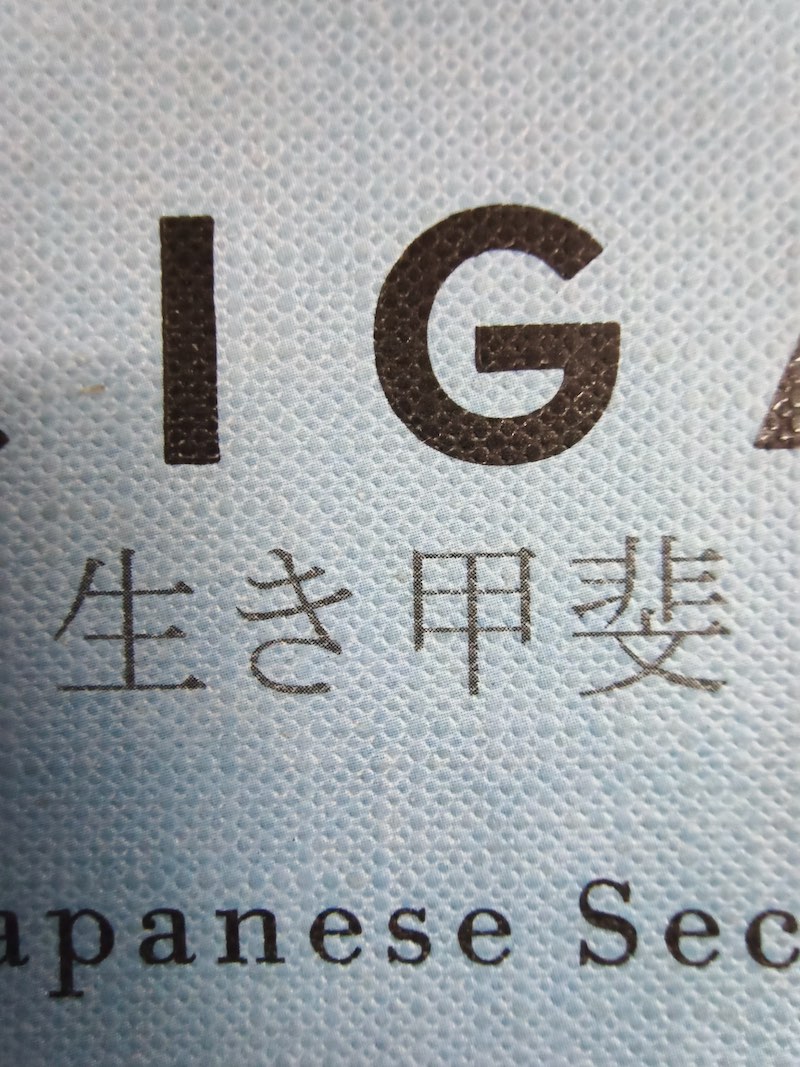 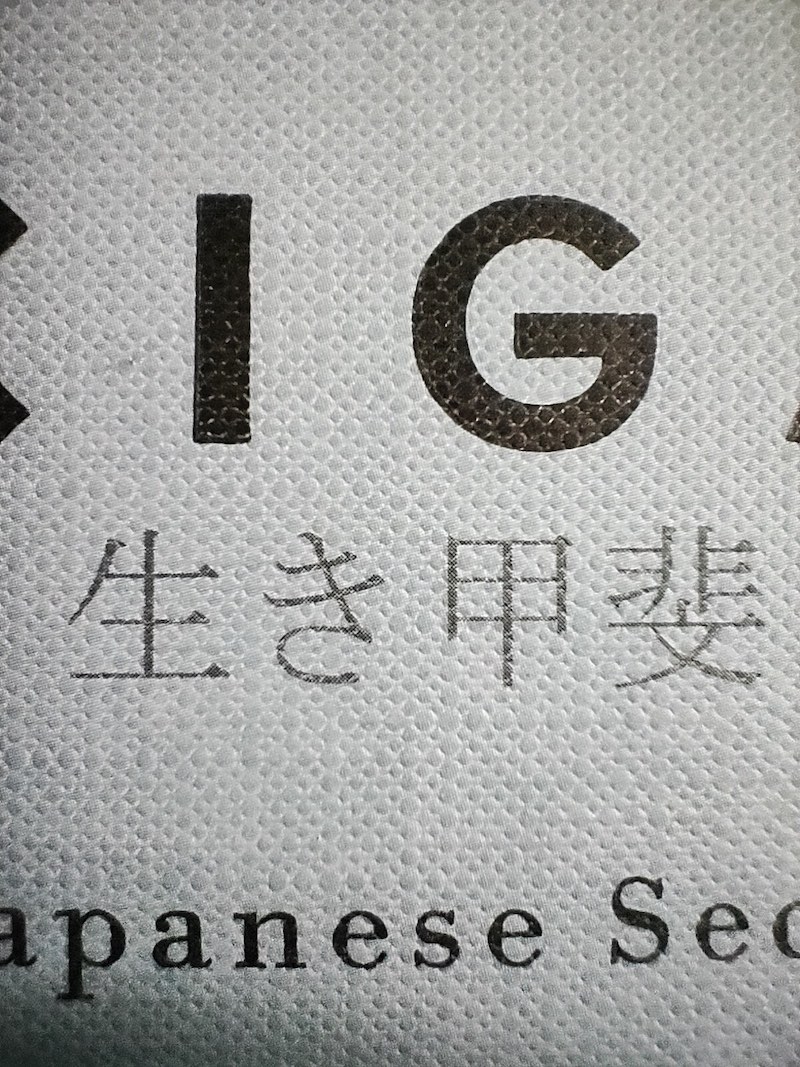 (1st picture shot by OPPO F15 and the second one by Realme X2. Both pictures shot using Night Mode)

From what I have noticed, the F15 has a very capable set of cameras. Do let me know if you guys would like to see a camera comparison of some sort.

OPPO F15 performance: a more powerful processor would have benefited the phone

So, everything about the F15 has been nice until now. My only problem with the F15 is that it uses the Mediatek Helio P70 chipset. Not that it is bad or anything, but it is definitely underpowered. Take a look at the benchmark numbers for yourself. Anyway, the rest of the specs are pretty good. And, this is how offline store salesmen will entice you with their pitch – “Sir this phone has 8GB of RAM, 128GB of storage, we will give you free 256GB card….aaaaaand it has an octa-core processor.” 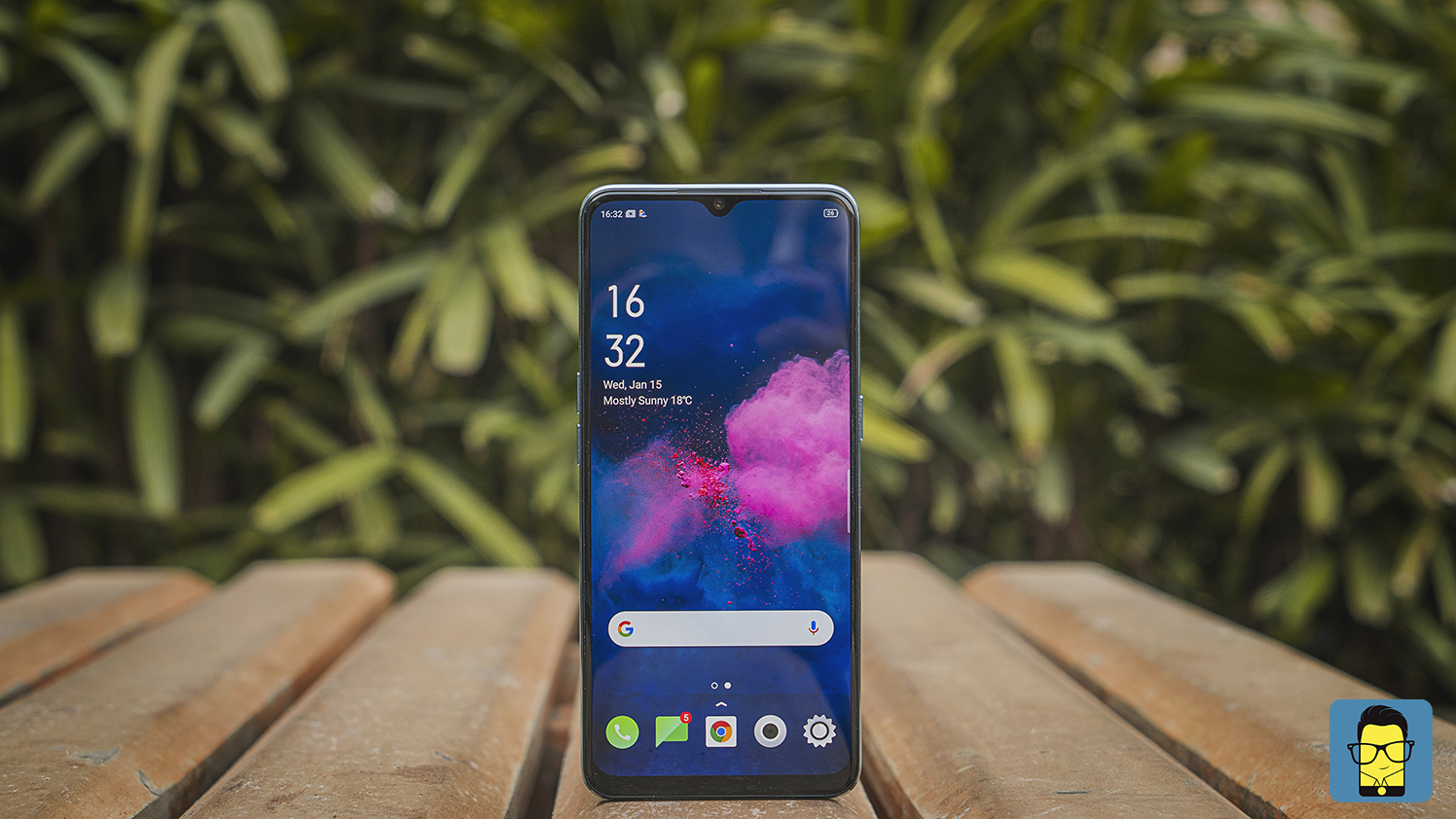 See again, the performance for day-to-day usage is still going to be fine, but if you are planning on playing PUBG and COD, you should look at other, more powerful phones such as the Realme X2 or the Redmi K20.

Also read: Redmi K20 Pro review: oh OnePlus and ASUS, I am worried for you

Now, I also got a great 4G over two networks with Dual-VoLTE. Additionally, the call quality on the earpiece was also excellent. As for the mono speaker at the bottom, it was clean, crisp, and fairly loud. One of the better mono speakers out there if you ask me. And, after the disappointment that was the vivo S1 Pro with its average headphone jack performance, the F15 was a breath of fresh air. Music sounded really good once again. 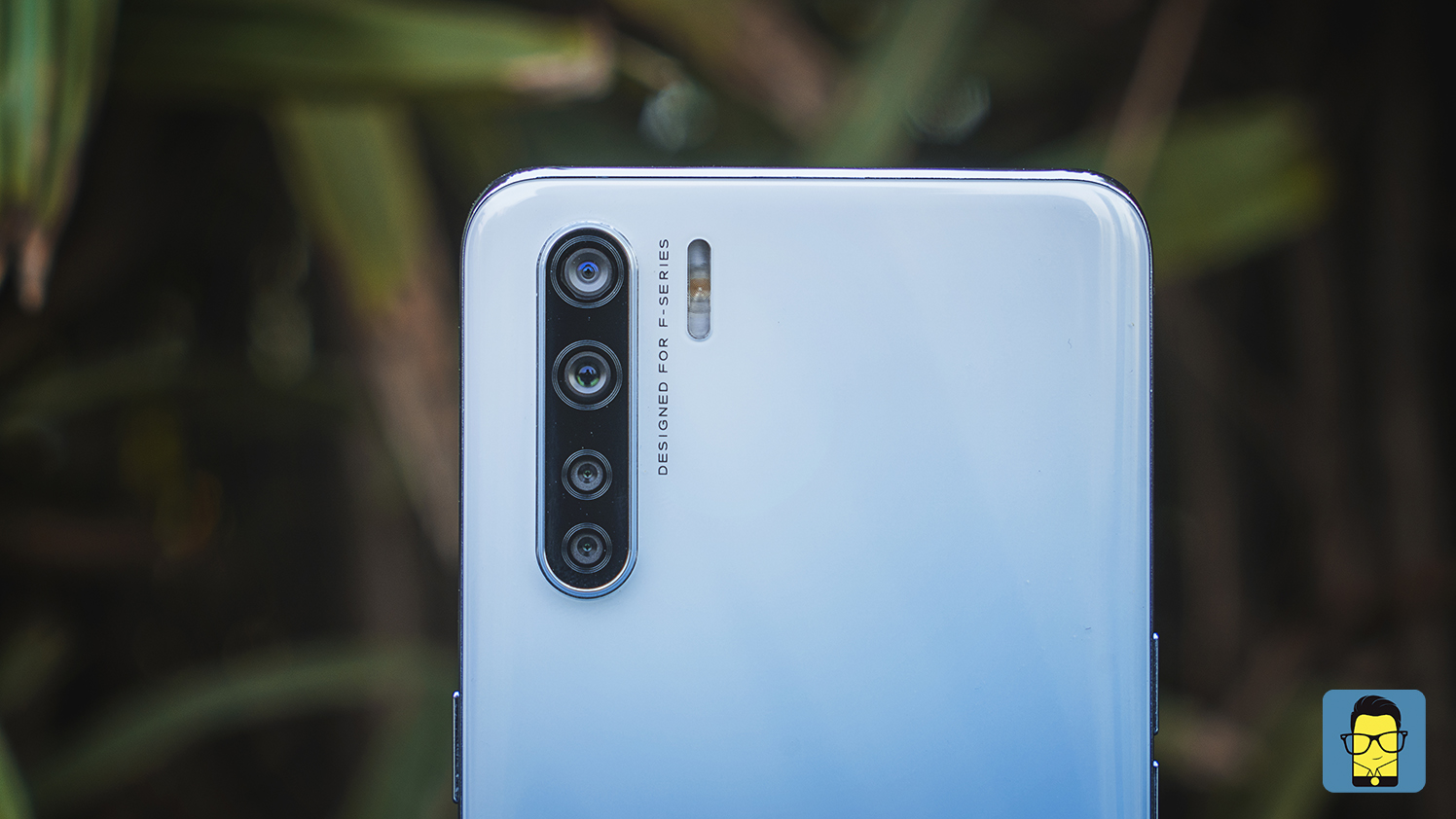 OPPO F15 battery: one of the fastest charging phones in its price range

The F15 has a 4000mAh battery that can last a day’s worth of usage on a single charge or about 5 hours of SoT, or thereabouts. But, the biggest advantage of the F15 is its super-fast VOOC 3.0 charging at 20W. This charger can top up the phone from 0 to 100 in just about 75 mins. This makes it one of the fastest charging phones in its price range. 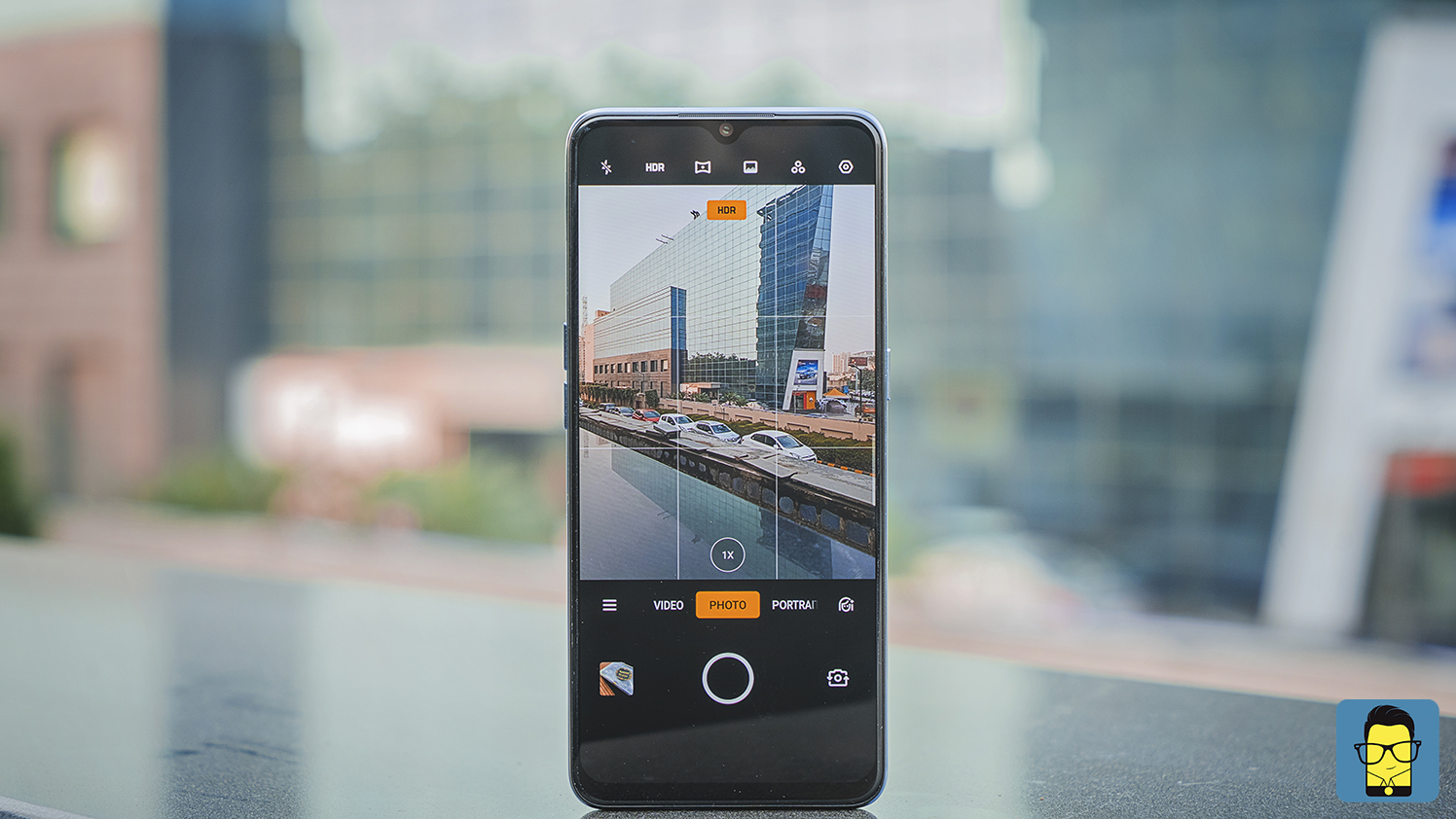 Should you buy the OPPO F15?

It is a simple answer really, if you are a performance nerd, just look away right now. For everyone else, the OPPO F15 is a good option. In fact, in many areas, I find the camera performs better than the Realme X2. And, the battery charging speeds are enough to convince a lot of buyers browsing offline store shelves. 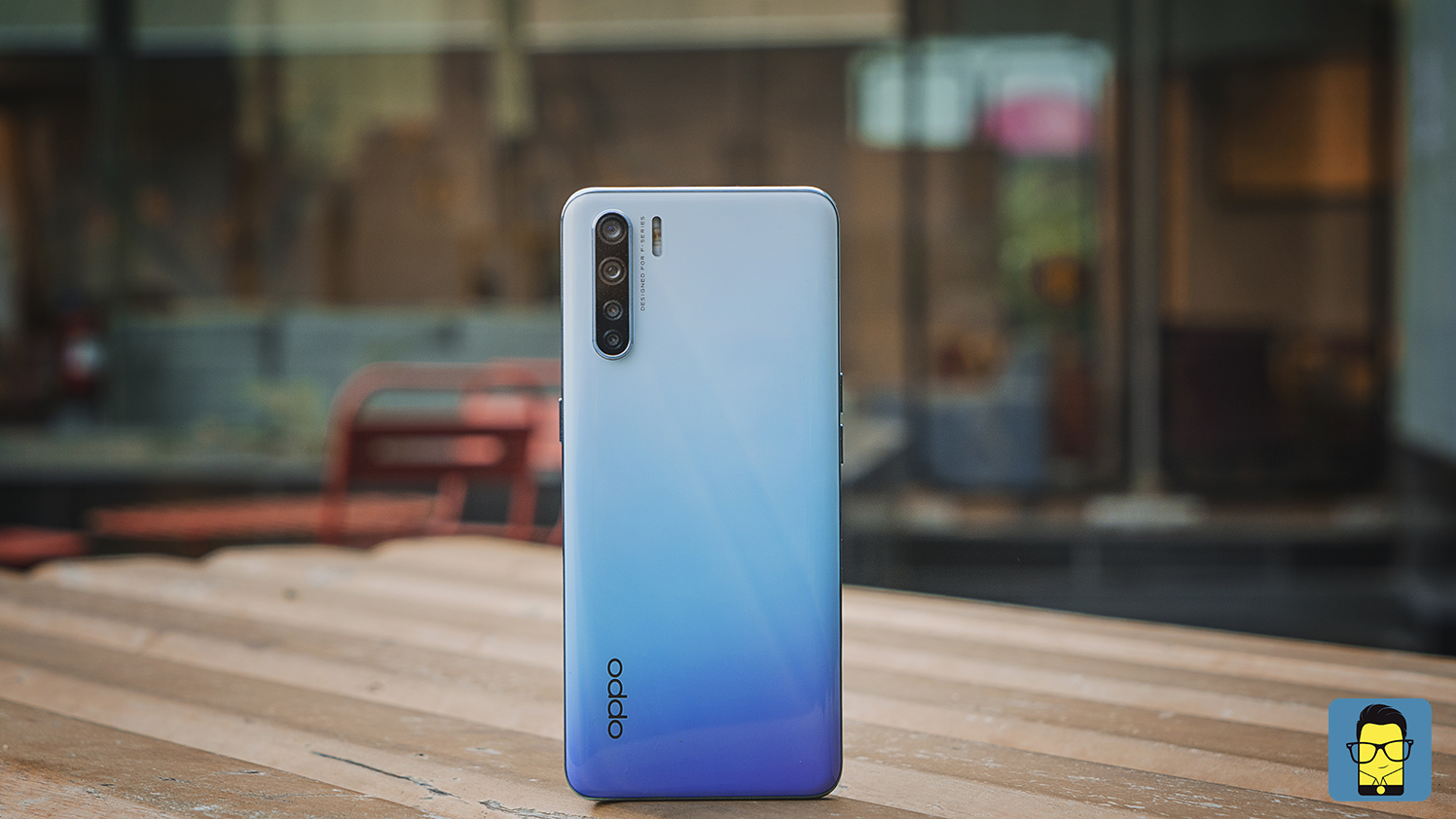 However, phones like the Realme XT, Realme X2, and Redmi K20, just feel like better value propositions because of the better processors inside ‘em. What do you guys think? Do let me know in the comments section below.