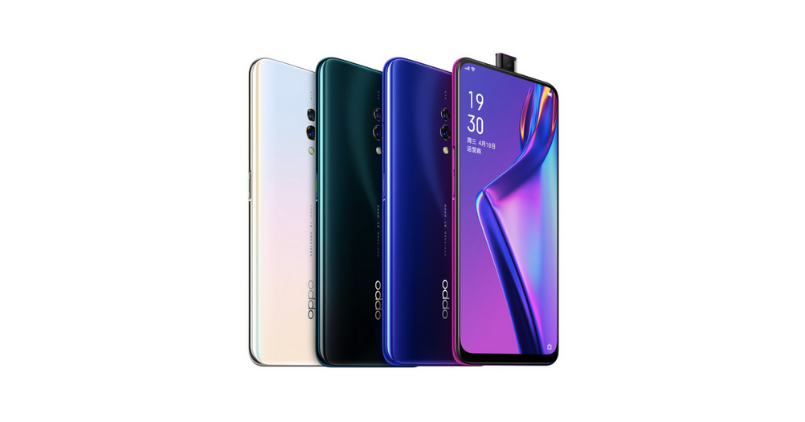 While we concluded it as a value for money device at the time it was launched, today arises a need for OPPO to step-up its game as Xiaomi and Realme have been punching knock-outs to its competitors. Below we talk about the full specifications and features of the phone.

Sporting a 6.5-inch AMOLED display with 19.5:9 aspect ratio with Corning Gorilla Glass 5. It comes with 1080 x 2340 pixel resolution. Powered by a Qualcomm Snapdragon 710 processor, which is accompanied by up to 8GB RAM and up to 256GB storage.

Running on Android 9.0 based on ColorOS 6, this handset is equipped with dual rear camera setup and a pop-up selfie. The rear camera comprises of 16MP resolution sensor with f/1.7 aperture and a 2MP depth sensor with f/2.4 aperture. The front camera is of 16MP with f/2.0 aperture.

As far as the biometric security is concerned, it will be offering an under-display fingerprint sensor, same as the predecessor. The connectivity features include USB Type-C, Bluetooth 5.0, aptX HD, USB OTG, and GPS support. All this is powered by a 3765mAh capacity battery. The battery supports fast charging of 20W.

The Oppo K3 price could start around Rs 16,000, as the Chinese variant was launched at 1599 Yuan, which converts to Rs 16,000 approximately. What do you guys think about the Oppo K3 launch in India? Let us know in the comment section below.