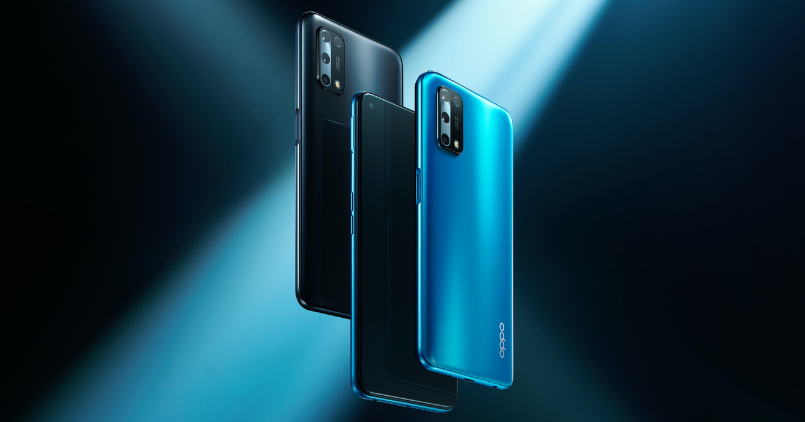 OPPO has announced its new 5G entrant — the OPPO K7x in the Chinese market. It packs in prominent features for its price that includes 90Hz refresh rate screen (the company calls in 90Hz gaming screen), 5G capabilities, a large battery, and also quadruple cameras. OPPO also emphasizes the latest K7x smartphone as a gaming-centric device with an octa-core processor.

The OPPO K7x packs in a 6.5-inches full-screen display measured diagonally. It also attains with Full-HD+ resolution achieving 90.5% screen-to-body-ratio. It has a 90Hz refresh rate display with touching sampling rate of 180Hz. The display features 405ppi and brightness can reach up to 600nits on a maximum use. It is a punch-hole display packed in a gradient finish back featuring two colour options.

The OPPO K7x is powered by MediaTek’s Dimensity 720 chipset. This octa-core processor makes the phone 5G compatible, and it achieves clock speeds of up to 2.0GHz. There’s Hyper Boost 3.0 technology support for the device, which could perform smoother gaming in addition to the octa-core processor alongside the 90Hz display as well.

The OPPO K7x comes in a single storage variant featuring 6GB of RAM and 128GB of onboard storage. While there is no microSD expansion on the device, it supports OTG data transmission.

As for optics, there is an array on the rear featuring quadruple cameras. The 48MP with f/1.7 aperture acts as a primary lens coupled with an 8MP f/2.2 ultra-wide-angle camera. The other 2MP lens acts as a portrait camera alongside another 2MP sensor for taking macro shots.

As suggested earlier, the OPPO K7x packs in a decent 5000mAh battery. It charges via USB Type-C and supports the company’s 30W fast charging capabilities as well. The other noticeable highlights of the K7x include a side-mounted fingerprint sensor. Also supports face unlock. The connectivity options include Dual SIM, Wi-Fi, Bluetooth 5.0 and a 3.5mm headphone jack. The K7x ships with ColorOS 7.2, which is Android 10-based out-of-the-box. 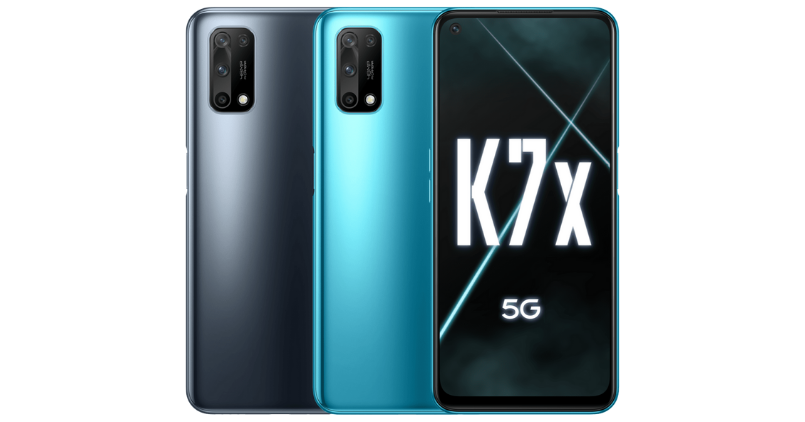 The OPPO K7x will be available in two colour options — Black Mirror and Blue Shadow. The K7x starts at 1499 Yuan (Rs 16,700 approx.). For a limited time, it will be available at 1399 Yuan, which is Rs 15,600 Approximately. The device is up for pre-order in the Chinese markets, and the sale starts from November 11th. However, Indian availability is still unclear at this moment.