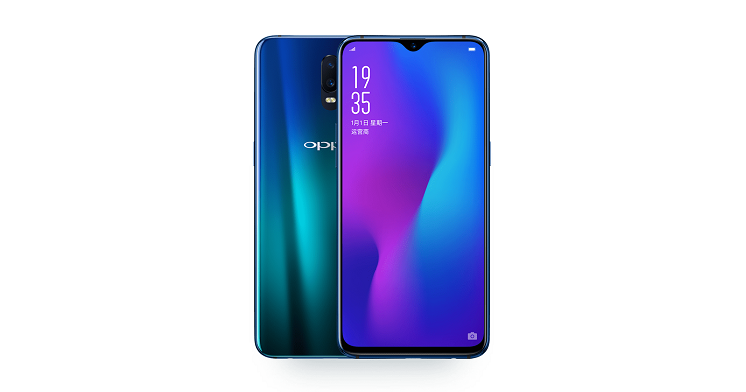 Spotted in several leaks, OPPO has made its R17 smartphone quietly official as it appears on the company’s website. That means the Chinese handset maker has made its popular R Series upgrade official. And after going through the specifications sheet, it indeed feels like an upgrade. Let’s take a look at the OPPO R17 specifications and price below.

Powered by a Snapdragon 670 SoC, which is newly announced Qualcomm’s AI processor. It is accompanied by a massive 8GB of RAM and has 128GB onboard storage. There is no mention of an expandable storage on the website. Looking at the display, which is a 6.4-inch in size, it packs a 2280 x 1080 pixel resolution with 91.5% aspect ratio. Unfortunately, it has a notch, but it is one of the most elegantly designed notches you’d ever see.

Running on Android Oreo-based Color OS 5.2, it gets rid of the fingerprint sensor on the back and puts inside the display. As far as the camera department is concerned, it has a dual rear camera setup including 16MP lens and 5MP lens. Taking care of the selfies is the 25MP Sony IMX576 sensor with f/2.0 aperture. There is a bunch of AI features implemented which shall help you take better pictures.

Talking about the connectivity, it has a 4G VoLTE, Wi-Fi, Bluetooth, GPS, and USB Type-C support. All this is powered by a 3500mAh capacity battery, which can be juiced up pretty fast, all thanks to the OPPO’s VOOC fast charging.

What do you guys think of the OPPO R17? It might be coming to India in the form of F Series. It is likely to be dubbed as F9 or F9 Pro. Drop your feedback in the comments section below.