Home | Tech News  | OPPO, Realme, Samsung and Vivo to end online exclusivity of their smartphones in 2020

OPPO, Realme, Samsung and Vivo to end online exclusivity of their smartphones in 2020 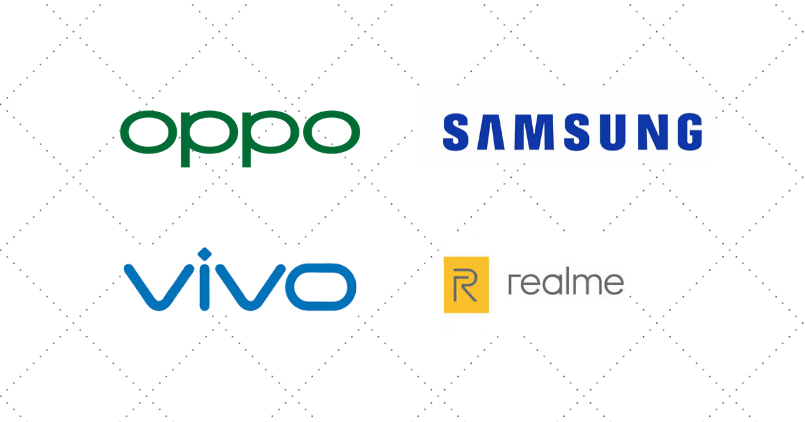 Its time to rejoice for those who purchase smartphones from offline stores. Till now companies have been launching their products as online-exclusives. But now brands like OPPO, Realme, Samsung, and Vivo have announced that starting next year, customers will be able to purchase their future smartphones at the same time and at the same price from online and offline channels.

Online Exclusivity to End for OPPO, Realme, Samsung, and Vivo

Nikunj Patel, Secretary of Mobile Dealers Association, Ahmedabad has said “We have received written confirmation from Vivo as well as Realme, Samsung, and OPPO that they will launch all future smartphones online and offline simultaneously. All models, Vivo phones, in particular, will be sold at the same price, same day, and with the same offer on both channels. The existing Vivo U and Z series handsets [which are online-exclusive at the moment] too will be made available to offline retailers as soon as possible.”

Patel has shared a couple more details about Realme’s offline strategy and said that the company will launch a Realme partner program from 1st January 2020. Under this program, the offline partner retailers will get Realme smartphones launching in 2020 at the same time as Flipkart/Amazon. Retailers who are not a part of this program will receive the device 7 days later. This move will help Realme to expand its offline presence and alleviate concerns of industry bodies like All India Mobile Retailers Association (AIMRA). 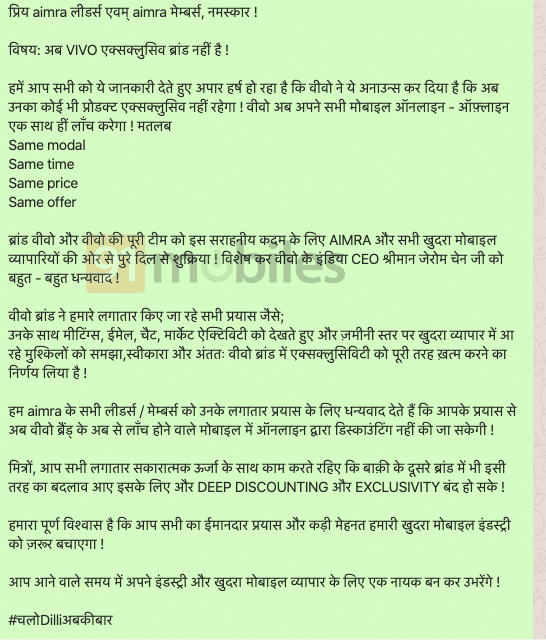 These moves from these four out of the five smartphone brands in India will somewhat help in improving the position of offline retailers against Amazon and Flipkart. Both these online platforms have captured a bazillion eyeballs and became reliable choices for smartphone buyers in India.

What do you think of this move by these companies? Tell us in the comments.