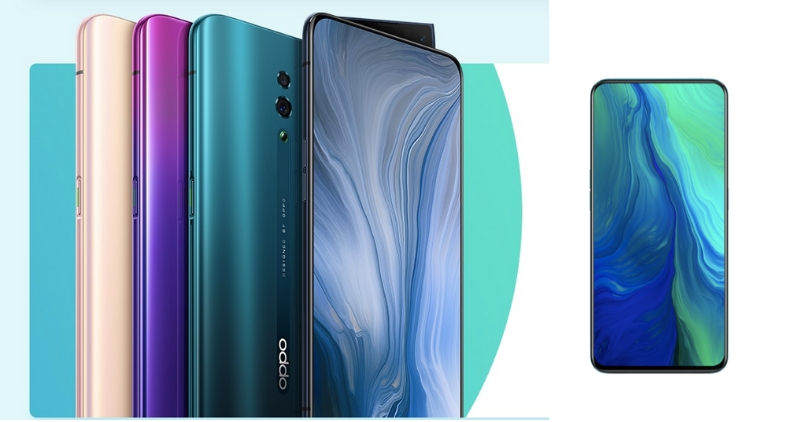 We knew that OPPO might be bringing its latest flagship under its new sub-brand Reno to India, but it is now confirmed that the phone is coming to India. OPPO India’s Vice President, Tasleem Arif has tweeted from his handle about the exciting news of OPPO Reno coming to India.

Hashtagged “#GetReadyForReno” the latest OPPO smartphone would be bringing its 10X hybrid zoom technology. The handset was originally announced in China earlier this month. Unfortunately, no dates have been revealed by the executive yet. But we are indeed looking forward to the brand to unveil its first Reno smartphone.

Sporting a 6.6-inch display, it is an AMOLED display with notchless design. Incorporating the selfie camera in a wedge-shaped pop-up selfie camera, unlike seen on any other handsets before. The internals includes a Snapdragon 855 processor, RAM up to 8GB and storage up to 256GB.

The handset would be running on the ColorOS 6 based on the Android 9.0 Pie operating system. It is said to offer an in-display fingerprint sensor. The handsets believed to be powered by a 4065 mAh capacity battery. It will be accompanied by a Super VOOC 3.0 fast charging technology. 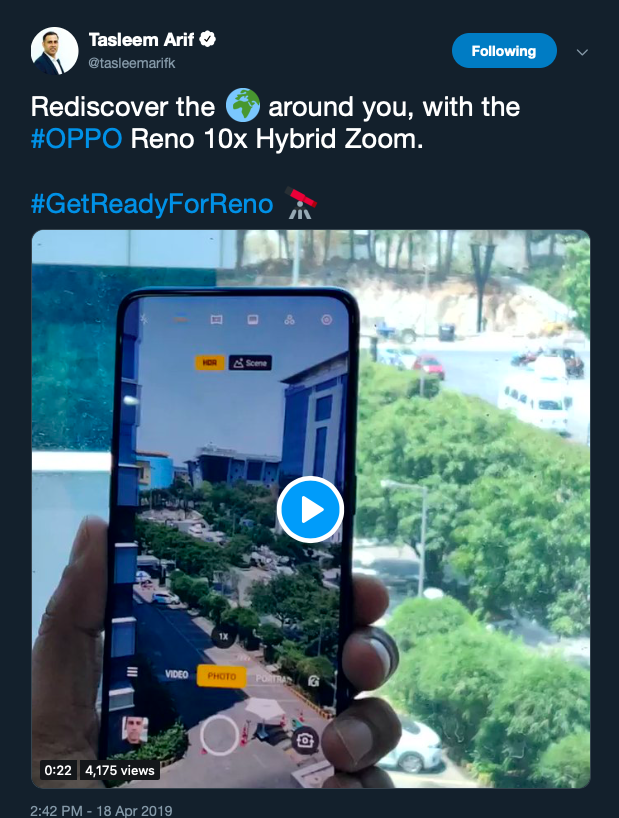 The camera setup here is interesting, it is a triple rear camera setup. The primary sensor is a 48MP sensor (Sony IMX 586), 13MP resolution telephoto lens, and an 8MP 120-degree wide angle lens. The highlight of this camera setup is that it offers 10X hybrid optical zoom that is not available on any phone. It is said to feature a dual OIS, smart HDR, PDAF, and laser AF technology. For selfies, it will have a 16MP lens with f/2.0 aperture.

The OPPO Reno was launched in China at a starting price of 3999 Yuan, which translates to Rs 41,000. Thus, we believed it could be priced somewhere in that bracket. With OnePlus 7 also said to arrive in a months time, if Oppo Reno arrives in India before that it will be the first phone with Snapdragon 855 processor.

What do you guys think of the Oppo Reno 10X Zoom smartphone in India? Let us know in the comment section below.