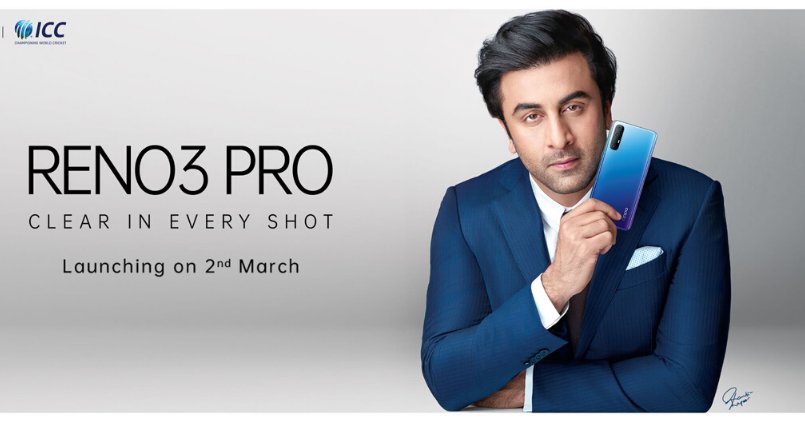 Oppo is all set to unveil the next generation of Reno series smartphones in India. The Oppo Reno3 Pro is making a grand entrance in the Indian market on March 2. The company has shared the details about the event that will mark the introduction of Reno3 Pro in India.

The Oppo Reno3 Pro is confirmed to sport the world’s first 44MP+2MP Dual Punch Hole Selfie Camera. The phone is expected to feature a 48MP Quad Rear Camera setup. We also think that the Reno3 Pro might be launched with just 4G compatibility. The iQOO 3 is the only phone launching in India with a 5G chipset. We can expect a Snapdragon 700 series processor powering the smartphone.

The Reno3 Pro is expected to come with a 4000mAh battery with 30W VOOC 4.0 Fast Charging support. Since this will be the company’s flagship, we expect it to feature an AMOLED display. We might get to see a 90Hz refresh rate as it since phones with 90Hz displays are quickly becoming common in the Indian market.

The Reno series was announced with a heavy focus on cameras. The Reno3 Pro will also carry the same legacy for the company. The Oppo Reno2 series featured cameras with 10x zoom capabilities and showcased a good photography caliber.

What are your thoughts about the upcoming Reno3 Pro? Let us know in the comments.