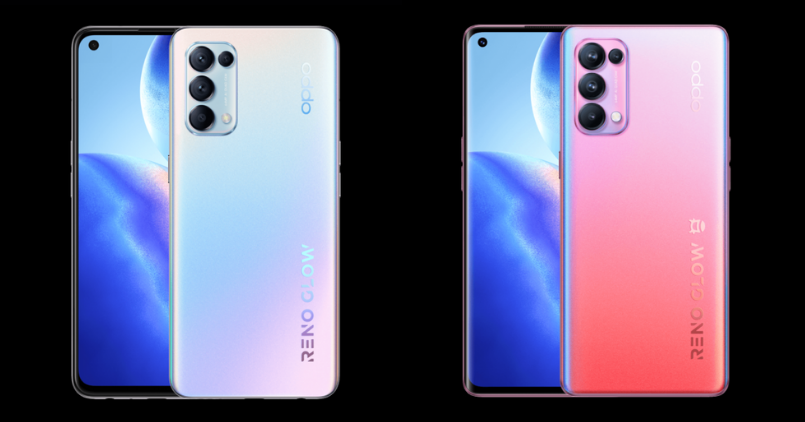 After multiple leaks and rumours, OPPO Reno5 5G series is now official with OPPO Reno5 and Reno5 Pro 5G phones launched in China. The new 5G phones are announced in their domestic market, which fall under the higher mid-range segment in the OPPO product portfolio.

While they appear identical to each other and share some of the specs that include 90Hz displays, 64MP rear cameras, and front cameras, they differ in prominent areas like SoCs and connectivity. The new OPPO Reno5 series come as mighty successors to the Reno4 series, launched a few months ago. 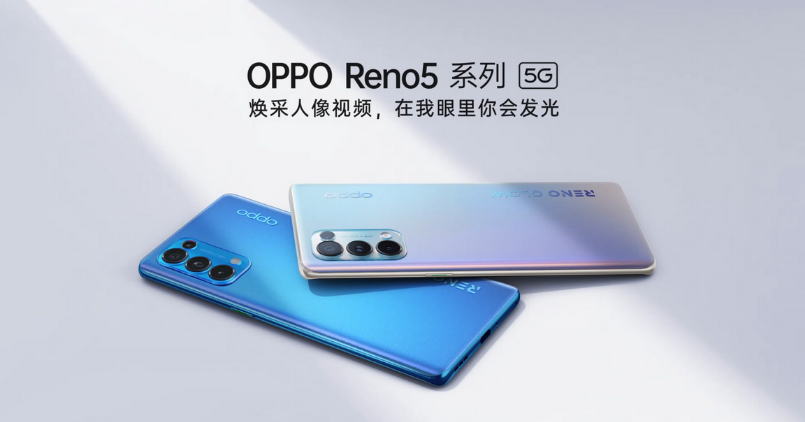 The Reno5 comes with a 6.43-inches FHD+ 90Hz display. It is a full-screen display with a punch-hole housed at the top left corner of the screen, which further obtains the screen to body ratio of 91.7%. The display further houses in a diamond craft design rear, which comes with OPPO’s Reno Glov 2.0 technology, first version of it was earlier implemented on the Reno4 series. 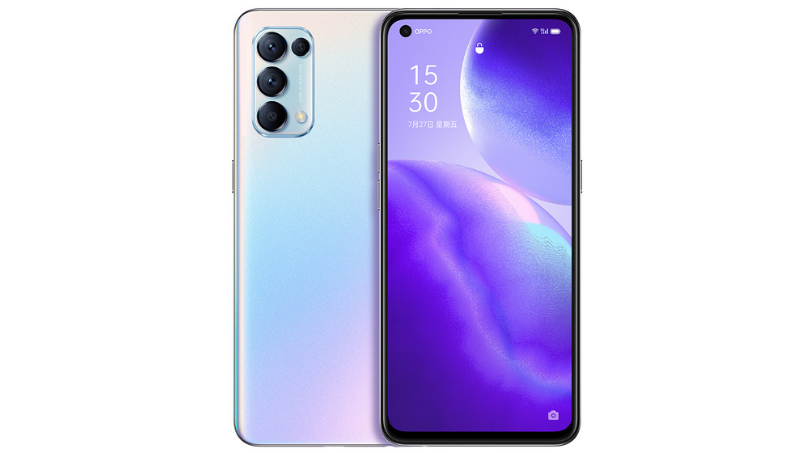 Under the hood, the Reno5 equips a Snapdragon 765G SoC. The 5G capable SoC from Qualcomm comes with clock speeds of up to 2.4GHz and features Adreno 620GPU, for graphics. The storage options include 8/12GB of RAM and 128/256GB of onboard storage.

The Reno5 5G draws power from a typical 4300mAh battery that supports 65W SuperVOOC 2.0 fast charging. The other highlights of the device include — under-screen fingerprint sensor, Wi-Fi 5, Bluetooth 5.1, USB Type-C for charging, a 3.5mm headphone jack, GPS, and Android 11-based ColorOS 11.1 operating system.

The display is slightly bigger here on the Reno5 Pro 5G measuring 6.55-inches but comes in the same resolution as its sibling, including the Reno Glow2.0 design element on the rear. 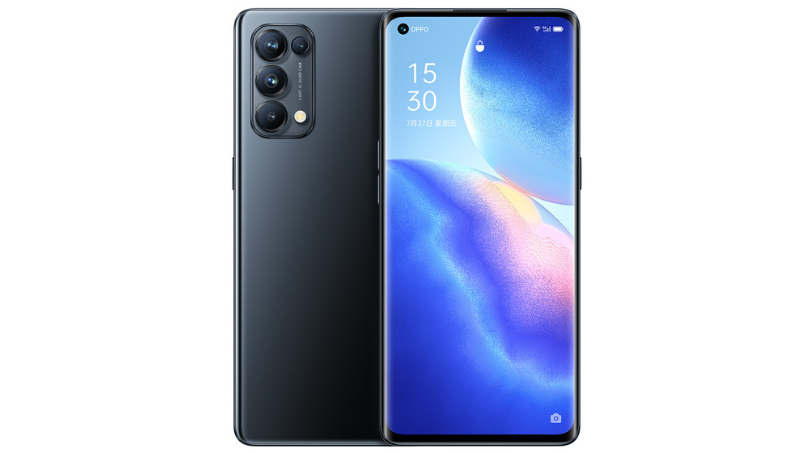 However, the Reno5 Pro 5G underneath comes with a MediaTek’s Dimensity 1000+ chipset. It is also a 5G chipset built on a 7nm process and achieves clock speeds of up to 2.6GHz. The octa-core processor here also features ARM G77 MC9 GPU, for discrete graphics.

The Reno5 5G retails at CNY 2699 (Rs 30,410 approximately) for the base variant. And, the Reno5 Pro 5G comes at CNY 3399 (Rs 38,300 approx.).These are available for booking now in China. Those who are curious about its new colour variants, the Reno5 5G comes in Starry into a Dream, Aurora Blue, Moonlight Black colour variants. The Reno5 Pro 5G arrives in additional colour option, i.e. Star Wish Red (New Year Edition).