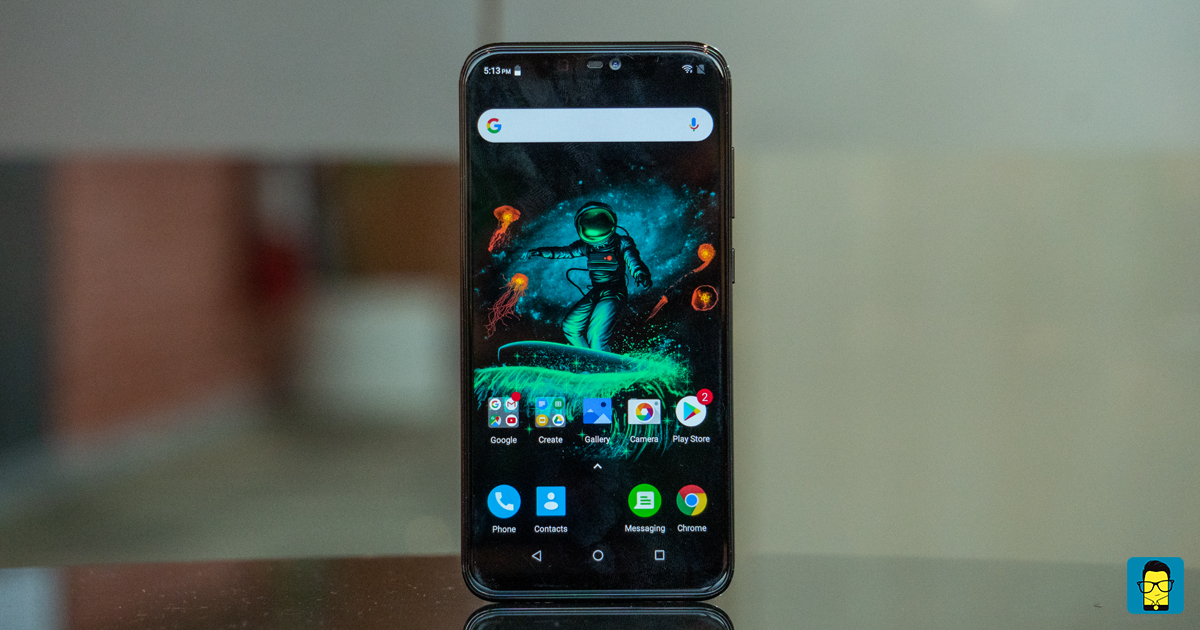 Over the past five years, the Indian smartphone market has grown quite fast. In fact, compared to the global scenario, the Indian mobile industry is still peaking and has a lot of headroom for more sales. And that’s when you think that a phone like Panasonic Eluga X1 Pro might not exactly be a correct fit for the current industry scenario.

But I believe there could still be a few takers, who’d enjoy spending time with this phone.  So, should you spend your Rs 22,699 on a Panasonic Eluga X1 Pro or not? That’s what my detailed review is going to find out.

Disclaimer: Coming from reviewing the Panasonic Eluga Z1 Pro, I was not really keen on reviewing another Panasonic phone. That said, in retrospect, it might have been a good decision.

Oh boy! Panasonic sure knows how to please its users when it comes to the sturdiness. The X1 Pro just feels solid at every nook and corner. While I’m not a fan of a glass body design, this phone doesn’t really catch smudges as any other glass body designed phone. 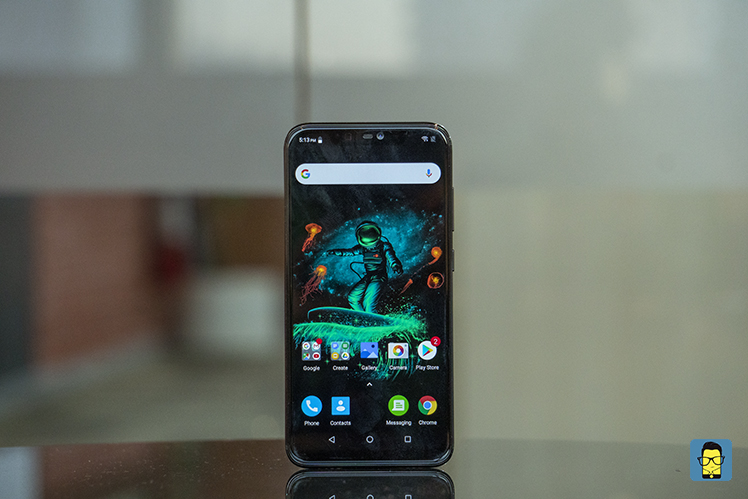 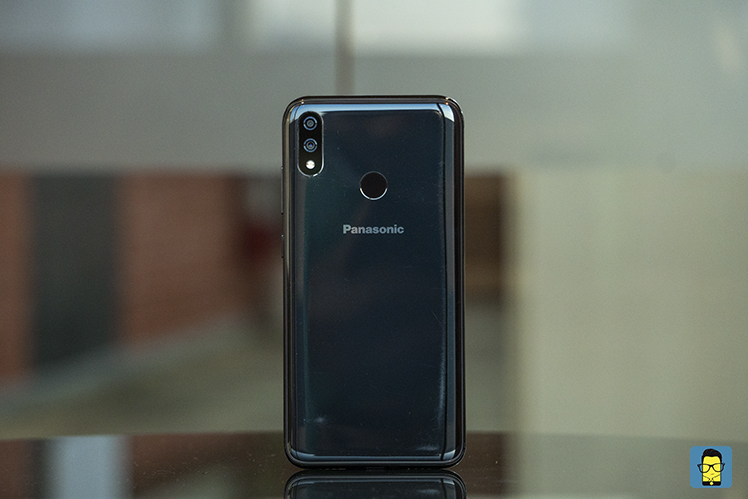 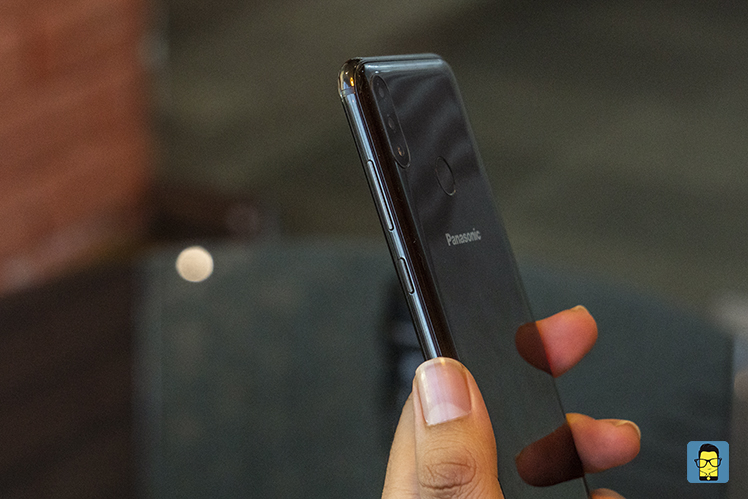 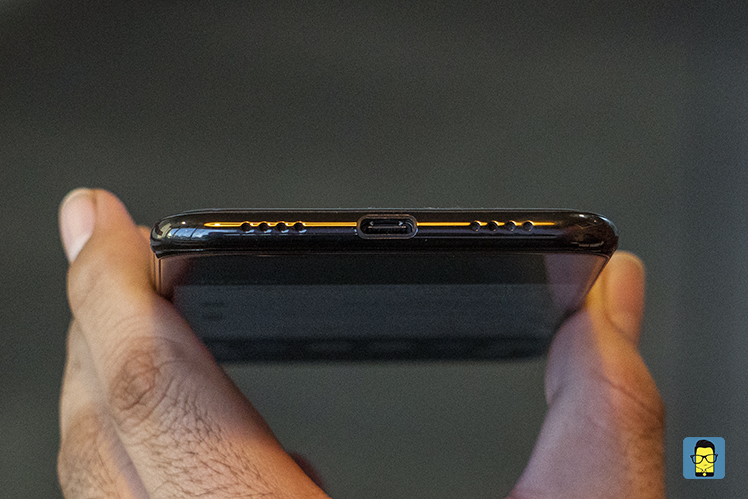 As far as the corners are concerned, it is curved, which ensures that your in-hand or in-pocket experience is not uncomfortable. There is almost no camera bump, which is good. However, Panasonic shouldn’t have applied that principle to the fingerprint sensor, because it is not easy to determine where it is there or not since the sensor isn’t indented.

Coming to the ports and the buttons placement, the positioning is very basic. The volume rocker keys and the power button are on the right edge, whereas the left edge houses the hybrid SIM card tray. The bottom edge has a USB Type-C port placed in the center of the dual speaker grill.

The saddest part about the design is that Panasonic thought it was okay to remove the 3.5mm audio jack. This is a rather annoying trend that is taking over the smartphone world.

We live in the age of large displays with at least full-HD resolution, and the Panasonic Eluga X1 Pro doesn’t disappoint. The FHD+ resolution (2246 x 1080 pixels) gives you more pixels per inch than your eyes can actually distinguish.

The 6.18-inch screen size isn’t large by the current smartphone display standards. But it could have been with much thinner chin than what it offers. Plus, the huge rectangular cutout on the top called the notch is a poor tall display implementation. I will talk about how it ruins the software experience in the software section of this article.

You must have one question in mind right now – does the Panasonic Eluga X1 Pro have a good display or not? Well for starters it isn’t the best in its class. For a full-HD+ display of its size, it offers a good pixel density. But, there are certain smartphones around Rs 15,000 that offer better displays. Considering you’d be spending more than Rs 20,000 on this phone, the display might not be worth the money 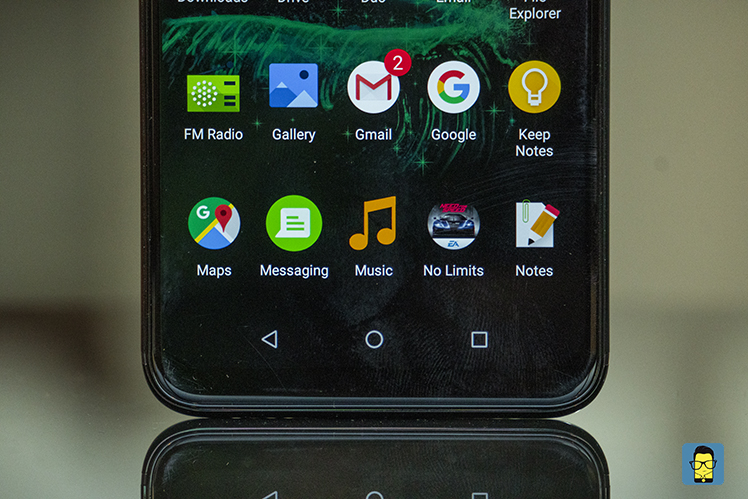 For most of my time spent with the X1 Pro, I enjoyed streaming Netflix content during my daily long commute. With this phone I don’t want to go into the details of talking about the colour reproduction, saturation, or even the brightness levels, because they are not perfect, you can see that once you have an expert eye.

But for most users, they don’t go reviewing their phones, they just want a screen that showcases them a good picture quality, decent viewing angles, and enough brightness levels. And that’s what a display on the Eluga X1 Pro would give you.

I have not seen a custom skin that is so out of tune when it comes to performance. The major concern regarding the Panasonic custom interface isn’t about its looks, but rather its performance. There is always 2GB of RAM being used for some unknown activity. With a 6GB of RAM on this device, you’d think that multitasking would be swift. Well, it wasn’t bad, but it wasn’t really optimised well. 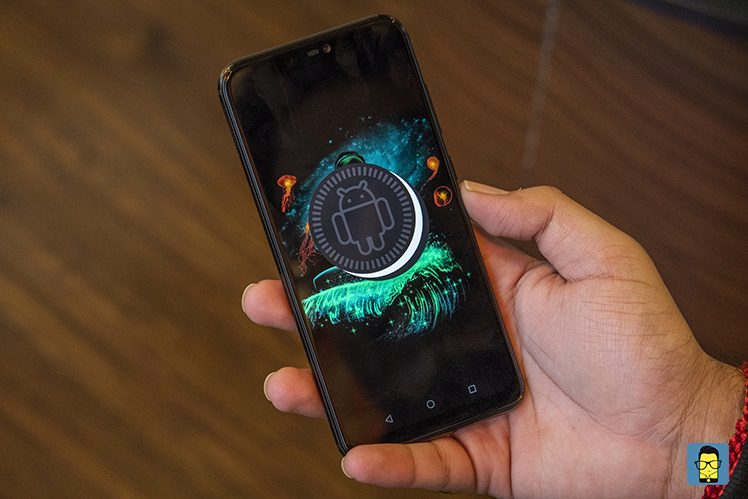 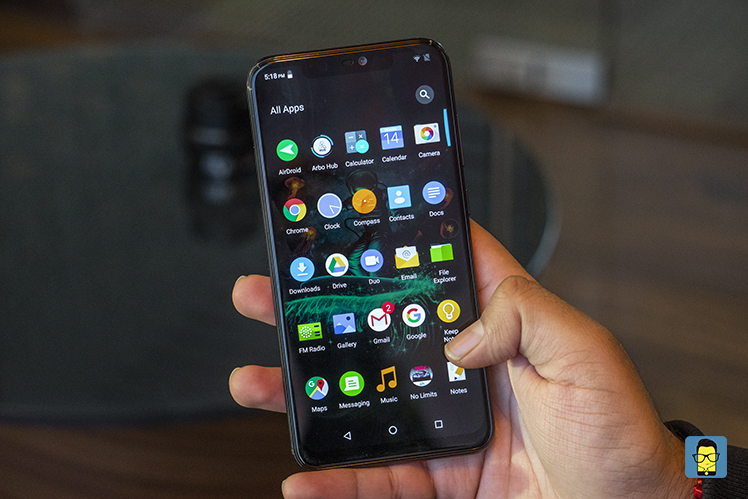 These days when brands are offering all kinds of optimizations to bring out the best performance. It really is a downside for Panasonic to not think this through. I experienced this behaviour on the Eluga Z1 Pro as well. I wonder if all the Panasonic Eluga series have this same experience.

But, there is a silver lining. Whether I talk about the Panasonic’s default apps or any apps you install on the phone, they all load quickly. Load times are much faster than I expected it to be. Furthermore, the fact that Panasonic is offering a launcher similar to the stock Android makes it easier for people who aren’t really into heavily customized skins.

Panasonic Eluga X1 Pro camera: should have been better 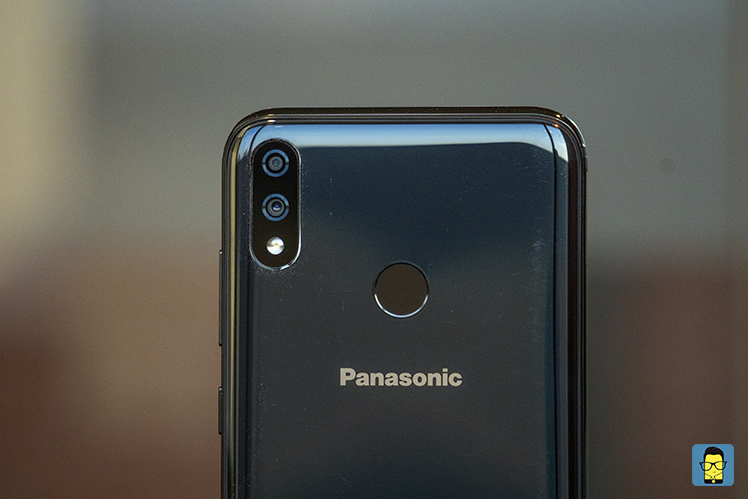 The camera experience on the Eluga X1 Pro is powered by a dual lens setup on the rear and a single camera on the front. Talking about the dual rear camera setup you get a 16MP primary shooter and a 5MP secondary shooter. Whereas on the front it has a 16MP resolution lens snapper. On their website, the company teases the AI capabilities on its camera setup, but honestly, I don’t see any much going on here.

There are of course multiple modes to play around with as well. The camera UI experience is not too different from what I experience on the Eluga Z1 Pro. Sure it takes a page from Apple’s playbook for the camera interface but the fact is that it doesn’t make it work for the end user is an opportunity lost. It’s not snappy enough for the powerful internals it packs. I’ll let the camera samples speak for themselves. Take a look at them below. 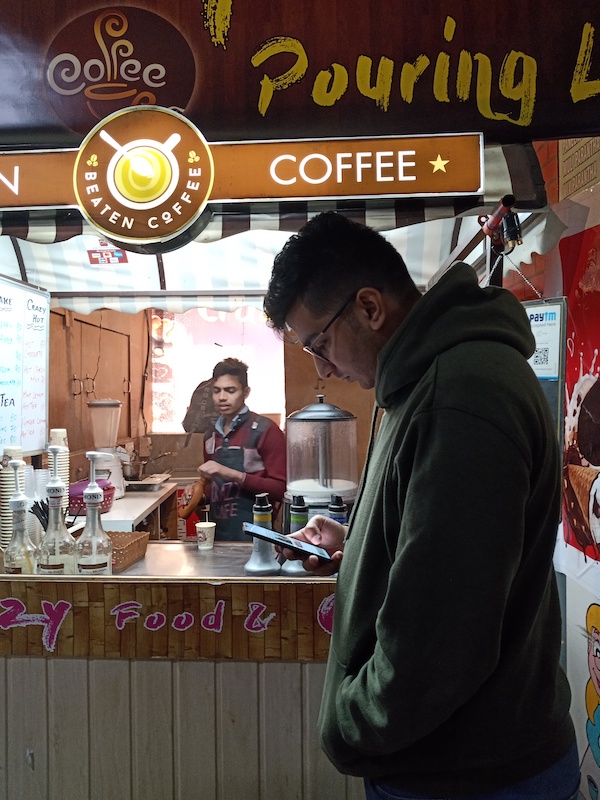 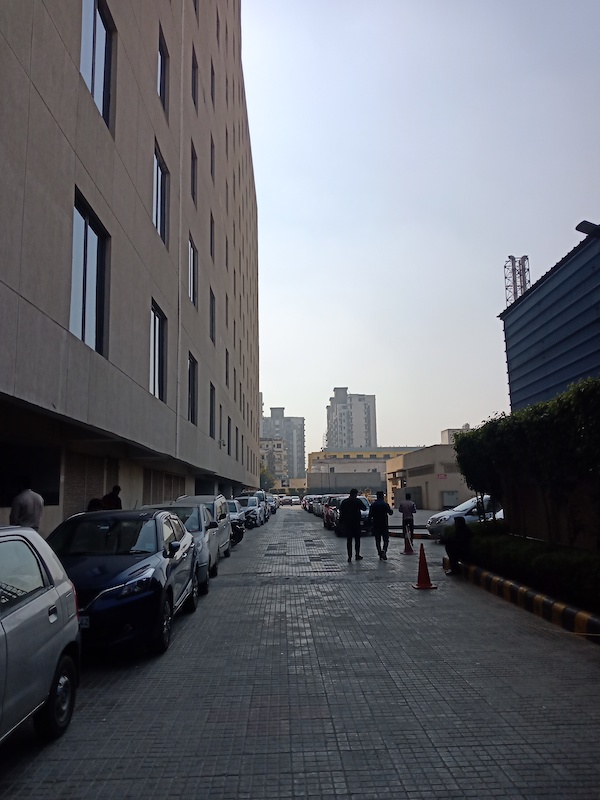 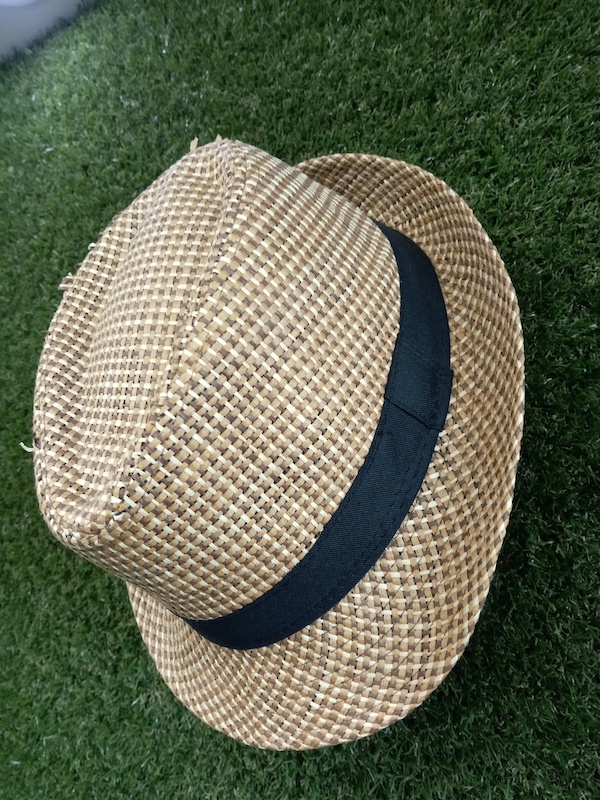 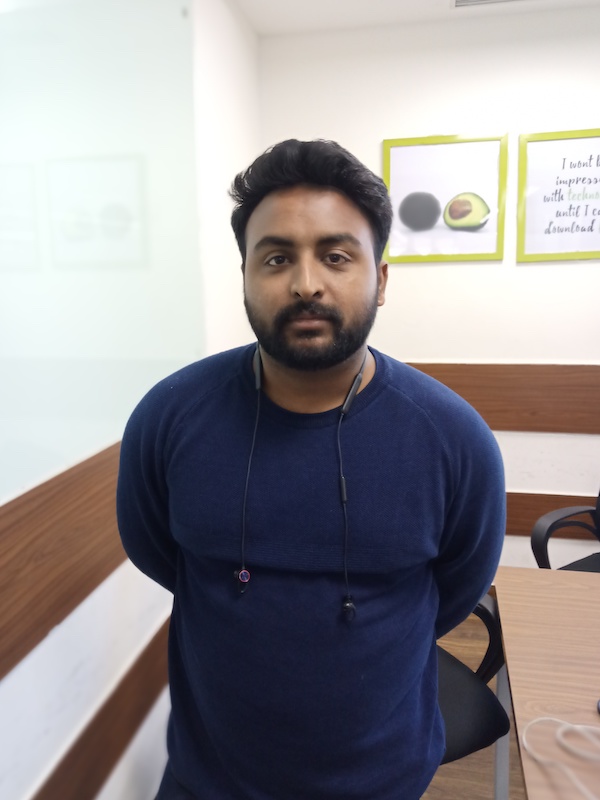 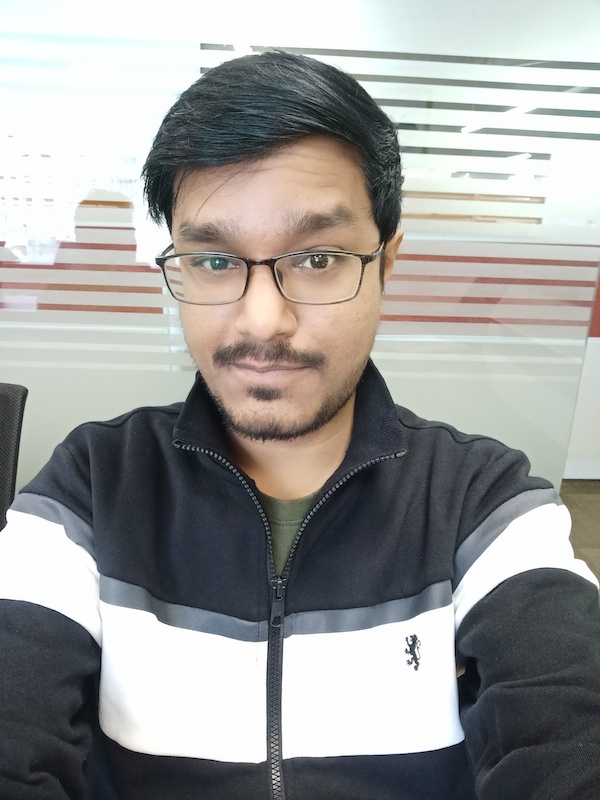 See these and more camera samples at full resolution by clicking here.

As a reviewer of smartphones, there’s only one question we get as the performance of the device is concerned – can this smartphone play PUBG without any lag at all? With brands putting out more flagship smartphones as a part of sub-brand introductions, it has become really hard for the company like Panasonic to play catch up. Because they don’t provide flagship grade specifications, but rather keeps it mid-range.

Last year we saw MediaTek Helio P60 as a  powerful mid-range chipset powering a lot of market disrupters at the crazy affordable pricing. But with Panasonic it is different, the Rs 20,000+ price point isn’t exactly affordable. 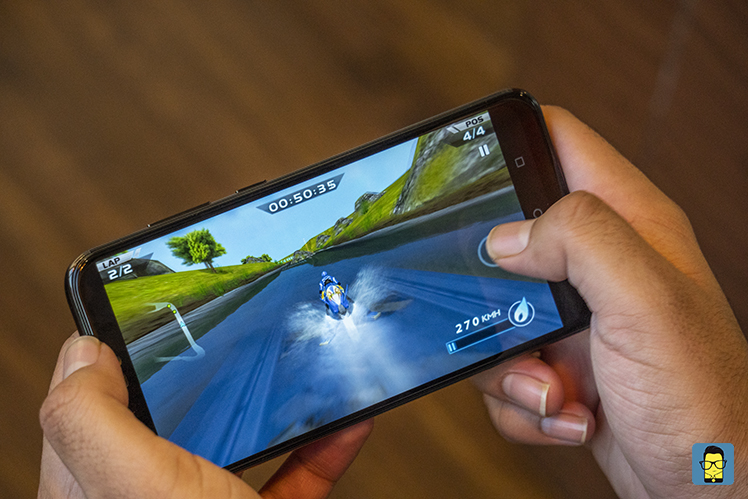 Coming to the question, yes, it can play PUBG, but wouldn’t really give you an ideal experience a gamer in you might demand. On top of that, it is costlier than its competition with similar processors inside their phones. So, I don’t see it recommended as far as the performance of the device is concerned about gaming.

The multitasking, on the other hand, is swift despite the fact that I kind of grew annoyed of the Panasonic launcher because it has done a poor job of appearance and arrangement of the functions.

By the way, you get plenty of storage on this phone if that’s any consolation.

Panasonic Eluga X1 Pro multimedia and battery: not too great

The audio experience on this Panasonic phone is really bad. The phone has really poor audio output from the bottom firing single speaker setup. Expect bad treble and no bass.

However, the battery performance is good. The company has somehow managed to properly utilize the small 3000mAh capacity battery on the Eluga X1 Pro. I would not talk in terms of the screen on time here, but I would tell you this much that the standby capacity of the battery is insane.

With minimal usage, it can easily give you more than a day’s worth of battery on a single charge. And that’s what should matter because if you’re planning to buy this phone.

Also, if you’re into wireless charging, this is the only handset priced around Rs 20,000 that comes with wireless charging support. Interestingly, the company offers a wireless charger inside the retail unit so you don’t have to spend extra money on it. That’s a goodwill gesture for people looking to try out this type of charging without breaking the bank.

Should you buy the Panasonic Eluga X1 Pro? 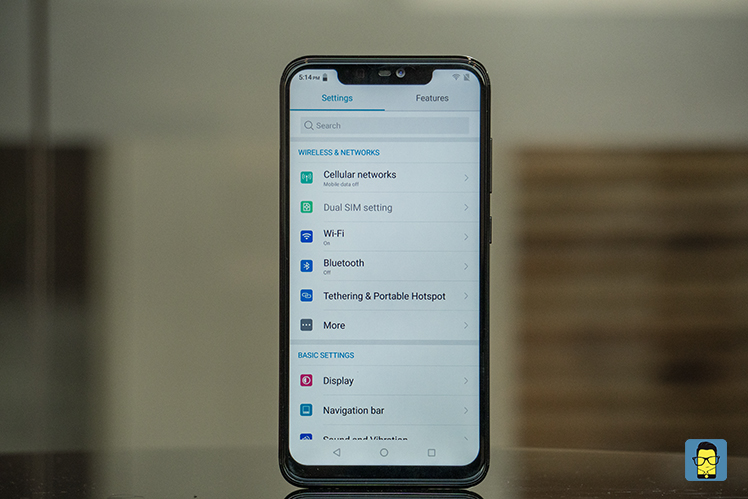 The Eluga X1 Pro is a dull phone on the inside as far as the software, performance and camera experience are concerned. But on the outside, it has got everything one would like on a premium smartphone, from the sturdy body to premium look and finish.

You could buy a Panasonic Eluga X1 Pro in 2019, but then it wouldn’t be fair to the brands that are actually offering better configuration at half the price this retails for.

The alternatives in the same price segment:

The alternatives with similar configuration: