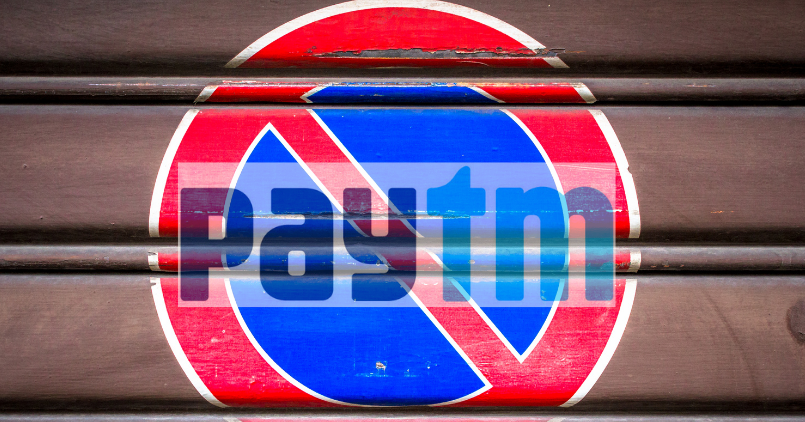 In case you are frequent with online payments, you must have heard about the popular app Paytm, which allows one to make and receive payments. Today, Google pulled the app from the Play Store for repeated policy violations, meaning one can no longer find the app in the Play Store. Why is it so? And, why did Google do so? Let us discuss in brief.

Why Paytm was removed from the Play Store?

Google in its official blog post said that the Play Store prohibits online casinos and other unregulated gambling apps that facilitate sports betting in India. This move comes just a day before the beginning of the Indian Premier League (IPL) which is notoriously famous for being a prime reason for betting.  Paytm, which promotes fantasy sports services within its marquee app, repeatedly violated the policies of the Play Store, stated two sources.

Additionally, Paytm’s fantasy sports service, Paytm First Games, was also removed from the Play Store for the same reasons. Google stated that if an app leads consumers to an external app or website that allows them to participate in paid tournaments which may result in winning money or cash is also in violation of these rules. Paytm is yet to respond to these claims by Google.

“We have these policies to protect users from potential harm. When an app violates these policies, we notify the developer of the violation and remove the app from the play store until the developer brings the app into compliance”, wrote Suzanne Frey, VP, Product, Android Security, and Privacy, in the above-mentioned post. She added saying, “In the case where there are repeated policy violations, we may take more serious actions which may include terminating Google Play Developer accounts. Our policies are applied and enforced on all developers consistently”.

What are your thoughts on the whole situation? Let us know in the comments below.