I’ve been binging on the German Sci-Fi thriller Dark on Netflix. I just finished Season 1 and this show is a brain scrambler. In fact, I actually used a pen and paper to plot a family tree to keep track of proceedings. Don’t worry, this is not a spoiler. Apparently, Season 3 is even more mind-boggling and confusing it seems.

And, you know what? If Dark is confusing, so is the existence of the Poco M2 Pro as well. 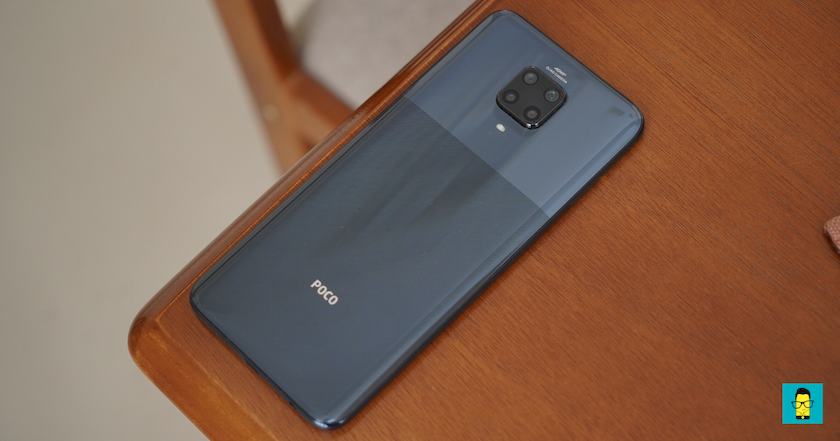 As you can tell, the Poco M2 Pro has a very confused identity. But, does that really matter when you look at just the product and evaluate it for what it’s worth? Maybe not. Because, the Poco M2 Pro is a good deal at the end of the day.

If you’ve seen the Note 9 Pro, you’ve seen the Poco M2 Pro and vice versa. Essentially, you get the same Corning Gorilla Glass 5 protected glass sandwich form factor with a plastic outer frame and metal inner frame. The two-tone design on the rear is the same as the Redmi Note 9 Pro Global variant. I think this looks better than the Note 9 Pro. All said and done, this design is almost as good as any flagship phone and the build feels equally premium. 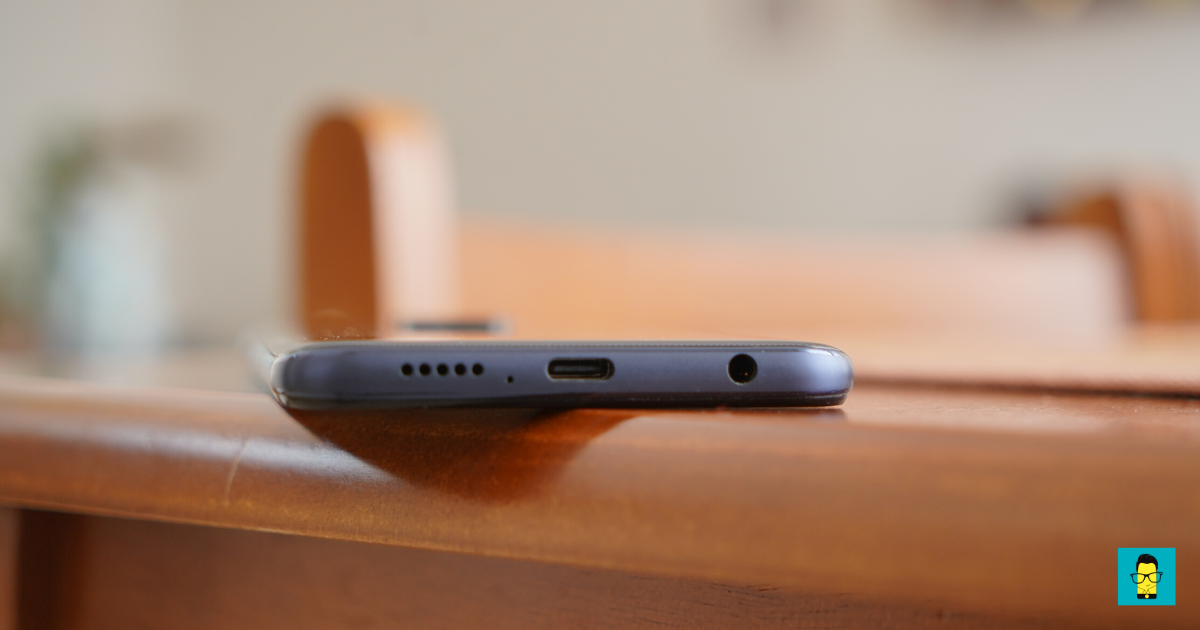 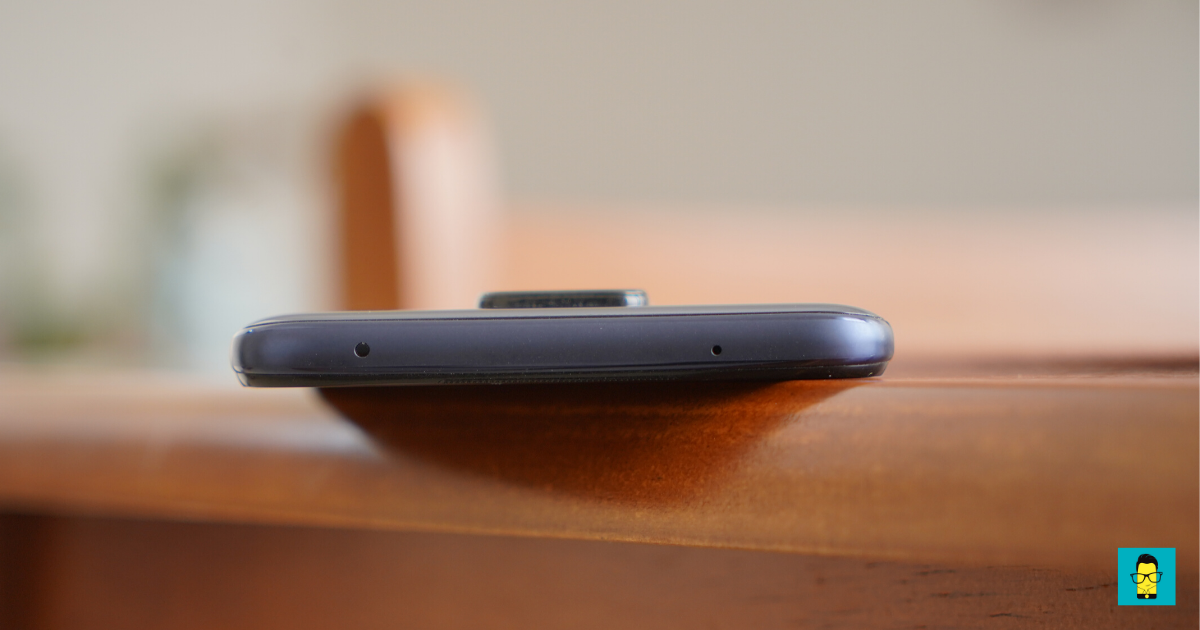 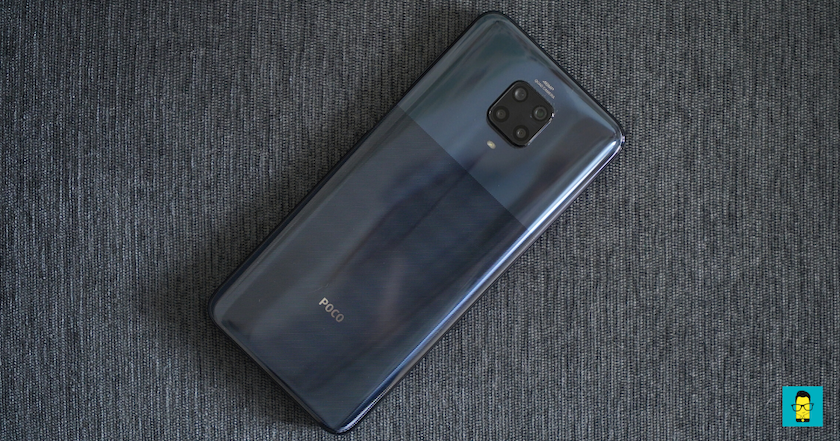 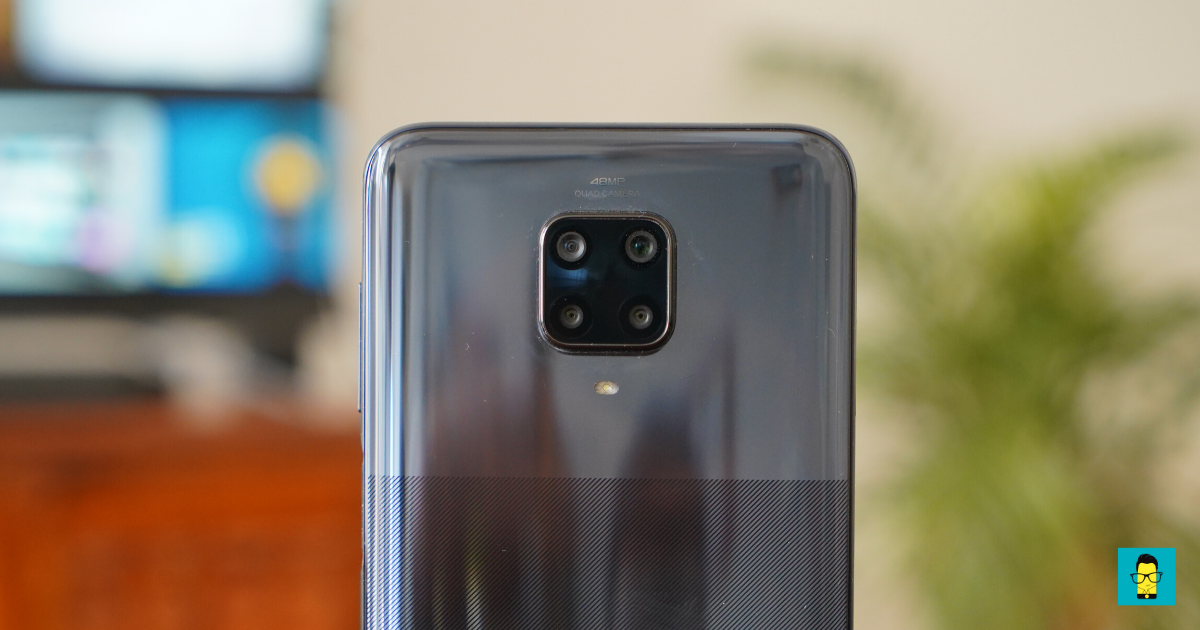 And when it comes to handling, the M2 Pro is a big phone but has great ergonomics. You will need two hands for most tasks but if you do use it with one hand, the phone will remain put and won’t really fall off. Poco also adds a p2i nano-coating to ensure the internal parts are water resistant to a certain extent.

Then, you have your side-mounted fingerprint scanner on the right edge, which is blazing fast and I don’t even have to say it. The volume rocker that sits above it offers very good tactile feedback. You get a Type-C USB 2.0 port at the bottom flanked on the left by the headphone jack and on the right by the speaker grille. There’s an infrared port on the top as well.

To sum it up, the M2 Pro is just a better looking Redmi Note 9 Pro/Note 9 Pro Max.

As for the display, you get a massive 6.67-inch IPS LCD panel on the front. Unlike the Realme 6 that has a 90Hz panel, you only get 60Hz refresh rate on the M2 Pro. However, everything else – from the colour to the brightness to the vibrancy is better on the Note 9 Pro. This is one of the best LCDs you can find on a phone under 15k. But the same display is also present on the Note 9 Pro. Nothing unique here, yet again. 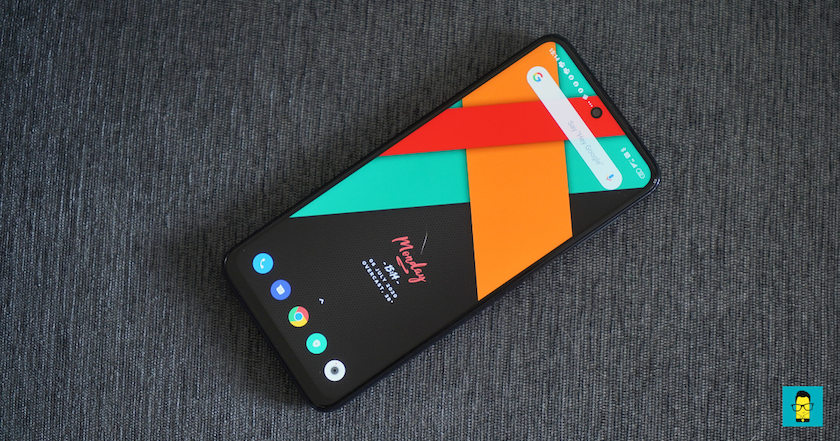 By the way, for those wondering, the phone supports HDR but not on Netflix. Netflix streaming tops out Full HD res thanks to the support for Widevine L1. You can watch HDR videos on YouTube though. Also, I have to say this, the haptic feedback from the touch substrate is great for a sub-15k phone. I do have one problem and that is: the hole punch notch tends to cut too close to the top elements of apps. It extends too far below the display. 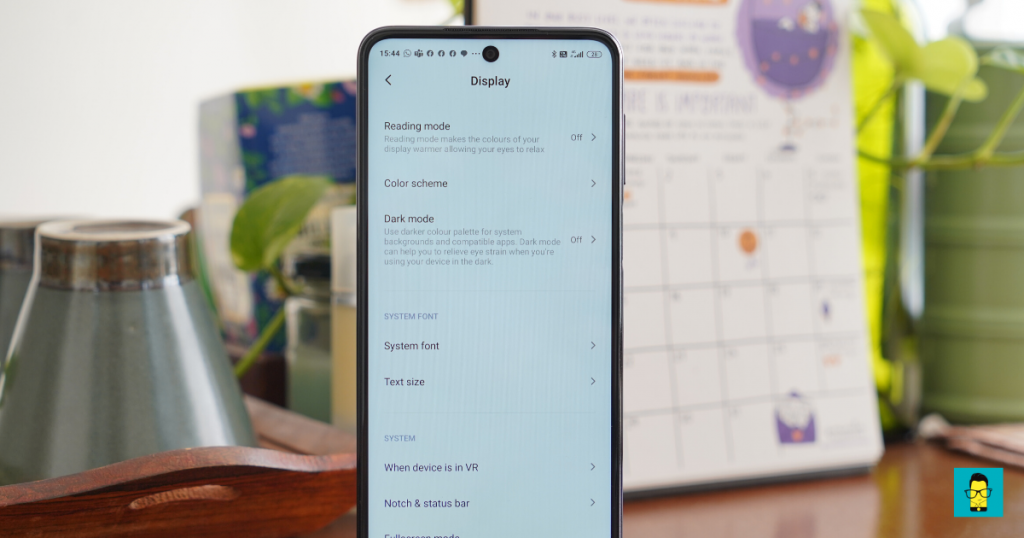 The Poco M2 Pro sets itself apart from the Note 9 Pro series by providing software that is devoid of ads. That’s enough for me to recommend the M2 Pro over the Note 9 Pro. You get the amazing Poco Launcher and an appealing software experience with customisation options galore. If there’s something that I find annoying it has to be the litter of third-party apps or bloatware. 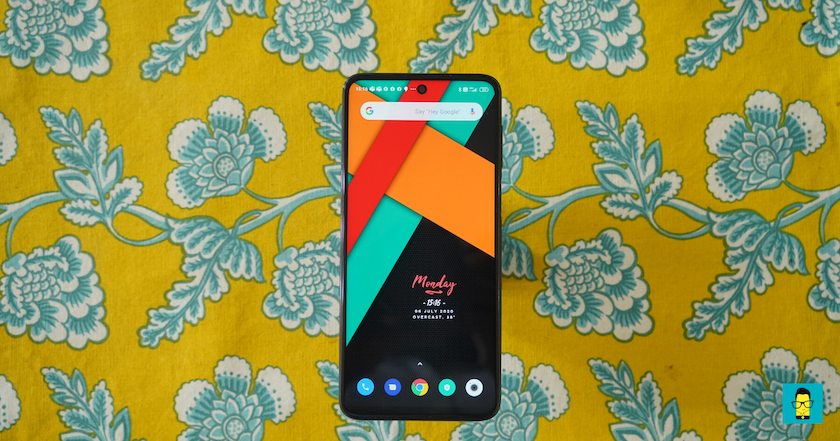 The M2 Pro’s quad camera stack on the rear is the same as the one found on the Note 9 Pro. You get a 48MP main sensor, an 8MP ultra-wide angle camera, 5MP macro camera, and a 2MP depth sensor. And from my testing, I can also safely say that the pictures look very similar to the Note 9 Pro as well. 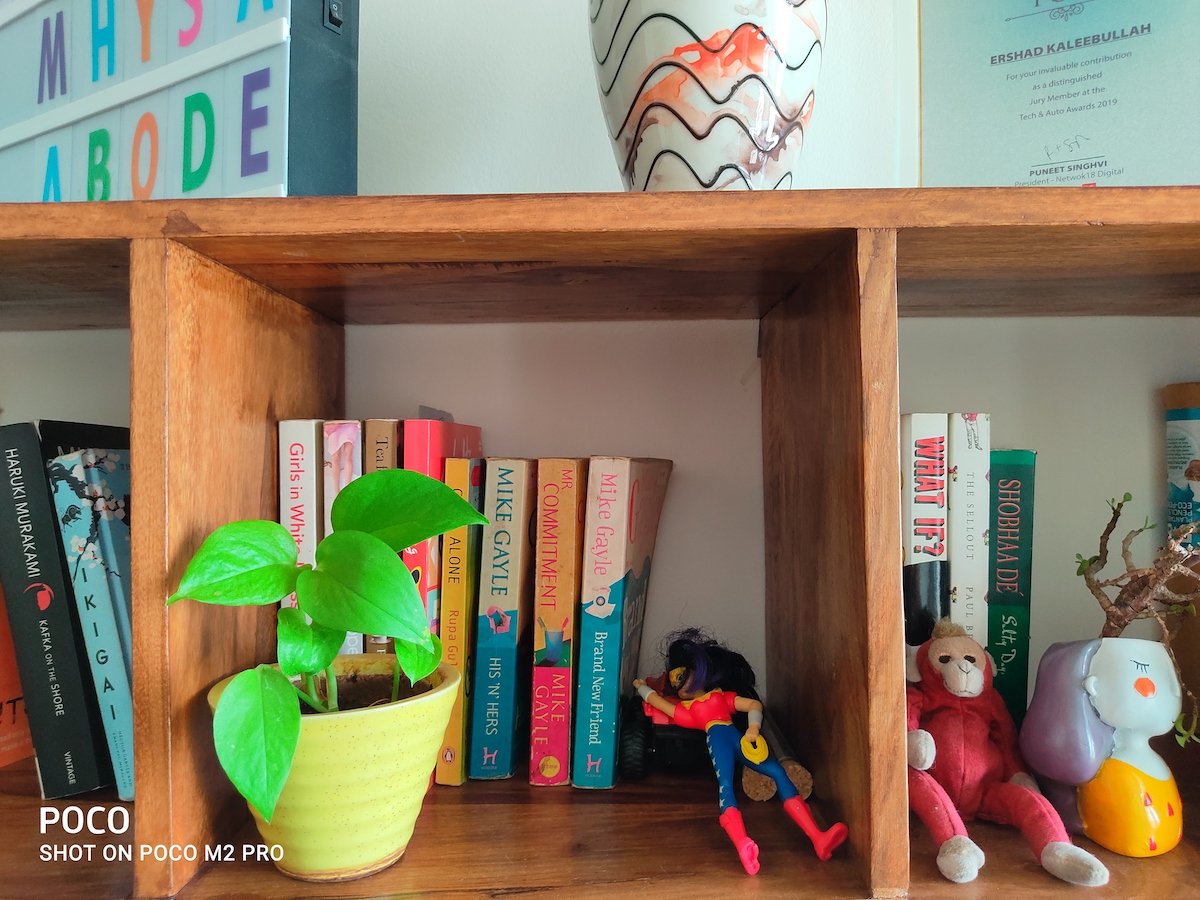 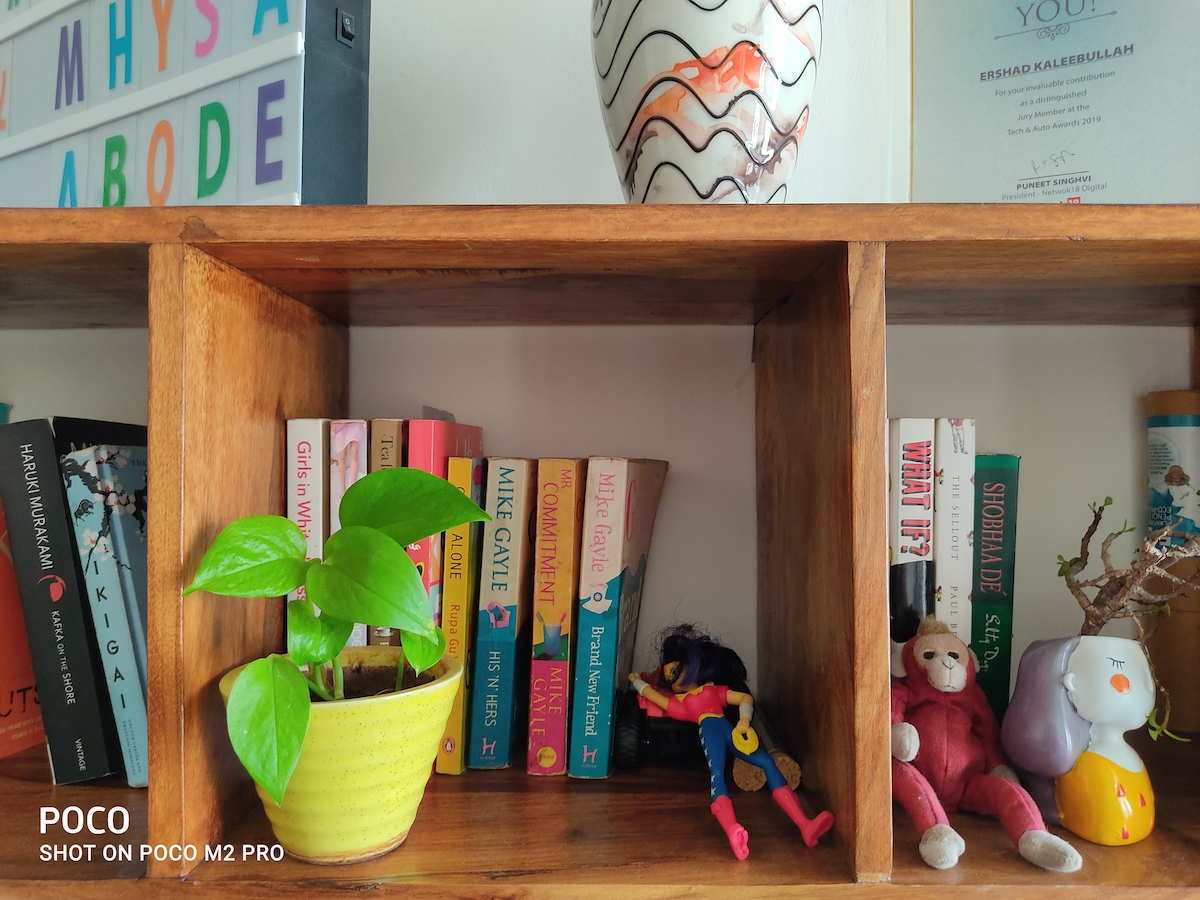 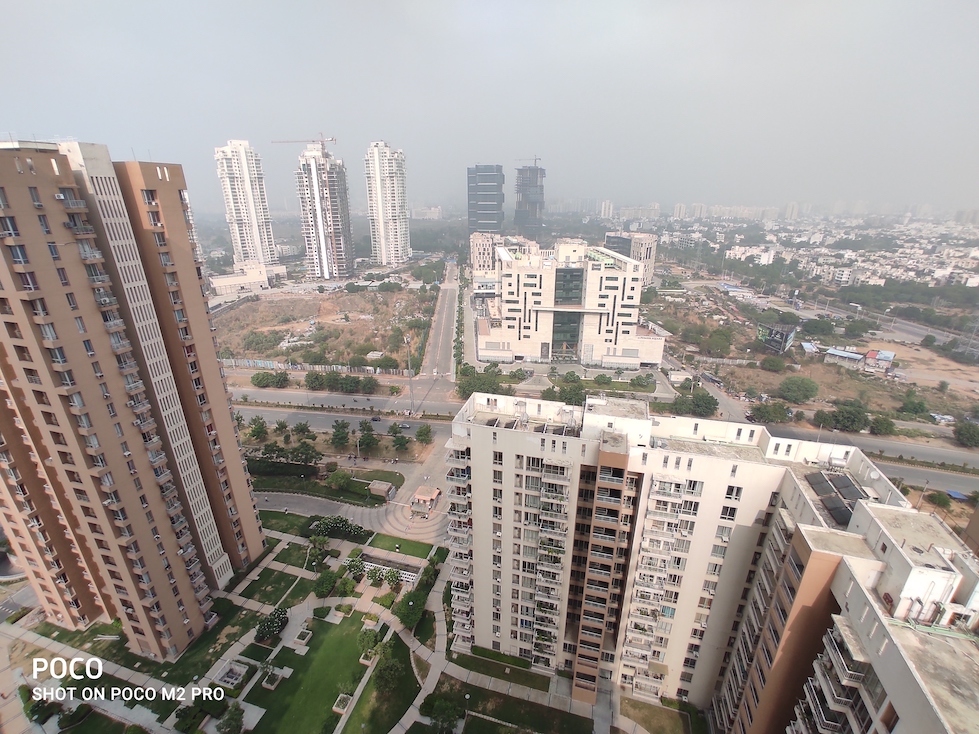 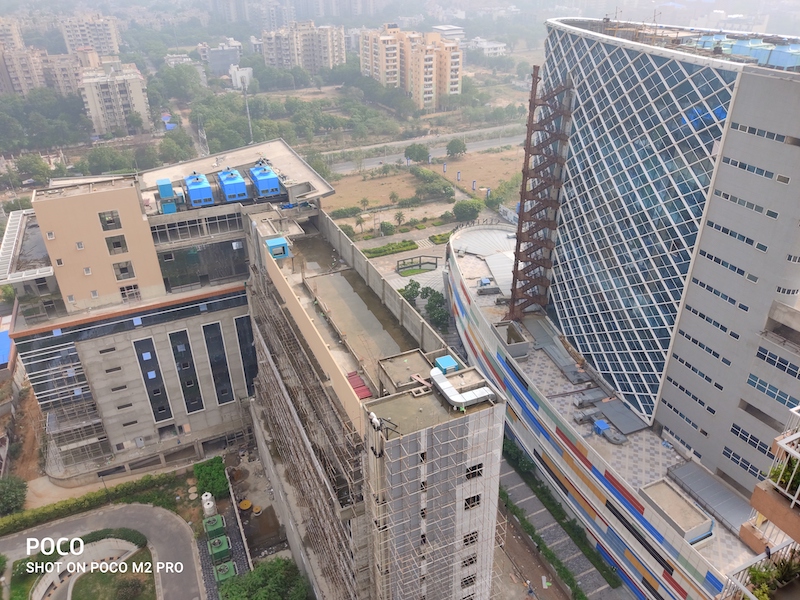 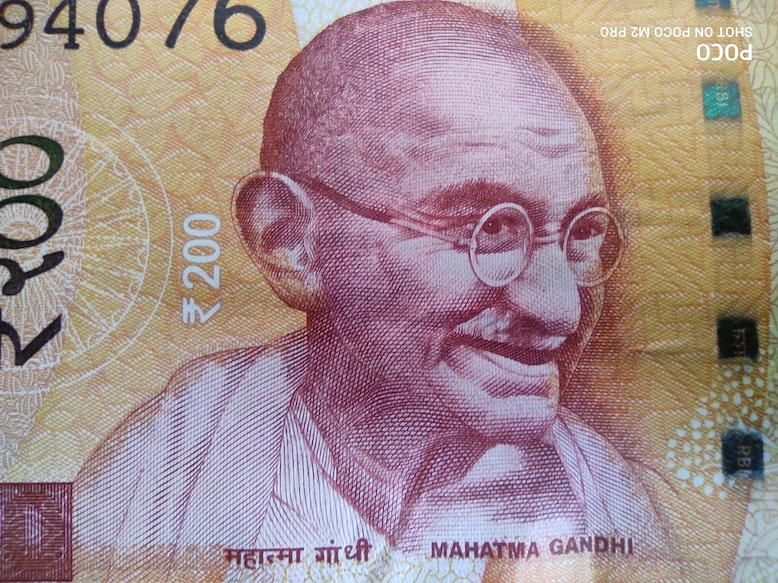 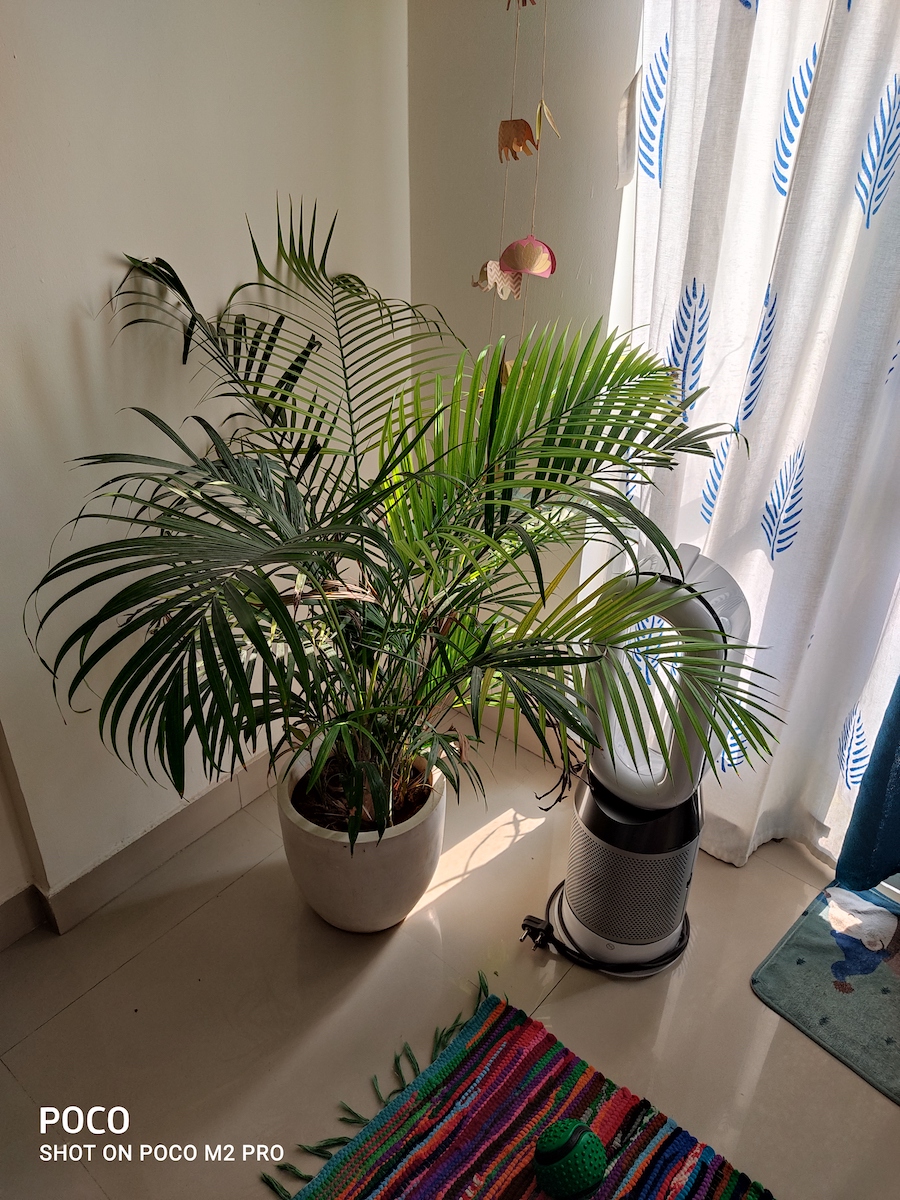 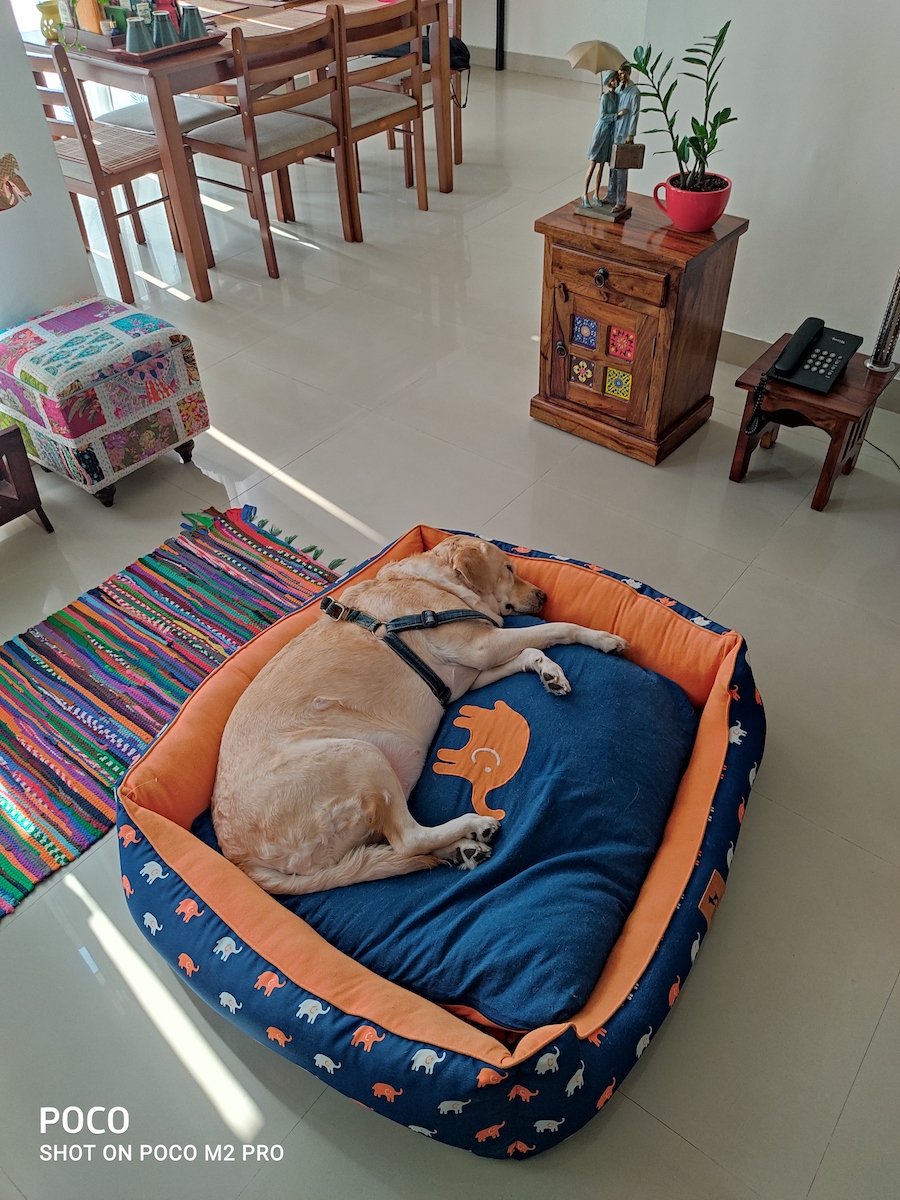 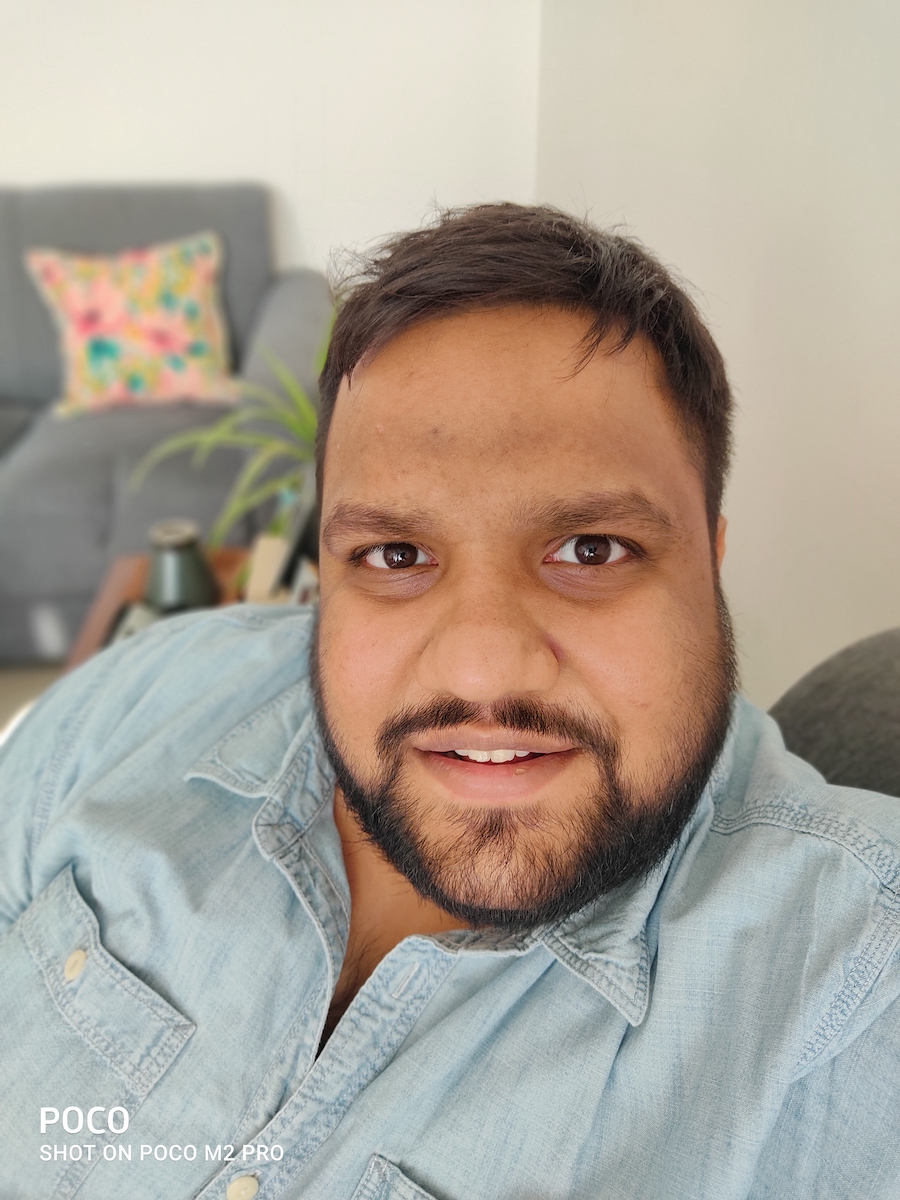 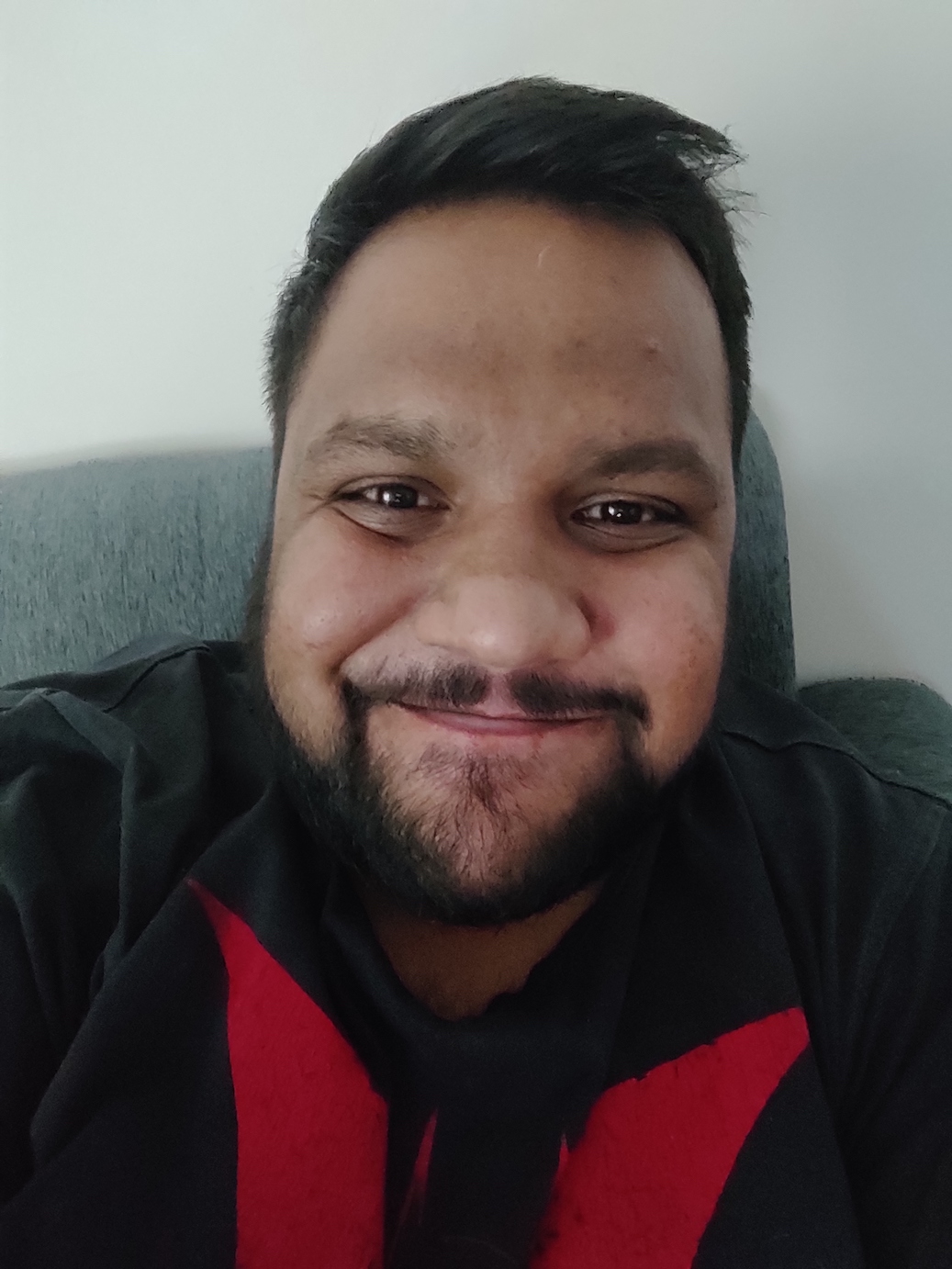 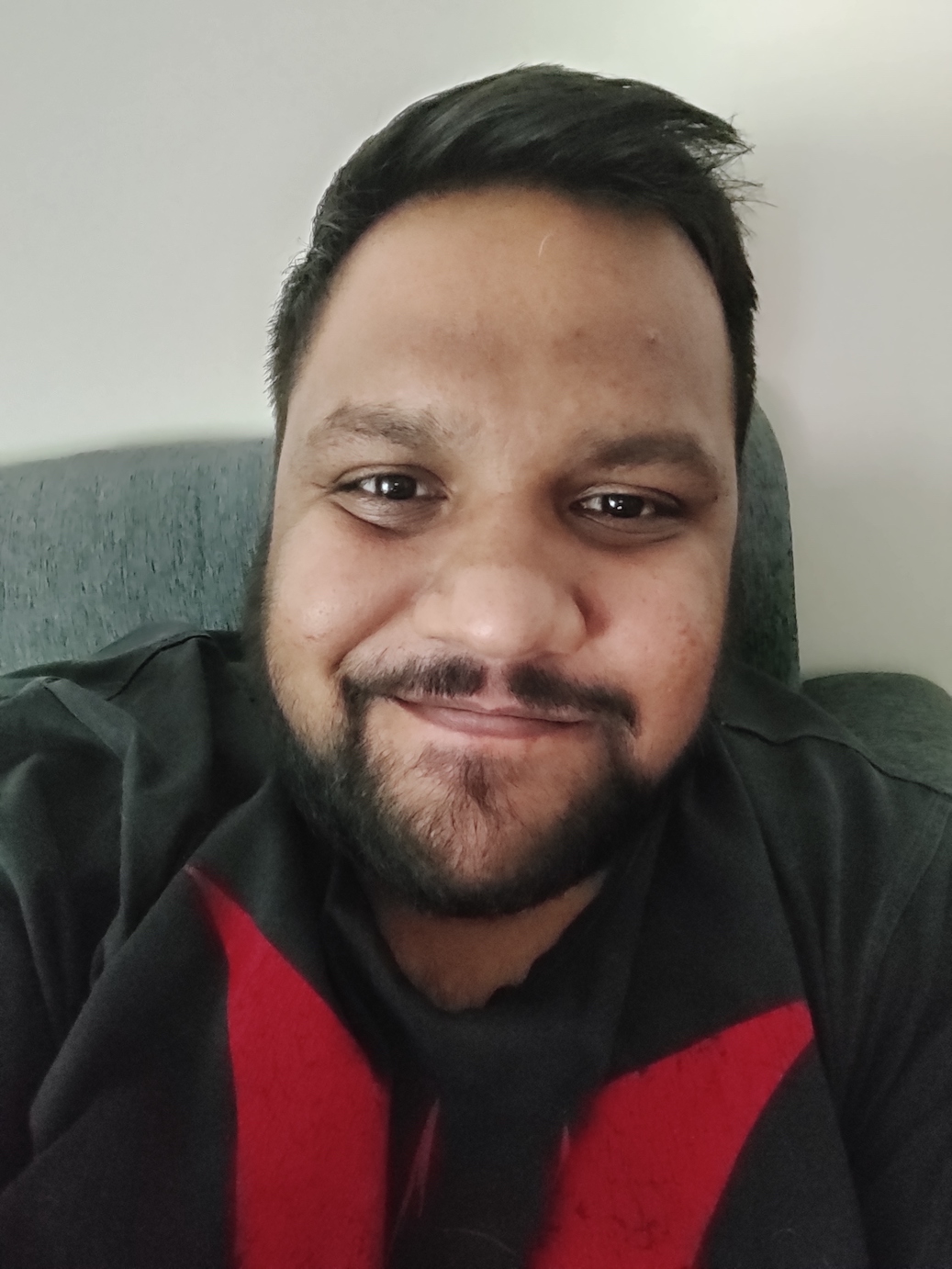 Overall, the camera performance is not too shabby and you will appreciate the picture processing for a sub-15k phone. However — and it might feel like I am playing a broken record here but it is true — the M2 Pro does nothing different from the Redmi Note 9 Pro. You don’t even get an extra shooting mode for differentiation’s sake. Sad.

The internal specs of the Poco M2 Pro are once again the same as the Note 9 Pro/Pro Max. There’s a SD720G chip powering the phone with three different RAM/ROM variants: 4/64, 6/64, and 6/128. It is extremely powerful and responsive. I had a blast playing Call of Duty. Plus the general, everyday performance was top notch too. Really, no complaints. 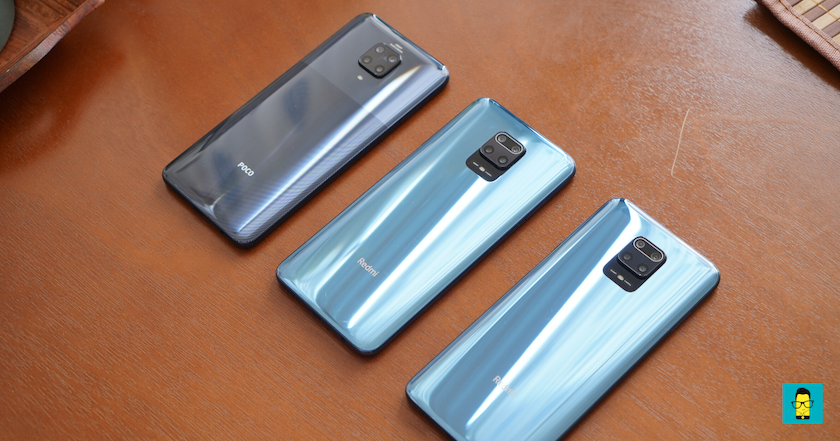 Moving on, the audio performance through the 3.5mm headphone jack was satisfactory and so was the mono speaker. Nothing extraordinary here, really. Again, the 4G VoLTE performance was great on Airtel 4G through and through. No surprises there either.

The M2 Pro has a 5000mAh battery with a 33W charger inside the box. I tested the charging speeds twice and the phone could be charged from 0 to 100 in an hour and 30 mins flat. This is a good 30 mins faster than the Note 9 Pro. Moreover, I got a consistent screen-on-time of over 8 hours on the phone with moderate to heavy usage. This is excellent battery performance.

Should you buy the POCO M2 Pro?

Under 15k, the Poco M2 Pro is a great phone and I’d recommend this over the Note 9 Pro for its ad-free software and faster charging at 33W. Heck, it could very well be the best phone in its price category. Essentially, Poco is trying to continue its strategy of offering the best specs in any price range.

But, I’m worried about the brand Poco. The M2 Pro is a decidedly safe bet and doesn’t do anything to upkeep the legacy of the Poco F1. 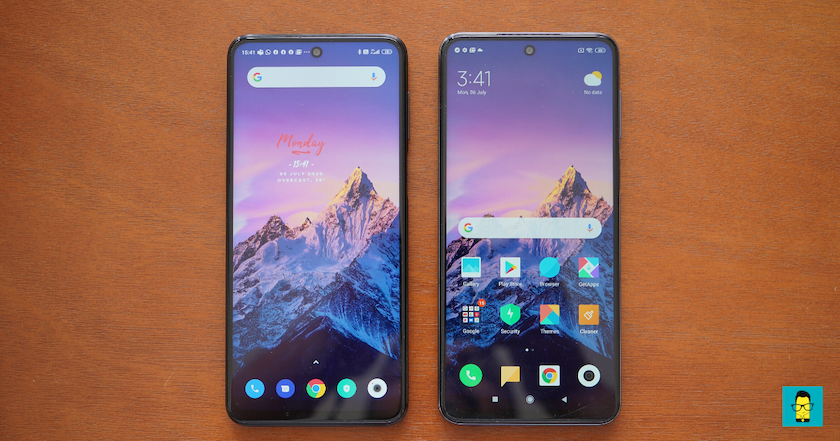 While the Poco X2 had a similar problem, at least it was one-of-a-kind in India because the Redmi K30 never reached our shores. As for the M2 Pro, well…it is merely competing in a space with another near-identical product from its (technically) “parent” company.

Manmohan, GM of Poco, also told me they are a very small startup with limited resources and hence they have to leverage Xiaomi’s inventory. And, therefore the rebadging exercise. Poco’s idea is to reach a certain scale before the upstart can start making its own phones from the ground up, regularly. I’m afraid achieving the scale could become an uphill task if Poco starts losing its identity considering it has become risk averse now.

And yes, I’m aware of the existence of the Poco F2 Pro. Although, I’d like to reserve my judgement on the F series until Poco has a concrete update for us regarding an Indian launch.

On that note, I’ll let you guys ruminate on that closing thought.