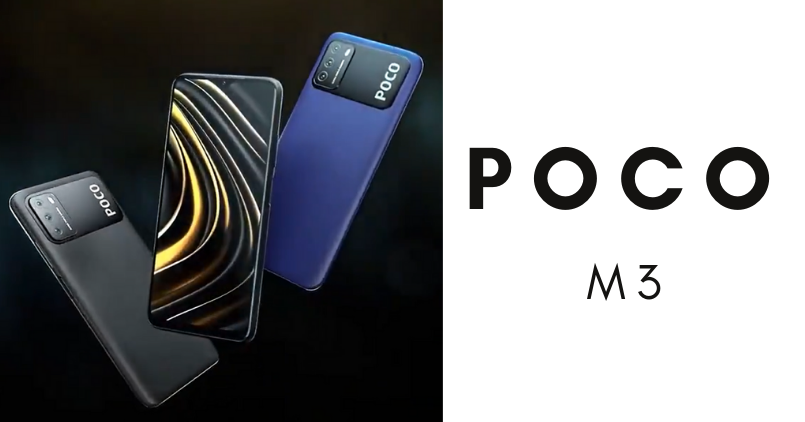 Update (23/11/2020):  POCO officially confirms the next POCO M3 design and few of its specifications. These details are met with the leaked renders and expected specifications mentioned below in the story. This update is to confirm those details. The upcoming M3 will be featuring a 6.53-inches dewdrop notch display. The phone equips Qualcomm’s Snapdragon 662 SoC, and it packs in a massive 6000mAh battery. The launch of the new device from POCO will be held as an online-only event on November 24th. So, stay tuned. 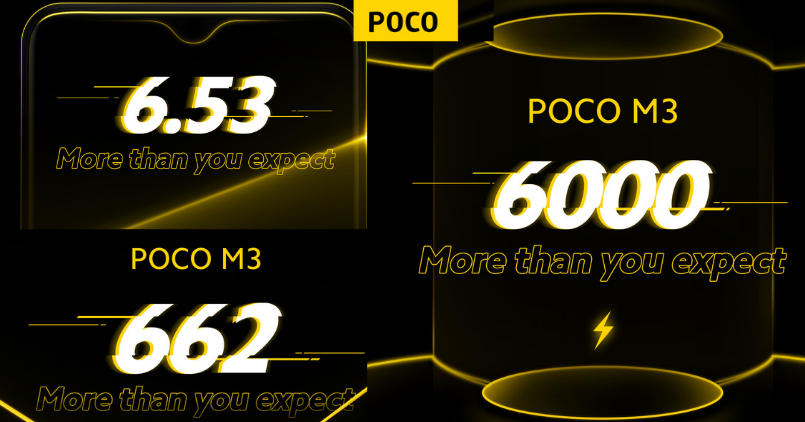 Earlier (Published 20/11/2020 : 17:22 hours) POCO M3 is the next smartphone to be released under the POCO phones existing line-up. It will be launching on November 24th through an online-only event. It is the next anticipated device from the company which will be coming as a successor to the POCO M2 smartphone. While there aren’t official details revealed by the company apart from the launch date, several renders and interesting details are popping up on the web.

POCO’s next smartphone dubbed as #POCOM3 is coming on November 24.

The POCO M3 renders first spotted by folks at 91Mobiles reveal the design of the next mid-range smartphone from POCO. The leaked images also reveal the colour options of the upcoming POCO M3. Going by the renders, we can expect the POCO M3 to feature in Black, Yellow and Purple colour variants. 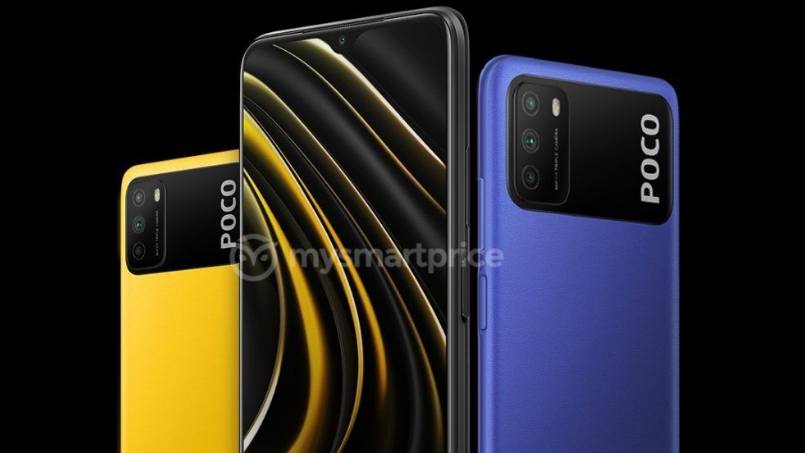 On the other hand, there are few more renders revealed by MySmartPrice in conjunction with the tipster Ishan Agarwal, which show us a closer look of the POCO M3. Valuing the two leaked renders, we can expect the POCO M3 come in three colour variants. The rear panel of the device appears to be coming in a textured finish instead of a glossy or matte finish.

However, the interesting part of these renders showcase a new camera module on the back. The module features triple cameras and fairly resembles the OnePlus 8T Cyberpunk 2077 edition smartphone’s camera module. While the latter had 2077 Cyberpunk engraved on it, the new POCO M3 renders expose its ‘POCO’ branding imprinted on it. Reports claim that these triple cameras could feature a 48MP primary sensor.

Further, the MySmartPrice report indicates that on the POCO M3, the power button features on the right side of the device equipping a fingerprint scanner within. The volume rockers also align with the power button and the other side of the POCO M3 will be featuring a SIM card slot. On the front, there’s a traditional dewdrop display that hosts a selfie camera. This could be a shortcoming for POCO M3 as many of the budget to mid-range smartphones are now featuring a punch-hole display. 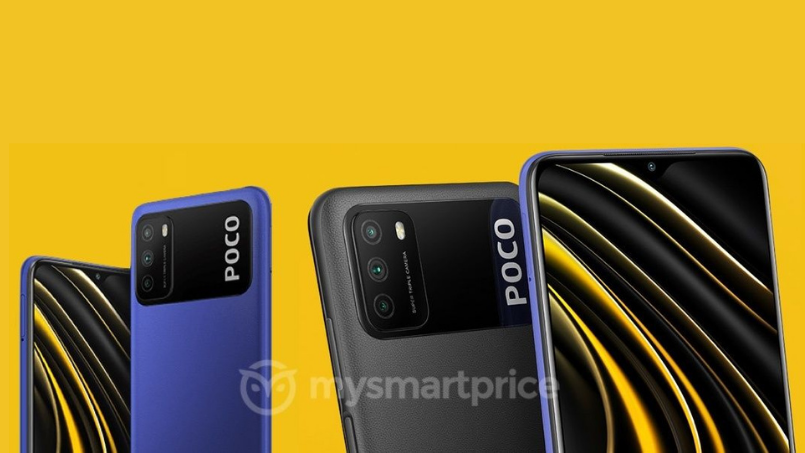 The reports indicate the device will equip a 6.5-inches Full HD+ IPS LCD display. And, underneath, the device could be coming with a Snapdragon 662 SoC. The storage options could start from 4GB of RAM. The 91Mobiles report further points out that it would feature a massive 6000mAh battery with 18W fast charge support. On the software front, the device could ship with Andoird 10 based MIUI 12 out of the box.