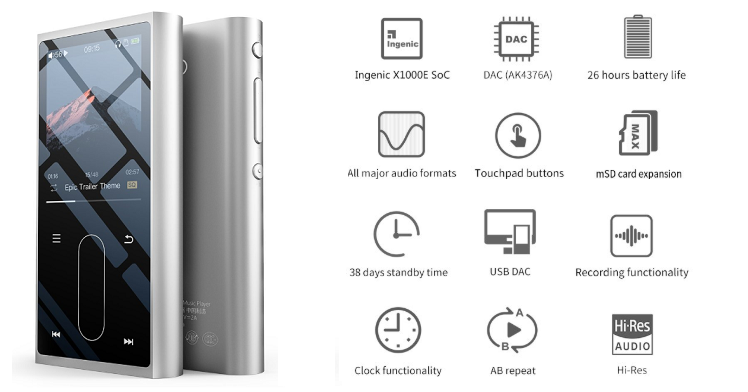 Popular audio products maker Fiio has just announced a highly portable high-resolution music player in India. The Fiio M3K, as it is called, will cost Rs 6,990 will be sold online and offline across the country.

Amongst the many key features of the Fiio M3K, the Ingenic X1000E processor that provides top quality performance while still conserving power is one big selling point. The M3K uses the AKM AK4376A DAC that offers to decode up to 384kHz/32-bit audio with a very low noise floor. Its battery is another stand out feature with the company promising a battery life up to 24 hours and standby time up to 38 days. You can use it for around 3.5 hours every day and it will still last you a week. The M3K also supports lots of lossless audio formats including PCM up to 384kHz/32-bit audio, DSD, CUE files, and LRC files as well. The M3K can also be used as a USB DAC with a Mac straight out of the box. However, for Windows, users will need to install some drivers.

The build and design is also sleek and compact with Fiio using aluminium unibody and tempered glass. On the front, it has a 2.0-inch IPS display with capacitive touch buttons and a one-touch lock screen lock feature. The Fiio M3K can accept up to 2TB of storage via microSD cards. File transfers with USB-OTG is also an option but currently only supports Android phones. For more info on features, visit the link below.

The FiiO M3K has been certified as a “Hi-Res Audio” device by the Japan Audio Society. It is priced at Rs 5,990 on the FiiO.co.in website currently.