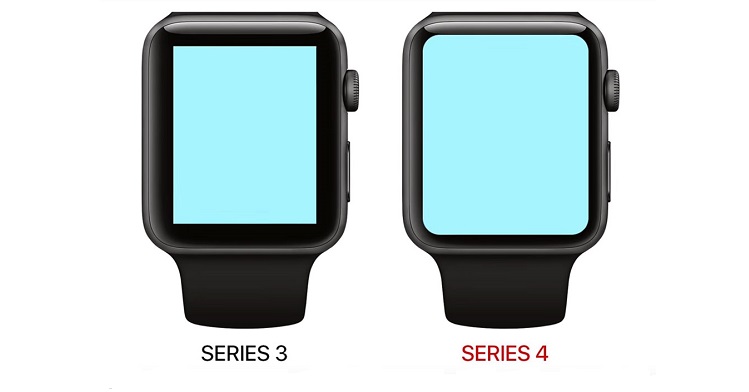 Apple’s Watch is now three year’s old and the wearable has gone three straight years without any big changes to its look and feel. It’s time we some change on that front. That is probably the voice of many Apple Watch fans and it seems Apple will deliver what people are expecting. A recent render from Ben Geskin posted on Twitter appeared a few days back comparing the Apple Watch Series 3 and Series 4 screen side by side. Now, 9to5Mac has ventured deeper into software territory to solve the puzzle.

As per 9to5Mac, they resorted to find details of the new Apple Watch series 4 inside WatchOS beta. The resulting report coming out said that the Apple Watch Series 4 has a 384x480p resolution. This is in contrast to the 312x390p resolution on the 42mm Apple Watch model. As for the 38mm, its screen size expected to remain the same as last time. The increase in resolution speaks of a larger display that would be accommodated by sacrificing bezels on all sides. The publication also tested the latest Xcode beta by simulating the new changes and it found a pixel density of 345ppi. 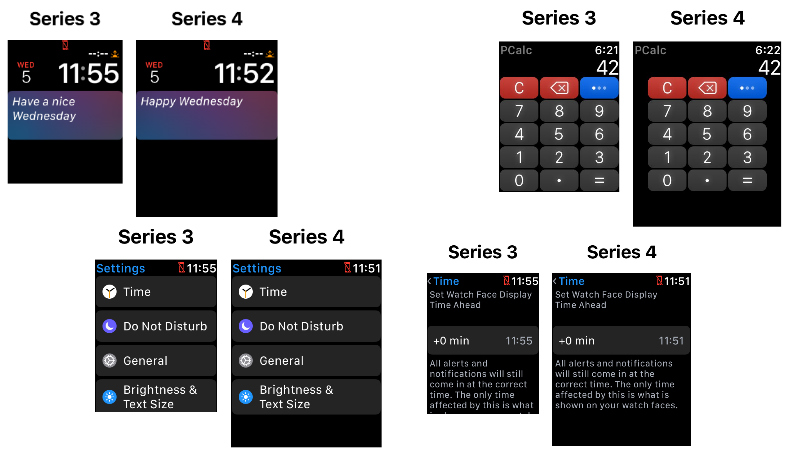 9to5Mac also states that Apple will be creating new watch faces specifically for the enlarged screen. Also, the newfound space will allow more space for all the apps. However, it also means that third-party app developers will have to make adjustments to their apps to fit the new display. You can see the difference in screen space depicted in the image above as experimented by the source.

Apple is thought to be launching the Series 4 along with the new trio of iPhones that is sure to get noticed across the global stage on September 14.