Qualcomm and Apple settle the two-year battle for patents; ink a licensing deal 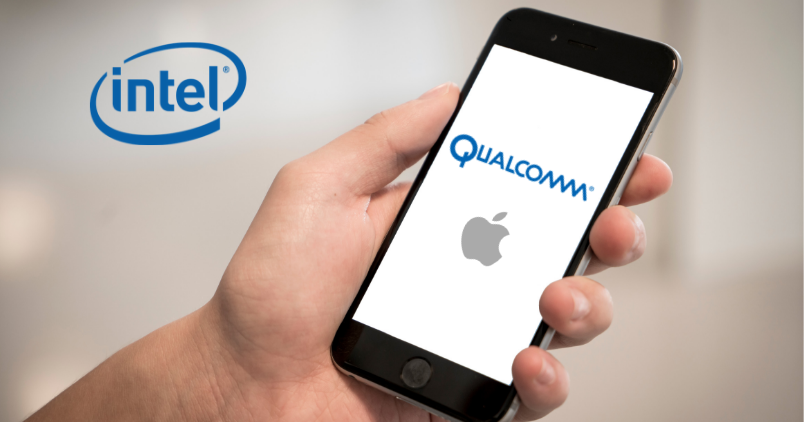 Two world leaders in their respective fields have finally buried the hatchet today. After the two years fighting in courts in the US, China, Germany, and other countries. Apple and Qualcomm have today settled the patent battle. Stating on their respective newsrooms, both the companies have dismissed all of the global litigation cases.

The Cupertino giant is said to make a payment (amount undisclosed) to Qualcomm according to the joint statement. Further, there is a six-year licensing deal that Apple has went into with Qualcomm. It includes a two-year option to extend and multiyear chipset supply agreement. Interestingly, this agreement went effective from April 1.

What did Qualcomm-Apple Deal mean for future iPhones?

Just hours of the license deal announcement with Qualcomm, Intel shared a press release stating that they are dropping out of the 5G race to manufacture the supplies for iPhones scheduled for 2020. As per the statement, Intel has put out, it is believed that Apple may suffer from the lack of 5G ready modems as the original supplier (Intel) does not expect to supply the chipsets in 2020.

The company quoted that it will keep meeting the current demand of 4G smartphone model product line. Do make a note that Intel has been a chief partner of the Cupertino giant for manufacturing the chipsets for iPhones. Since 2016 it has been relying on Intel modems.

Apple does manufacturer its own processor, but it has to heavily rely on third-party chipset makers for network connectivity. This deal would mean Apple would now have only one chip provider, i.e. Qualcomm. Further, it is unknown whether the newly inked deal involves paying royalty fees or not, which have been the primary reason for Apple to take the fight to court.