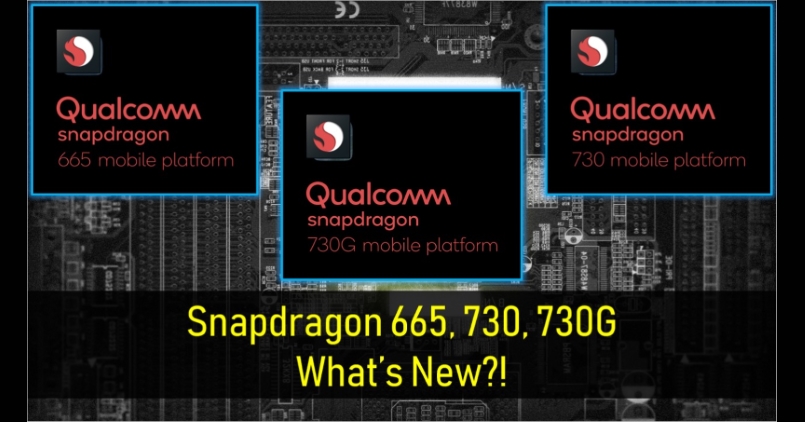 Based on the 8nm architecture are both the Snapdragon 730 and 730G processors. Frankly speaking, they’re both quite identical. They both come with Kryo 470 octa-cores clocked at 2.2GHz. As for the GPU, you get the new Adreno 618. The newer chipsets also add on to the camera capabilities, with support for up to 48MP and 22MP single and dual lens respectively.

However, the differences lie in terms of gaming performance. You see, the “G” in Snapdragon 730G stands for gaming. The processor is specially tuned to provide better gaming performance. While it does feature the same CPU and GPU as the standard Snapdragon 730, it comes with Select Snapdragon Elite Gaming features. This includes support for True HDR10 gaming, as well as a max display resolution of up to 1440p.

It goes without saying that the Snapdragon 660 and Snapdragon 710 are the budget kings. The SoCs are already found in a majority of mid-range as well as budget flagship devices. With the introduction of the latest chipsets, Qualcomm hopes to improve upon its success. At the time of this writing, there are no confirmed devices with the Snapdragon 665 or the Snapdragon 730. However, we expect them to start rolling out soon. Stay tuned to Mr. Phone to stay up to date with all the buzz in the smartphone world.