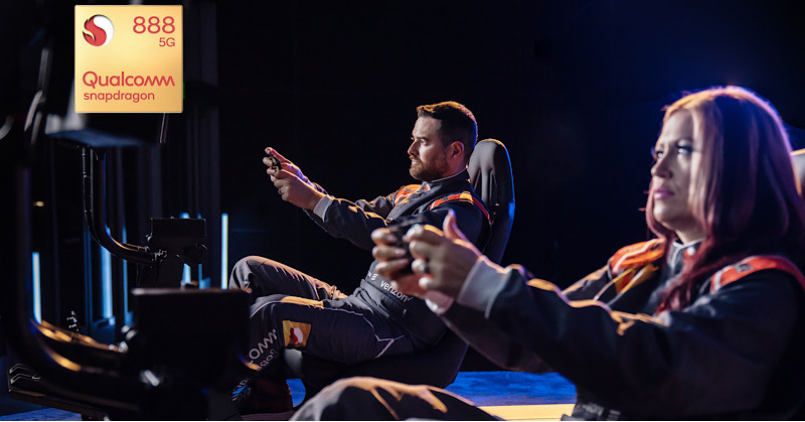 Qualcomm Snapdragon 888 is the new flagship processor that will power the majority of the premium Android smartphones next year. The SoC got announced on the first day of the Snapdragon Tech Summit. While the chipset maker gave a sneak peek of what to expect from the 888 — on the first day, the second day of the event has provided all the prominent features the new 888 SoC got to offer.

The key features that the new flagship 888 SoC highlights as developments involve 5G, gaming, AI, and cameras. Well, these are the essential improvements users expect from every premium SoC, year after year. That said, the Snapdragon 888 here promises an overall 35% improvement in performance on its predecessor — the Snapdragon 865 SoC.

Before getting into the performance part, let us look at 5G enhancements as it has got some significant changes as well. For the first time, Snapdragon integrates its latest X60 5G modem right onto the new 888 SoC. It essentially does eliminate the need for adding external 5G modem for manufacturers on their devices. This gives them extra space, which further can be utilised for a bigger battery or other essential components. 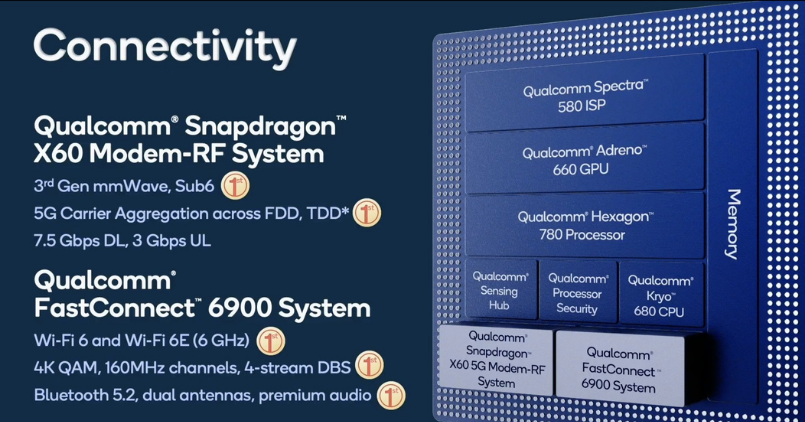 The new 5G modem further supports 5G mmWave and Sub-6GHz spectrums. The chipset on 5G, promises to deliver download speeds of up to 7.5GB per second and upload speeds of up to 3GB per second. Besides, there’s Qualcomm’s FastConnect 6900 system which brings in Wi-Fi 6E and Wi-Fi 6 support. Along with dual-band, the chipset is now capable of handling 6GHz Wi-Fi spectral bands as well. The other connectivity options include Bluetooth 5.2 support.

The Snapdragon 888 equips new Kryo 680 CPU cores with clock speeds of up to 2.84GHz. The chipset also features ARM’s Cortex-X1 technology that claims to deliver a 25% increase than the predecessor chipset. For the first time, Qualcomm has built the new 888 chipset on a 5nm process with 64-bit architecture and joining the likes of the latest Apple’s A14 Bionic, also built on a 5nm process.

Along with the suite of elite gaming features, Qualcomm also brings a new Adreno 660 GPU for graphics on the Snapdragon 888 SoC. This new GPU also promises to increase in overall 35% performance over the older chipset. Qualcomm is also introducing Qualcomm Quick touch, which lowers the touch latency speed during gameplay. In terms of memory, the chipset can support up to 16GB of RAM. As for the display, it enables support for up to 144Hz refresh rate display.

The cameras also get notable improvements on the Snapdragon 888 SoC. It now features Qualcomm’s Spectra 580 ISP, which claims to be 35% faster than the previous chip. For instance, the new ISP allows users to capture three 4K videos simultaneously, which is equivalent to three 28MP photos. It further allows for capturing true 10-bit HDR. 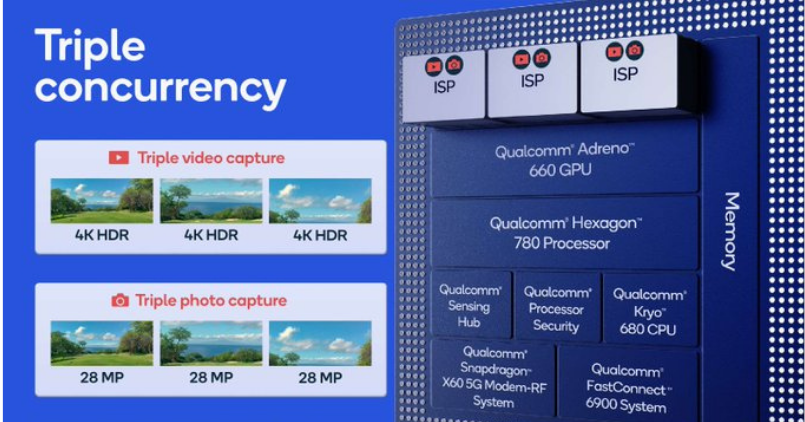 The processing speeds include 2.7Gigapixels per second or capturing 12MP burst photos at 120fps. There’s photo capture support for up to 200MP. This includes either up to 84MP on a single lens or dual lenses comprising 64MP+25MP at 30fps. Moreover, there’s 4K recording at 120fps support on the new 888 chipset.

The other highlights of the new Snapdragon 888 SoC include USB version 3.1; USB Type-C, Qualcomm’s Quick Charge 5 Technology, and Qualcomm second-gen sensing hub, which enables devices to be contextually aware of the surroundings utilising less power.

All in all, the new improvements are quite significant for the next-gen Snapdragon 888 processor. We can witness this processor in 2021 Android flagship smartphones. Major OEMs like Xiaomi, realme, and OnePlus have now announced their next flagship will feature the next flagship processor — the Snapdragon 888.