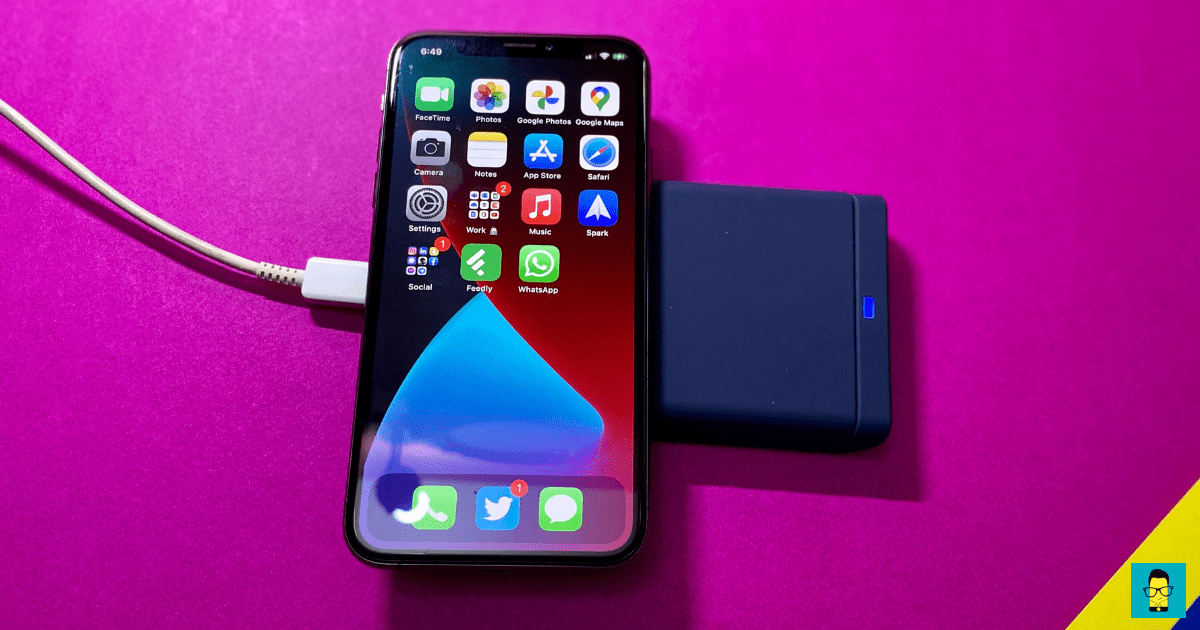 Wireless chargers are always a neat addition to your desk be it at the office or home. Amidst the tough times work from home has been the new norm for many and having a portable charger that fits well to your desk is an ideal choice you can make. Back in the day, getting a certified wireless charger had been tedious and expensive. That isn’t the case anymore. 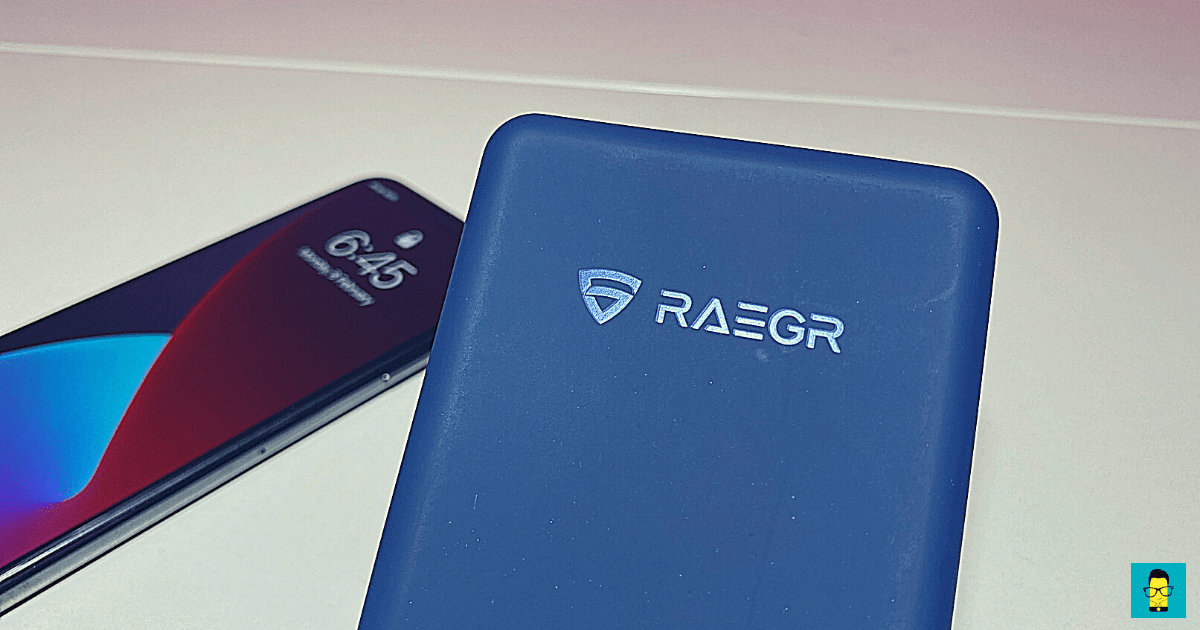 RAEGR is one such brand, which makes wireless chargers cost-effective, safe, and fast at the same time. The company has launched the Arc 1100 [2-in-1], not long ago, and we have received it for review. It’s a wireless charging stand compatible for all wireless charging supported smartphones and acts as a wired dock for Apple AirPods and Apple Watch as well.

The RAEGR Arc 1100, on the design front, looks pretty much like a traditional wireless charging device. However, it features an anti-slip design, which includes a silicone material utilized on the charging pad. In our testing, we primarily used it for iPhones — iPhone Xs and the iPhone 11. The Arc 1100 did a decent job of sticking them well, despite the phones featuring a complete glass finish. And, it sure is an anti-slip design, as acclaimed. 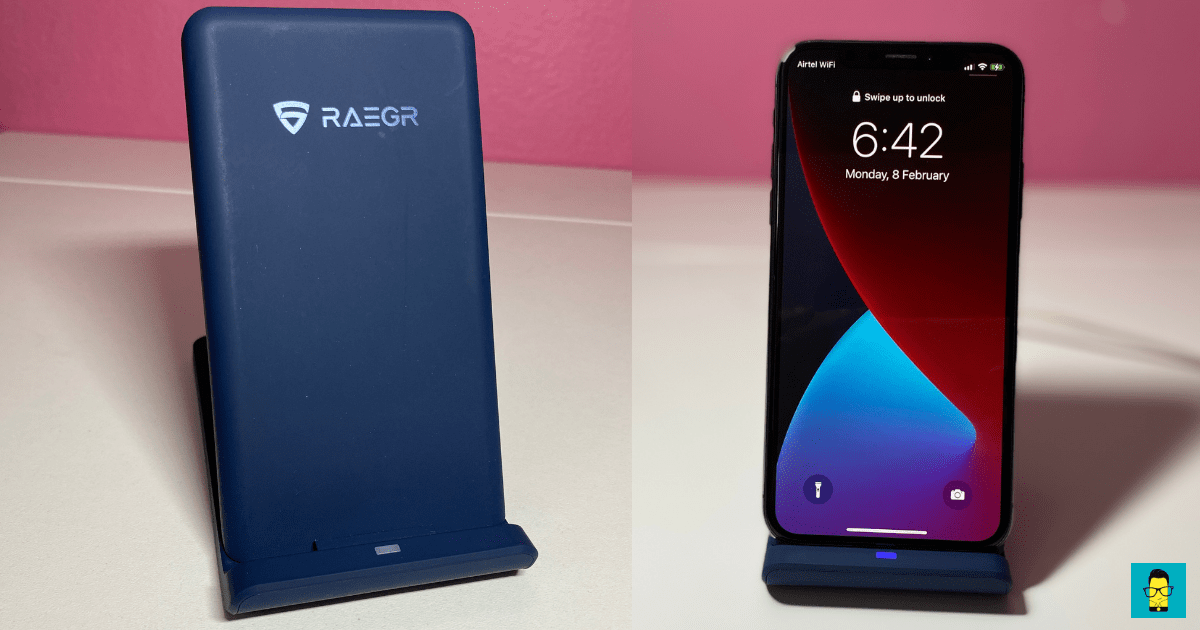 Moreover, the other highlight of the Arc 1100 wireless charger is — it features an ergonomic and foldable stand, and you can charge your smartphone by laying it flat or placing it vertically. The silicone finish works well in both scenarios — thanks to its firm grip. On the whole, the charging pad utilizes some plastics too — be it in the stand or on the edges, which doesn’t look cheap, but certainly makes it light in weight and portable as you can slip it in your backpacks.

As mentioned above, it’s a 2-in-1 charger, and when laid flat you can charge the device by placing it flat on the wireless charging pad. However, when unfolded you can place the phone vertically and the unfold opens up another wireless charging module beneath the folding structure, wherein you can slip in much smaller accessories like Apple AirPods, Galaxy Buds, or Apple Watch, for that matter. The dock underneath features magnets, which would hold a firm grip of your device preventing it from slipping down. 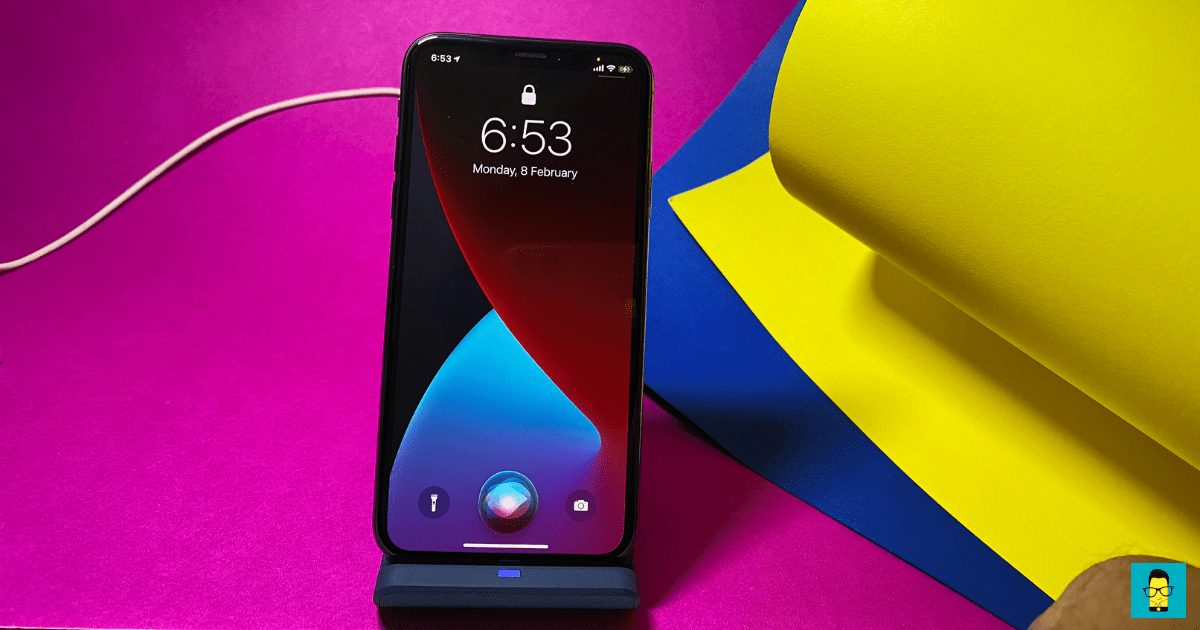 The vertical stand is indeed the ultimate way to charge your iPhone or any other wireless charging supported smartphone. That’s because it practically acts as a stand for your phone, which means your FaceID works flawless, you can go through messages, emails, make phone calls, or even watch videos without holding the phone more often.

Another practical use case scenario, which we felt ideal especially in the work from the home scenario is that it can be used as a stand during conference/video calls. We have to admit your smartphone selfie cameras do a better job rather than most of the laptops’ webcams, and also office video calls often eat up your battery. The Arc 1100 fixes both these problems when used unfolded. Meaning, you place the phone vertically and place it accordingly on your home/work desk so that it works for your video calls, and charges the device simultaneously. Plus, you can slip on your wireless earbuds case to charge it on the magnetic dock beneath the charging pad. 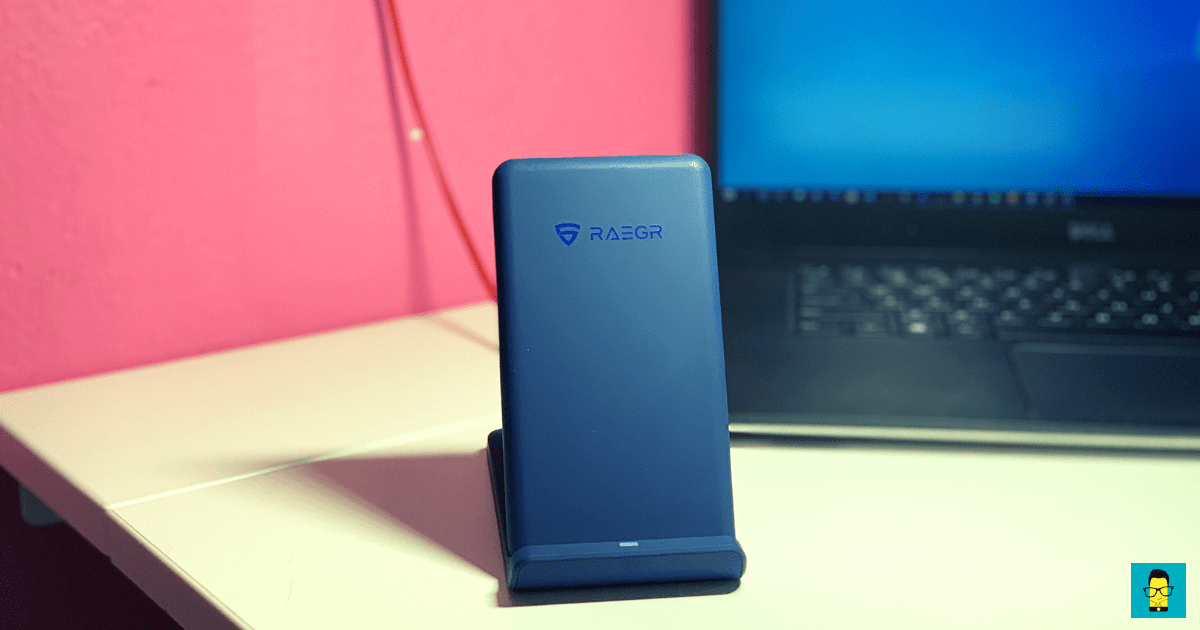 The RAEGR Arc 1100 wireless charging stand checks all boxes when it comes to design and use case scenarios. It is portable, can sit at a corner of your desk, do all the essential tasks like charging multiple devices (including phone and wireless charging capable accessories like AirPods), has a better grip, and can act as a stand for your iPhone even though it isn’t charging the device. And, we would recommend you to use the Arc 1100 unfolded to take full advantage of the wireless charging stand capabilities.

The Arc 1100 equips two modes — Stand Mode and Folded mode, as suggested earlier. In stand mode, you can charge Qi-Enabled phones and for example, AirPods, instantaneously. The charging stand utilizes dual coils, underneath, which allows users to charge their Qi-enabled phones with the stand lying flat or when folded. 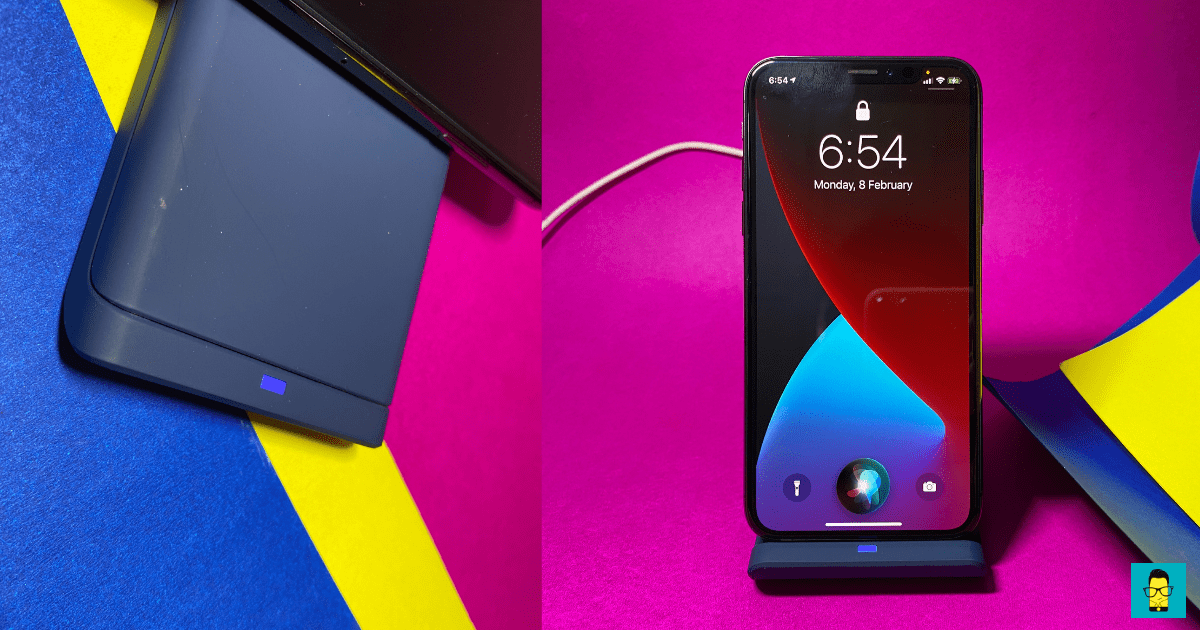 In our testing, as mentioned earlier, we have used two iPhones, while the iPhone Xs took around one and a half hours to fully charge, the iPhone 11 merely took two hours. This appeared to be quite decent through wireless charging. However, if you want 50% faster-charging speeds, there’s an included 18W adapter option available for a couple of bucks more. This could significantly improve charging speeds as well. 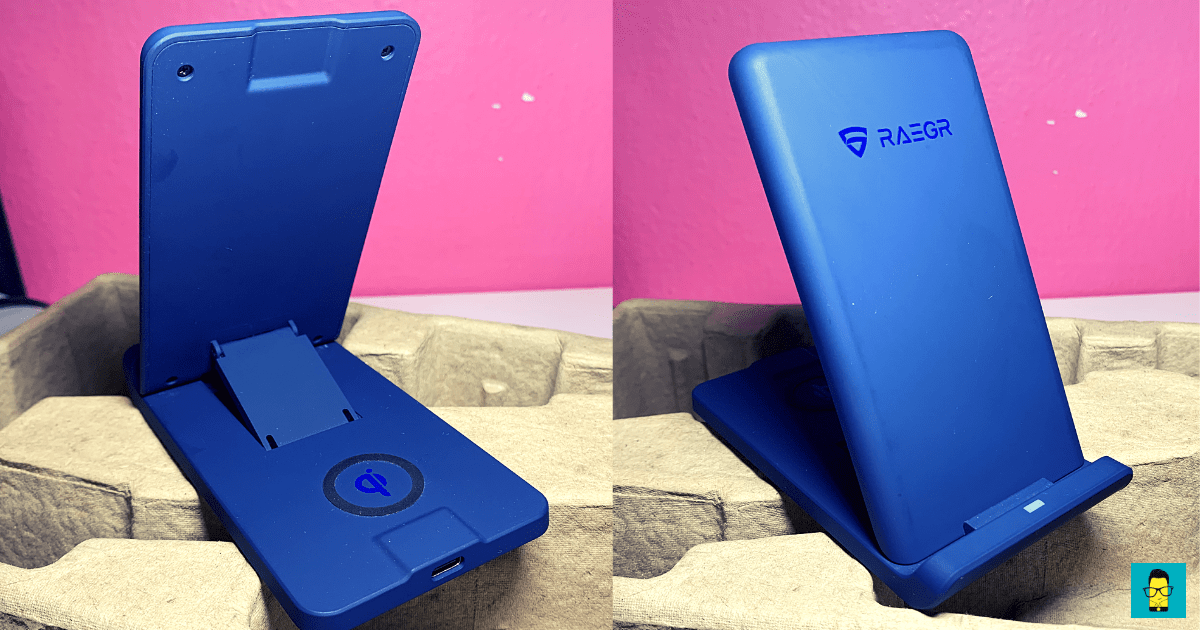 Under the stand, there’s another coil convenient to charge your smaller accessories like AirPods charging case or other Qi-enabled wireless earbuds with case. The coil underneath delivers a 5W output, which is adequate to smaller accessories. Moreover, RAEGR is providing safety features equipped in the Arc 1100 charging case that includes — over-voltage protection, over-current protection, temperature control, short circuit and as well as foreign object detection.

Moving on, there are certain elements which require to be addressed before you’re interested in buying the Arc 1100. RAEGR states the acclaimed charging speeds might differ if you are using a case, which is thicker than 6mm. And, also before placing the phone on the wireless charger, users should be aware that there are no metal objects like cases made with iron, or any other metals in general equipped with the respective phone. 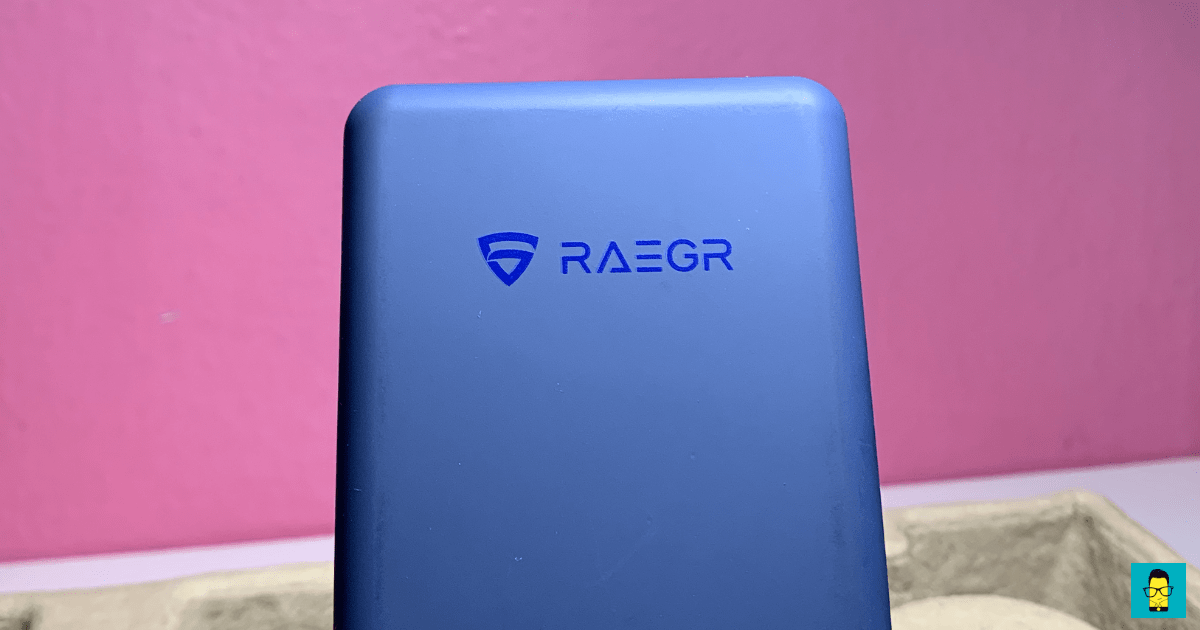 The RAEGR Arc 1100 [2-in-1] wireless charger will essentially suit your needs and make your smartphone or other accessories charging experience hassle-free, especially without cables. It just needs a cable and the ergonomic folding stand can sit across your desk and charge your iPhone and AirPods, for instance, simultaneously. Not just iPhones but other Qi-enabled phones and accessories, in general.

With the iPhone 12 series, Apple introduced MagSafe accessory to charge the iPhone and Apple Watch simultaneously. But, that’s expensive and only for iPhones. If you’re using iPhone X and above the Arc 1100 is a safer bet and perfect companion on your desk. If you still don’t want to use Apple’s expensive MagSafe chargers then there are other options from the company. RAEGR has also got you covered with their latest MagFix Arc chargers for your iPhone 12 (s).

The RAEGR Arc 1100 wireless charger costs Rs 2,499. And, with 18W adapter included it costs Rs 2,799, both of which certainly justify their costs to what they offer. It is available in two colour variants — Navy Blue and Sandstone Black.