Razer Phone 2 spotted with Snapdragon 845 again, this time on AnTuTu 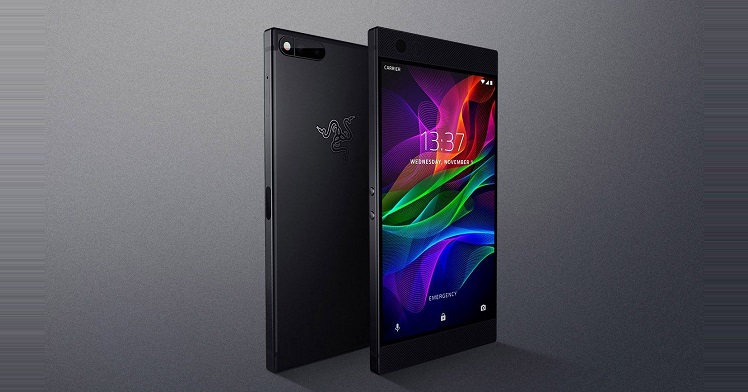 We recently reported that a sequel to the first ever gaming phone – the Razer Phone is in the works. Well, this was declared by the company itself and this was the first we heard of the Razer Phone 2. Now, the alleged handset has been made to walk the treadmill at AnTuTu and there’s some interesting stuff here.

The Razer Phone 2 is shown to feature a Snapdragon 845 chipset, the same SoC that will be replaced by a Snapdragon 855 in around two months. Now, this is a big bummer for Razer Phone enthusiasts as they would be buying a dated processor. If you’ve still not given up with the handset, it features 8GB of RAM and Android 8.1 Oreo. That’s pretty standard stuff. Perhaps the headline grabber could be the 512GB of storage on the heavy gaming slab. 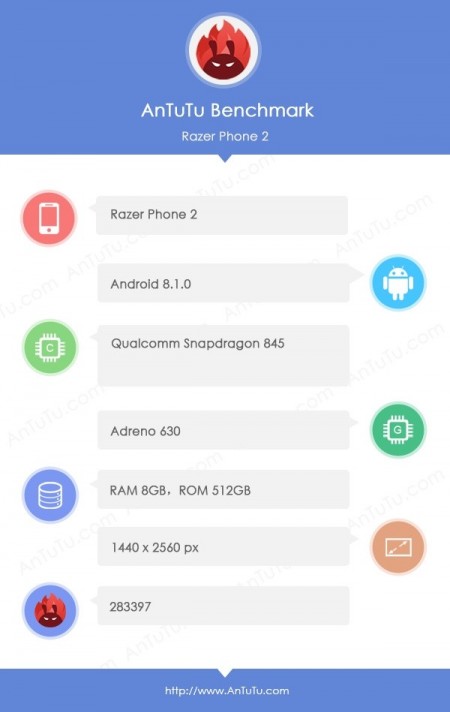 Also, the screen resolution is mentioned as 1440 x 2560p which translate to QHD. This would mean that we could see the same display and design we saw last year provided this benchmark has not been duped. Besides, AnTuTu, the Razer Phone 2 was spotted on Geekbench with a completely similar spec-sheet. If both these benchmarks turn out to be true, then I’d be quite disappointed with the upcoming gaming smartphone

Among other related news, Nubia is bringing the Red Magic 2 with a Snapdragon 845 to market soon. The exact time isn’t yet known but the handset made an appearance at IFA 2018.

There are no exact launch dates or even official hints of it anywhere right now. However, we’ll be sure to notify you once we do find something substantial.