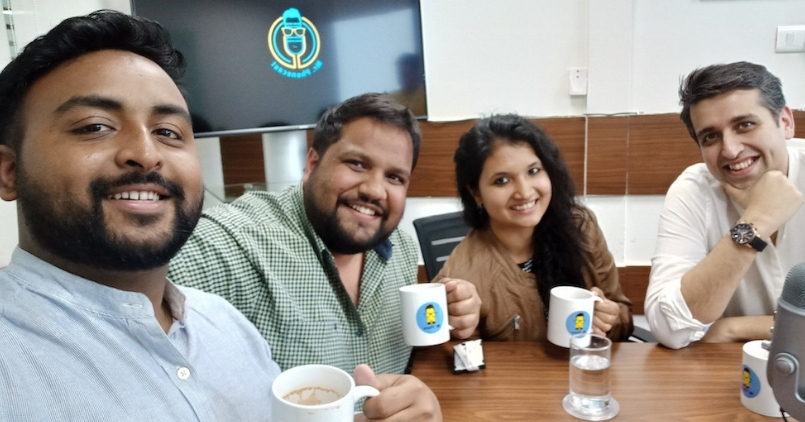 Realme 3 launch is just around the corner, it would be an understatement if we call it one of the most anticipated phones under Rs 10,000. While the launch doesn’t happen until next week, today we bring you the first selfie taken on the all-new Realme 3. And, we have exclusive information that the phone will come with Google Lens out-of-the-box.

Also read: Realme 3 is all set for March 4 launch in India

About the first selfie from the Realme 3, you can see our Mr. Phone YouTube channel hosts, Ershad and Sreehari, sitting alongside CEO of Realme, Madhav Seth and product manager, Nidhi Bhatia in the selfie. The selfie that you see was captured when the Realme team came to Mr. Phone’s office to record our debut podcast that is live on our YouTube channel. You can watch the video below. In this video, Madhav and Nidhi have talked about Realme’s efforts to bring affordable flagship-grade smartphones to its Indian consumers.

We won’t comment on the quality of the Realme 3 selfie camera experience right now (embargo and whatnot), rather we’d like you to be the judge of it. 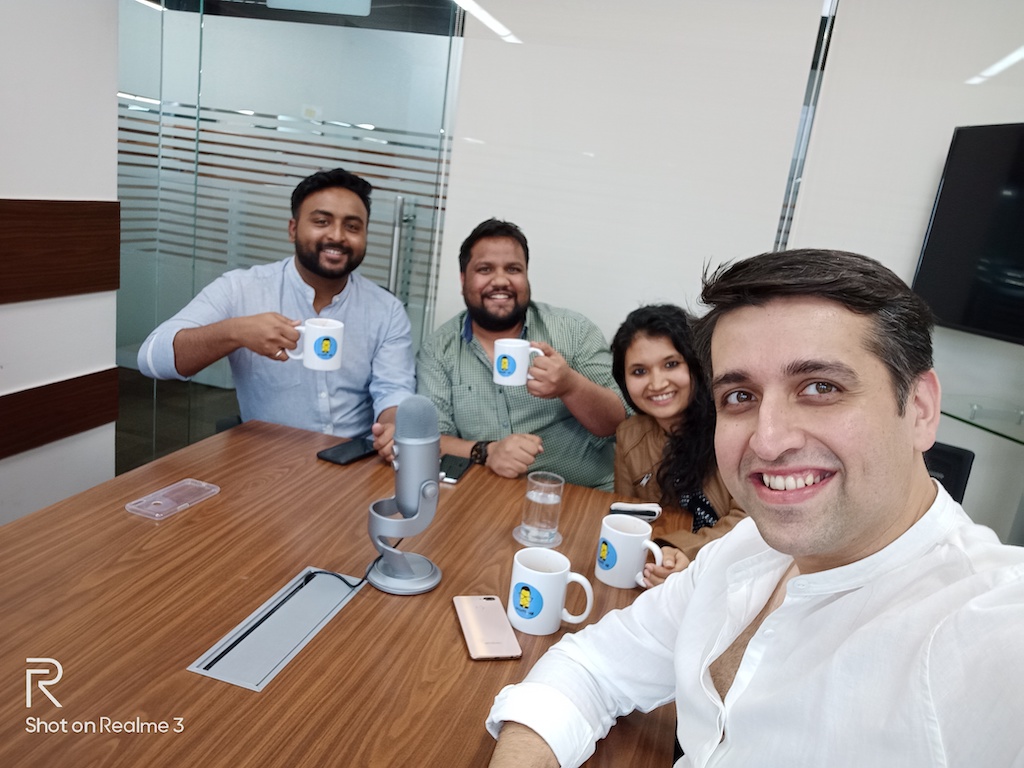 What do we know so far about the Realme 3?

Now here’s some more exclusive that we bring to you.

While we already saw GSMArena posted and mentioned the night shots taken from the Realme 3. We have got confirmation that Nightscape does not essentially mean that it is for only landscape photography during the night as is the case of OnePlus 6T. The Nightscape mode will work with regular night shots as well.

The new Realme 3 is going to be a splashproof handset. What does that mean? It means that you don’t have to worry when you accidentally spill some water on the phone. Let us clear that waterproof and splash proof are two different things. Realme 3 would be able to resist the splashes of water, but not completely prevent getting water from getting inside. We presume this will be something akin to the P2i coating used by the Redmi Note 7 and the Note 7 Pro.

So, are you guys excited about the Realme 3? Do let us know in the comments section below.