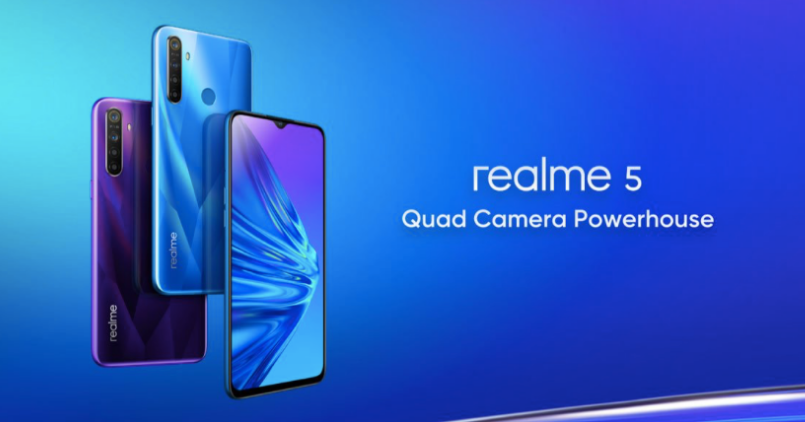 This new Realme phone will retail in two colour variants including Crystal Purple and Crystal Blue. Sporting a 6.5-inch, it will be larger than its Pro sibling but will have an HD+ display compared to FHD+ on 5 Pro. It will weight at 193 grams and have a thickness of 9.3mm. There’s a reason behind its weight and thickness, and it’s not metal.

Under the hood, you will see a Qualcomm Snapdragon 665 processor running the gameplay. It clocks at 2.0 GHz and is based on the 11nm process. Supporting the chipset will up to 4GB of RAM and up to 128GB of storage. There will be three different configurations including 3GB + 32G, 4GB + 64GB, 4GB + 128GB. It will be running on the ColorOS 6.0 based on Android Pie.

The Realme 5 will be sporting quad-camera setup on the rear. The quad-camera setup includes a normal lens, wide-angle lens, macro lens, and a portrait lens. Where primary lens is of 12MP having f/1.8 aperture offering features like Night-cap, Chroma Boost and HDR. 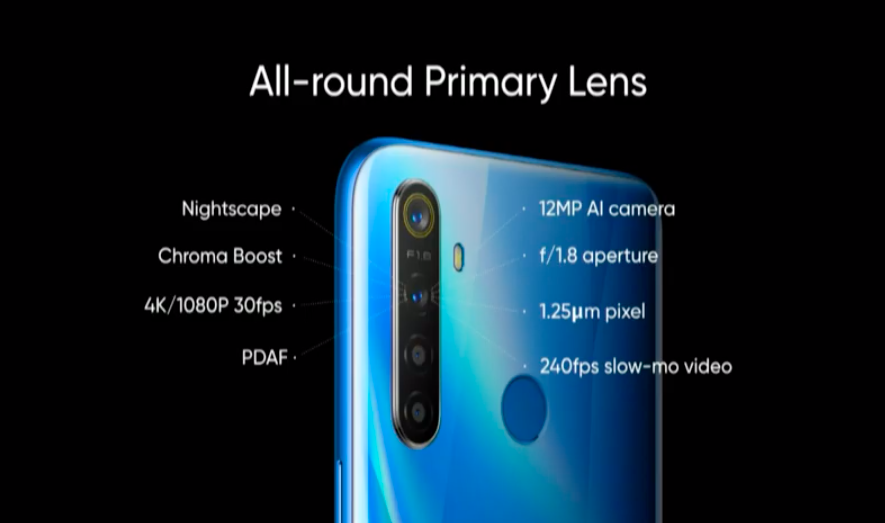 As far as the biometric security is concerned, it will be offering a fingerprints sensor on the rear. Plus, there will be a Face Unlock support as well. The connectivity support includes Bluetooth 5.0. The battery capacity of this phone is 5000mAh, which is quite huge. There won’t be any kind of fast charging support, unfortunately.